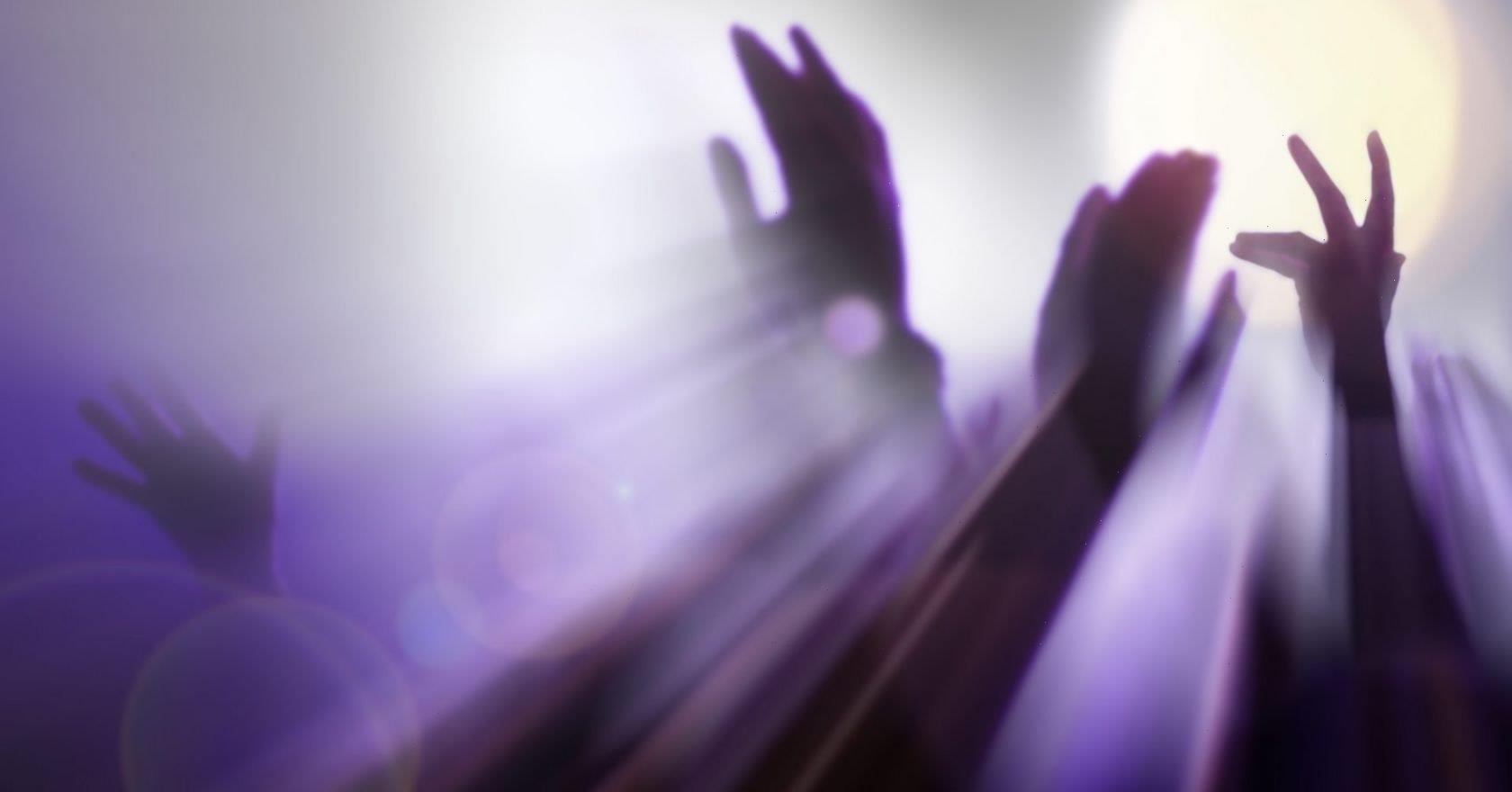 Updated on 5 November: The increase in drink spiking and spiking by injection on night’s out is leaving some women “too scared” to go out with friends.

Chloe Ward, 22, told the BBC that she collapsed and lost consciousness for several hours while out in Ipswich at the weekend.

“As much as I want to have fun with my friends, I don’t feel safe, I don’t want to go out,” Ward commented. “I feel scared because it’s been a traumatising experience…It can happen to anybody, we are all vulnerable.”

She was seen by paramedics and the next day found a bruise by her hip and a pinprick hole in her jeans, which she believes were caused by spiking at the Revolution bar in Ipswich during the early hours of Sunday.

Suffolk police are currently investigating the incident, which was among four reports of drink and needle spiking made in the county at the weekend.

Humberside Police also received 27 reports of spiking incidents in the month of October, the highest number since the end of lockdown restrictions.

The National Police Chiefs’ Council (NPCC) confirmed that there have been 198 confirmed reports of drink spiking in September and October across various parts of England, Scotland, Wales, and Northern Ireland, plus 24 reports of some form of injection.

However, despite the fact drink spiking has long been a growing problem in the UK, charities and campaigners have suggested that incidents are often “dismissed” by both the police and the NHS, which generally does not carry out blood and urine tests to check if victims have been spiked.

Speaking to the Independent, Helena Conibear, chief executive of the Alcohol Education Trust, said those who report drink spiking find it is frequently “not taken seriously” by the police and the NHS, and that many victims fear that they are not going to be believed due to their memory being “hazy”.

As reported on 28 October: On Wednesday 27 October, women from university cities including Nottingham, Bristol, Manchester, Leeds and Bournemouth avoided bars and clubs as part of the Girls Night In campaign, after hundreds of cases including drink spiking and injections were reported in recent months.

Meanwhile, police are currently investigating six reports of women being injected while on nights out in Brighton during the past week.

As per the Independent, Loughborough student union reported selling just 60 tickets for their popular Wednesday night club event, which would usually see upwards of 3000 people through its doors on the night.

In Manchester, a student-led march through the city centre was also attended by hundreds of women and men, including Mayor of Greater Manchester Andy Burnham.

As reported on 21 October 2021: Police in Nottinghamshire are investigating 15 reports of women being injected with needles on nights out within the past fortnight, leading to calls for a boycott of nightclubs by student groups in at least 30 towns and cities in the UK.

19-year-old university student Zara Owens wrote on Facebook that she had woken up with “zero recollection” of her evening at Pryzm nightclub in Nottingham. The following morning, she had no hangover but was experiencing a “sharp, agonising pain” in her leg and could not walk without limping.

She found a pinprick mark on her leg and went to hospital, but said that “after eight hours of only having a triage and background info taken” she went home.

Police later arrested a 20-year-old man “on suspicion of possession of class A and class B and cause [to] administer poison or noxious thing with intent to injure, aggrieve and annoy” following the incident, who has now been released on bail.

The police say they had been made aware of other incidents of “physical spiking” in the city over recent weeks, including a separate incident days earlier, where a woman who was in a club just a 10-minute walk from Pryzm believes she was spiked in a similar manner.

The woman, also 19 and a student, felt a “pinch on the back of her arm” as she left Stealth nightclub in Nottingham on 12 October, her sister said. She later blacked out and was taken to A&E where she was put on a drip and underwent blood tests.

Stealth nightclub confirmed that it had received two reports in the past two weeks from customers who suspected they had been spiked. A spokesperson said: “Both were seen by our on-site medic, and we are currently liaising with police to aid in their investigations.” The club also added that it was “unacceptable for women to have to live in fear of being spiked”.

In a statement, Nottinghamshire police Superintendent Kathryn Craner commented: “We are currently investigating reports of individuals suspecting that their drinks have been spiked. Linked to this a small number of victims have said that they may have felt a scratching sensation as if someone may have spiked them physically.”

“They are distinctly different from anything we have seen previously as victims have disclosed a physical scratch type sensation before feeling very unwell. This is subtly different from feelings of intoxication through alcohol according to some victims.”

Across social media, women in Liverpool, Edinburgh, Reading and Dundee have also reported being pierced with a needle in their leg, hands and backs before waking up with no recollection of the night before, however these have not yet been verified by police.

As such, the Night Time Industries Association has called on the Home Office to launch an inquiry into spiking. “It goes without saying that everyone should be able to enjoy a night out without fearing for their own safety, and we are saddened to hear that some don’t feel this way,” a statement from the CEO, Michael Kill, read.

“There is a lot that we as a sector are already doing to try to tackle drink spiking. In response to recent reports, operators across the country have been working with the police, local authorities and key stakeholders, focusing on safeguarding customers, particularly women, at night.”

Calling for action from the government, it continued: “We have been encouraged to see the progressive approach taken by Devon and Cornwall Police through their drink spiking testing pilot. The Home Office should launch a formal inquiry to examine the results of that pilot, and the lessons that can be applied to the industry and policing nationally.”

“The NTIA are very concerned to learn about the reported increase in the number of spiking incidents taking place across the country. We support all those coming forward to speak about their experiences.”

Home Secretary Priti Patel called the incidents “absolutely awful”, and said: “We have asked for an update from the police on this and would encourage anyone to report this behaviour to the police.”

However, the worrying needle attacks are, sadly, not a wholly new occurrence.

Back in 2013, two women were stabbed with a needle on a club dance floor in Birmingham, following other similar attacks. At the time, police shared that up to five women had been attacked with hypodermic needles over 18 months in Birmingham city centre.

Going back further to the 1980s, so-called “pin prick attacks” involved people being threatened and injected by syringes, which caused widespread panic surrounding the AIDS epidemic.

However, the National AIDS Trust has responded to online rumours that someone was diagnosed with HIV shortly after a needle injury, calling them “demonstrably false”. It added: “Getting HIV from a needle injury is extremely rare. A diagnosis takes weeks. Our thoughts with those worried by spiking. We hope the facts about HIV can help quell some worries.”

Drink spiking itself has also long plagued the UK nightlife scene. An investigation conducted by the BBC found that between 2015-19 there were 2,650 reports of drink spiking in England and Wales. 72% of drink spiking victims were women and around 10% were under 18 years of age.

In response to the recent attacks, campaign group Girls Night In is calling on people to boycott local bars and nightclubs on particular nights to put pressure on venues to do more to prevent spiking. The group wants to see new measures introduced, including lids for drinks, and first aid and drug misuse training for staff.

According to social media, boycotts will be taking place in towns and cities across the country, including Leeds, Swansea, Newcastle, Bristol, Exeter, Southampton, and others.

A viral petition is also calling for clubs to be legally required to search guests for spiking paraphernalia on entry, and has collected more than 150,000 signatures over the last few days.

“While these incidents are incredibly rare, we take all reports of this nature very seriously and will do all we can to make sure that they don’t happen in our clubs.”

If you or someone you know has been affected by this story, please contact the police or call 999 for immediate support and 111 for non-emergencies.Head to Drinkaware for more information on drink spiking. You can call Victim Support on 08 08 16 89 111 or find help via their website.