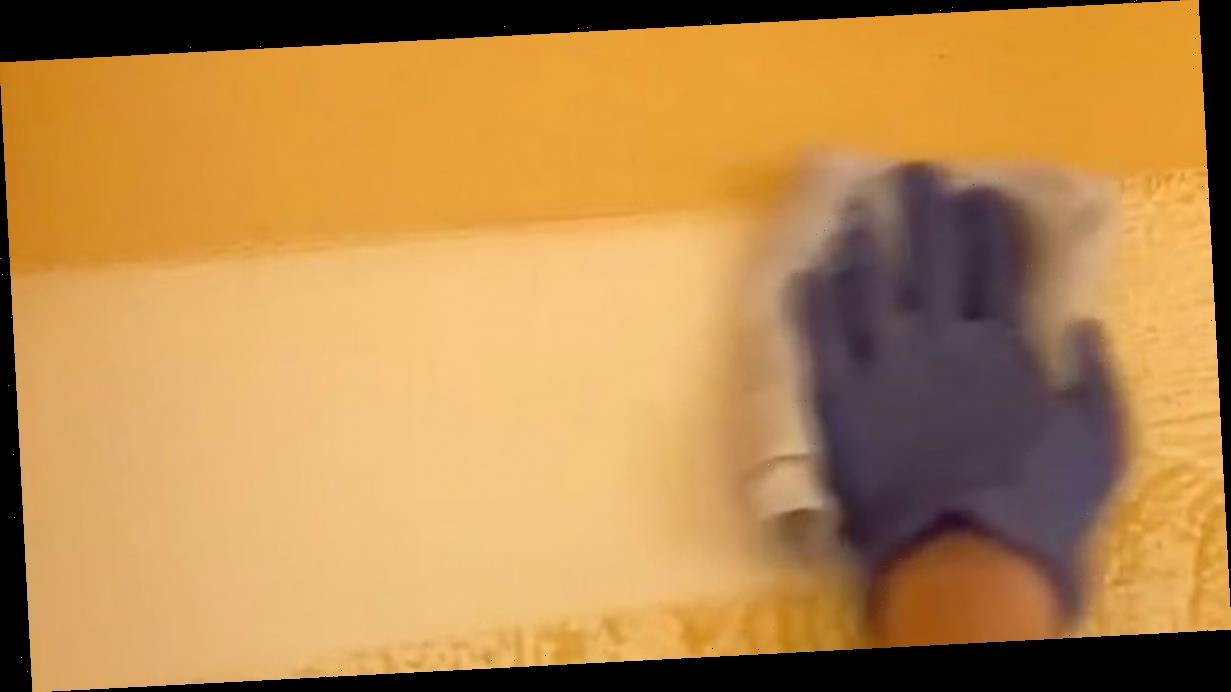 A TikTok user horrified viewers when she showed what it was like to wash 21 years of cigarette smoke and tar out of the walls.

In the clip, Duranda Rose, on the app as @camelgum, films the deeply-stained walls, ceilings and floors of a home, which has been left in a disgusting state by the previous tenants.

Footage shows a man trying to scrub a wall with a wet sponge and rivers of orange liquid sliding down the wall.

Surprisingly, the walls are white after being washed but Duranda says the tar keeps oozing out from deeper in the wall so they have to keep cleaning.

In another video, Duranda shows multiple burns on the carpet, presumably from dropped cigarettes, and remarks: "How did this place not burn down?'

Washing the "orange" linoleum floors in the kitchen was also eventful, with it turning out there was a white tile pattern under the decades of accumulated filth.

The video has been watched more than 17.4 million times as people were appalled by the state of the home and asked how badly it stank.

"Should I be more concerned about the cigarette build-up of the fact they never cleaned the floors or walls in 21 years?" asked one disgusted-sounding viewer.

A second person confessed: "I would just throw the whole house away."

"Bruh they were living inside a cigarette," commented someone else.

A fourth user said: "Oof another reason a smoker is a dealbreaker."

Duranda was also quick to reassure people it wasn't her house and she was just cleaning it for work.

And, giving a cleaning hack to other people in a similarly sticky situation with tar, she said the company uses an ozone machine once the place is throughly scrubbed to destroy the odour of cigarettes.

This comes after a woman realised her filthy floors were actually a completely different colour under the grime.