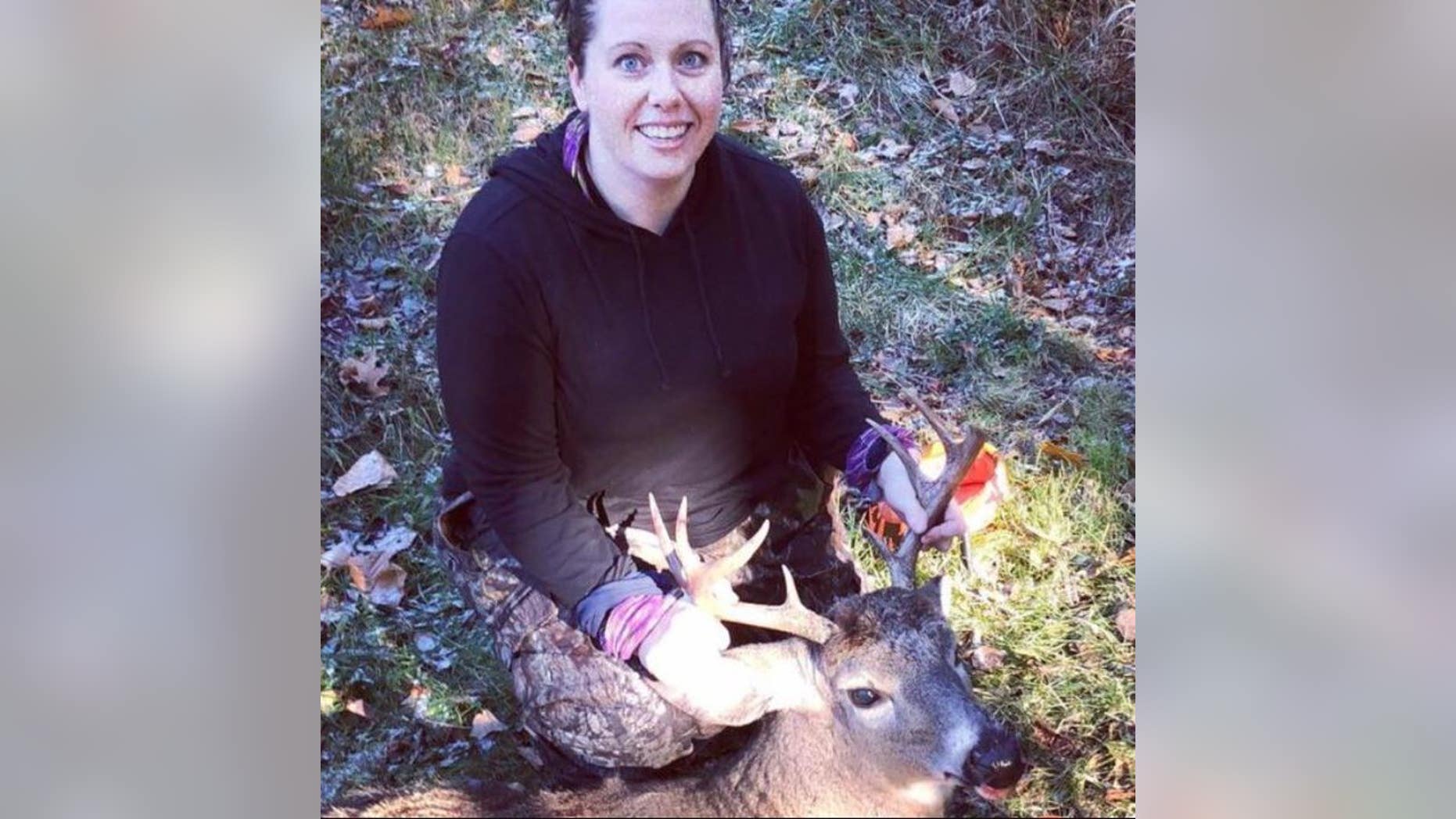 One woman was left shocked when her profile was reported for containing an image of a dead deer.<br>
(Courtesy of Nichole)

One woman was banned after taking a shot at love.

A Vermont woman is claiming she was permanently removed from the popular dating app Tinder because of her hunting photos.

The woman, who wishes to only be identified by her first name, Nichole, said she was vacationing in San Francisco and opened up Tinder to show her friend her profile.

A couple of hours after she opened the app, she said she got a notification and a gray screen that read, “Your account has been banned for activity that violates our terms of use.”

Nichole said she has two hunting photos of herself on the app, but that she cropped each pictures to be in compliance with the app’s regulations.

“I cropped it so there were no weapons, no blood — my family, we are not trophy hunters, we hunt for food,” Nichole told ABC 7. “We respect the animal, we respect the outdoors, we eat every part of the deer that we can and only take shots when we feel it’s going to be a good shot and it’s going to take the animal as quickly and painlessly as possible.”

However, someone in the Bay Area found Nichole’s photo of her with a harvested deer to be offensive and reported it in the app — as well as tracked down her employer and sent him a message about the hunting pictures.

“Really is this the best a marketing strategist can do to find love online?…No wonder why she’s on Tinder…not illegal, but classless for sure,” the offended party wrote in the email to Nichole’s boss, and Nichole, Yahoo Lifestyle reported.

Nichole was shocked, finding none of her profile pictures offensive.

“My family loves to hunt and fish, and it was important for me to share that on Tinder. It would be a deal breaker if a partner didn’t respect that,” Nichole said to Yahoo Lifestyle.

She reached out to Tinder to inquire about the ban, but received no response until she posted on Twitter — along with a handful of men who had also posted hunting photos and had not been banned.

“It’s time to address these double standards,” Nichole tells Yahoo Lifestyle. “If I were a man, this wouldn’t be an issue. It also speaks to discrimination women face in hunting, which is a male-dominated sport.”

Nichole’s profile was reinstated and Tinder is looking into the matter. She also reached out to report the original user for harassment after emailing her boss. However, there has been no update as to whether his profile was banned and Nichole is not sure if she wants to continue using Tinder.

“I’d rather put my time into dating apps that are inclusive and apply the same rules to men and women,” she said to Yahoo Lifestyle.

A spokesperson for Tinder said in a statement to Fox News, “We are committed to maintaining a positive ecosystem and take any reports of behavior that is contrary to our Terms of Use or Community Guidelines very seriously. We have a team dedicated to investigating each report. The account in question had been reported multiple times. The matter has been resolved and they can now use Tinder.”