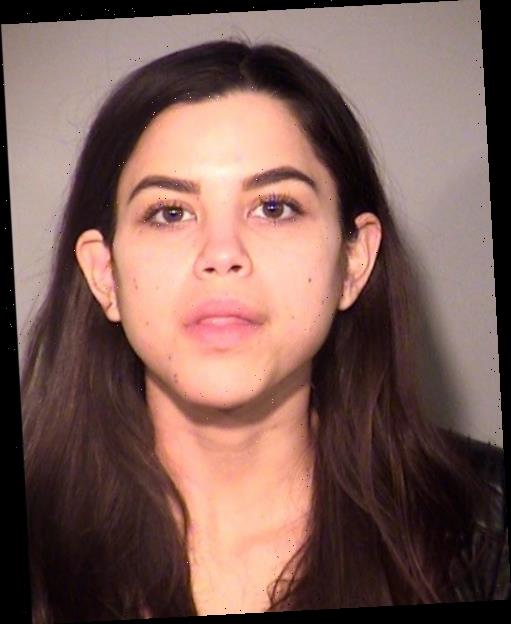 California resident Miya Ponsetto was arraigned in New York City on Saturday on charges of attempted assault and robbery for a confrontation with a Black teenager she had wrongly accused of stealing her cellphone, according to police officials.

Ponsetto, 22, was also charged with grand larceny and acting in a manner injurious to a child. She was released following the arraignment and ordered to stay away from 14-year-old Keyon Harrold Jr. and his father, Harlem jazz trumpeter Keyon Harrold.

Ponsetto was captured on surveillance cameras appearing to tackle the teen Dec. 26 in the lobby of the Arlo Soho hotel as she angrily accused him of stealing her cellphone. She had actually forgotten the phone in an Uber cab and it was retuned to her that day.

Harrold came to his son’s aid and suffered scratches, according to a police report. Harrold, who also videotaped part of the confrontation with his phone, angrily accused Ponsetto of racial profiling.

Earlier that same day, Ponsetto is suspected of having damaged an apartment door in the city, according to Manhattan Assistant District Attorney Sarah Marquez, The New York Post reported. Marquez offered no other details. She said at the arraignment that Ponsetto also faces public intoxication, drunk driving and motor vehicle charges in California.

Ponsetto was arrested in California on Thursday and taken back to the East Coast by New York City Police Department investigators to face charges. She will likely return to her home in Piru, California, before coming back for her next court date in Manhattan, according to her lawyer, Paul D’Emilia. He said she is innocent of the charges.

“We are puzzled and disappointed that at this time of heightened tensions in our country that the authorities chose to exacerbate the situation by needlessly flying members of the NYPD across the country, into the teeth of COVID, to bring back a person who would have returned with a simple telephone request,” D’Emilia told The Associated Press in an email.

Ponsetto had to be dragged from her car by Ventura County sheriff’s deputies when she was apprehended on an arrest warrant.

Ponsetto insisted to CNN after the hotel clash that she always tries to do the “right thing,” and that she was the one assaulted — though neither video of the scene supported that.

Just hours before her arrest, Ponsetto, inexplicably wearing a cap that said “Daddy,” said on “CBS This Morning” that she considers herself “super sweet.” When pressed about her actions by Gayle King, Ponsetto snapped: “How is one girl accusing a guy about a phone a crime? Where’s the context in that? What is the deeper story here?”

King told her that it looked like she attacked the teen and said she’s “old enough to know better.” Ponsetto answered: “All right, Gayle. Enough.”