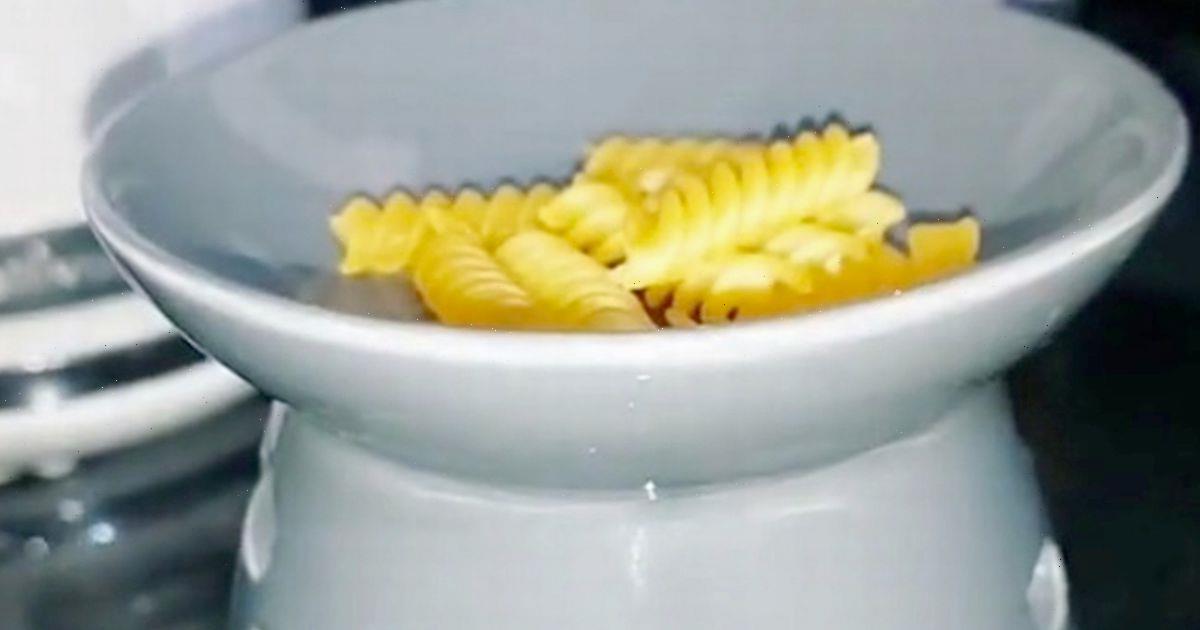 A woman shared her 'survival' hack where she cooked pasta using a wax burner – and has been called a 'genius'.

Chrissy J decided to get creative with her meal making method when she allegedly experienced a power cut.

Not being able to use her hobs to boil the much-loved carb dish she took to her wax burner for a little help.

Usually the product is used for melting wax with a tealight that lets off a relaxing fragment smell.

However, Chrissy swapped the scents of lavender and berries to cook the pasta instead.

In a TikTok clip that racked up seven million views, the foodie demonstrated the nifty hack.

"Point of view: There's a power cut but you promised yourself pasta", Chrissy shared.

She put a couple of pieces of pasta on the top of the wax burner before she poured some water from a kettle over the food.

Presumbly the kettle was off due to the power cut.

Chrissy then lit a tealight underneath and waited for the pasta to cook.

After, she poured in tomato sauce and a slice of cheese before she dug in with a miniature fork.

"Helping you survive in the most ridiculous way possible", Chrissy explained.

In awe of the cooking skills, many people fled to the comments to praise the alternative cooking technique.

Another user added: "Why does it look so good cooked like that."

While a third voiced: "Honestly. Slay."

Someone else said: "The UK making food this winter with the rising energy bills."

However, not everyone was so convinced about the pasta making method.

This user slammed: "Oh my God I’ve seen it all now."

A second bashed: "I would have to make like 10 batches just to get full."

As this person wrote: "You just put real food on a candle warmer and I don't even know how to process this."