Woman, 28, claims she was told she was ‘too young’ to have breast cancer by NHS professionals – before private doctors diagnosed the disease as ‘incurable’

A 28-year-old woman with terminal breast cancer claims she was initially told by healthcare professionals that she was ‘too young’ to be struck down by the disease.

Sherrie Deacon, from Caerphilly, spotted a lump in her breast last year, but reports she was initially ‘fobbed off’ by the NHS after pushing for diagnostic tests to be carried out.

Following delays in hospital appointments, she opted to go private – where she was found to have Stage 2 breast cancer. Medics later discovered the disease had spread to her sternum and spine and was incurable.

She warned: ‘It’s uncommon, but not unheard of to get breast cancer at my age and if I hadn’t gone private then who knows if I’d still be here now.’ 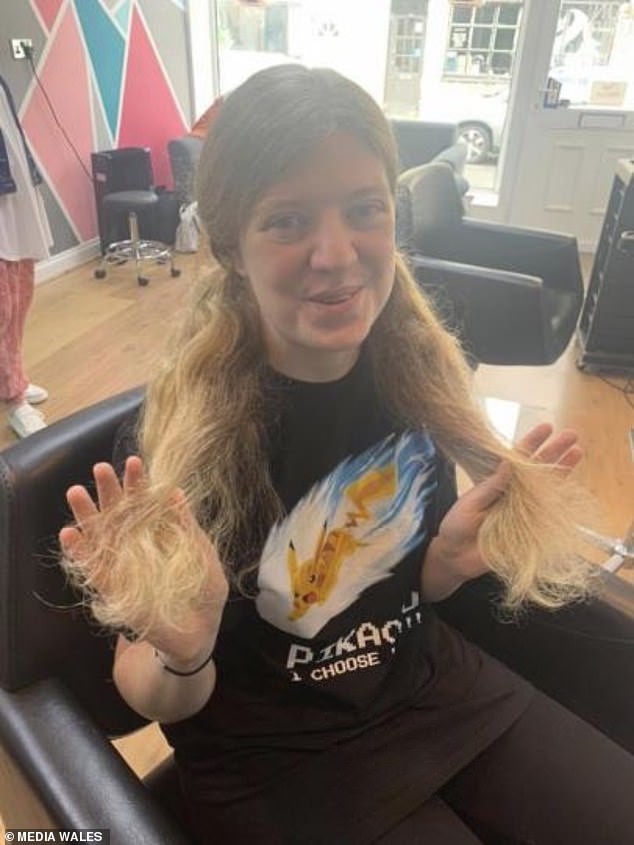 Sherrie Deacon, 28, from Caerphilly, felt a lump in her breast last summer, but claims she was ‘fobbed off’ by doctors who told her she was too young to have the disease

Sherrie said she felt a lump in her breast in the summer of 2019 but wasn’t displaying any other symptoms.

‘I went to my doctor and they thought it was suspicious as it didn’t feel like a cyst,’ she added.

‘My grandfather also had breast cancer, which is obviously more rare in men, and he had something known as the BRCA gene which meant he was more susceptible to cancer.’

Despite her GP assuring her it would take a fortnight to get referred for a hospital appointment, it took longer than anticipated. 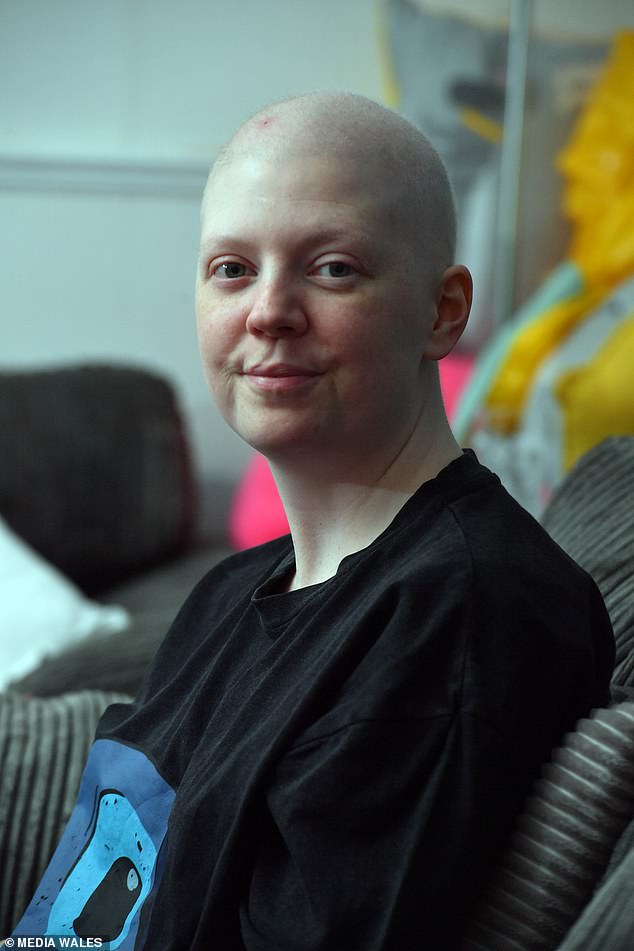 The 28-year-old ended up seeking private treatment, and was diagnosed with incurable breast cancer

She said: ‘I called the booking service, but they assured me on the phone that I wouldn’t have breast cancer at my age.

‘I was quite taken aback by that comment as they didn’t know about my family history.’

Following the delays, Sherrie decided to pay to go private and had tests done at St Joseph’s Hospital in Cwmbran. A week later her worst fears were confirmed.

‘It was absolutely devastating and it shook us all. We did suspect it was cancer, but until you’re told it doesn’t really hit home,’ she said. 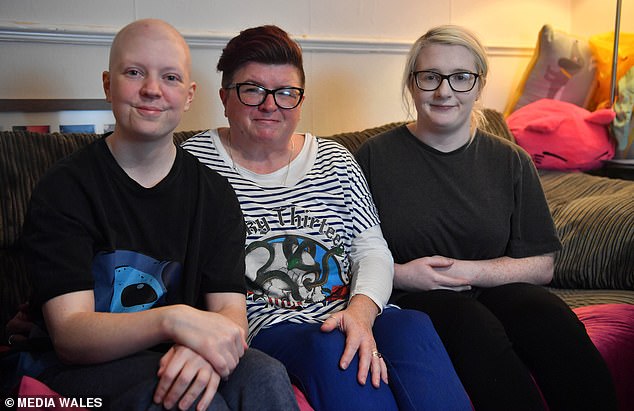 Despite her suspicions she had breast cancer, Sherrie and her family say they are devastated over the diagnosis (pictured, Sherrie with her mother Wendy and sister Tilly)

‘I was then referred back to the NHS for my treatment. From then on they were excellent with me.’

During chemotherapy, Sherrie began losing her hair which she said was deeply upsetting at first, but she became accustomed to it after a few weeks.

She decided to give her locks to the Little Princess Trust, which provides real hair wigs to children and young people with hair loss. She also managed to raise £1,095 for the charity in the process. 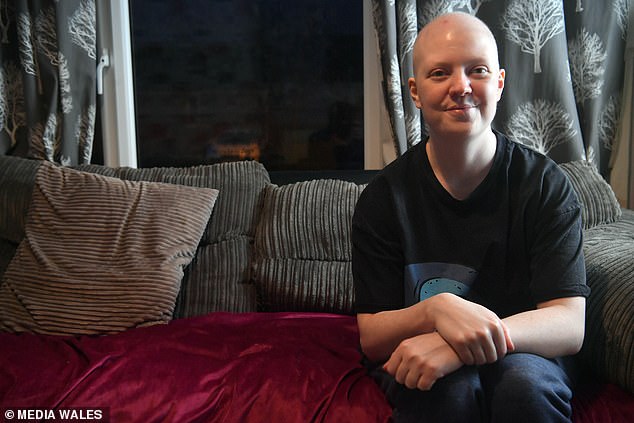 Sherrie, who was also found to have the BRCA gene like her grandfather, is now receiving regular treatment at the Royal Gwent Hospital in Newport and Velindre Cancer Centre in Cardiff.

She hopes the cancer remains ‘dormant’ in her system for as long as possible.

WHAT ARE THE SYMPTOMS OF BREAST CANCER?

Breast cancer can cause a number of symptoms, but the first noticeable symptom is usually a lump or area of thickened breast tissue.

Most breast lumps aren’t cancerous, but it’s always best to have them checked by your doctor.

According to NHS Choices you should also see your GP if you notice any of the following:

‘I couldn’t thank my cancer nurse and consultant enough. Those two have been absolutely amazing,’ Sherrie added.

‘And my family and friends have been so supportive. I don’t think I could have gone through this without them.’

Sherrie is now urging other young women to get their breasts checked if they spot anything unusual.

‘If you are young and you suspect something is wrong with your breast, don’t be fobbed off,’ she said.

Sherrie, who is continuing to work as a manager with HMRC despite her devastating diagnosis, is now planning on getting married to her partner Anna Dinis in June at Llechwen Hall Hotel, near Abercynon.

‘She has been absolutely amazing throughout all of this,’ added Sherrie, who first met Anna at Swansea University almost 10 years ago.

‘We were planning on starting a family and maybe adopting, but that has been put on hold as I don’t think they’d give me a baby with secondary cancer. It’s all just absolutely heartbreaking.’

Each year, about 55,000 women are diagnosed with breast cancer in the UK. However it is more common in women who are aged 50 and over. 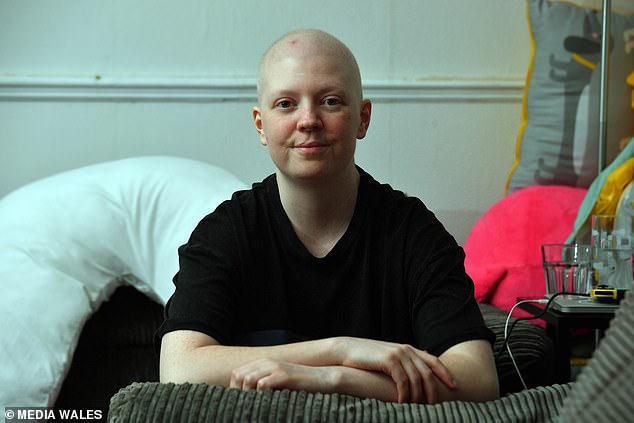 Sherrie is now determined to let other young women know that breast cancer can happen at a far younger age.

Aneurin Bevan University Health Board has been approached for comment.

A GoFundMe page has also been set up in a bid to take Sherrie to Japan on holiday – a place she has always wanted to visit.