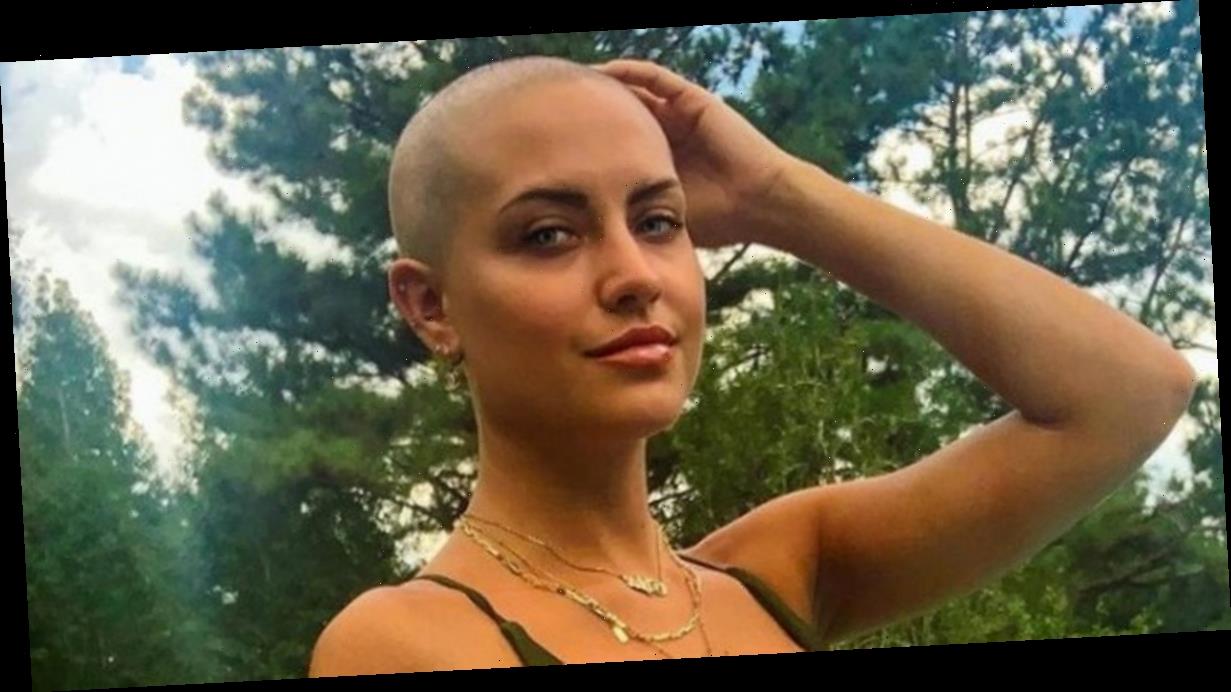 A woman who spent 14 years hiding her bald patches is now embracing her alopecia condition.

At the age of 12, Chloe Thomas had just changed schools when she noticed a small coin-sized bald patch on top of her head.

The 26-year-old went to her gran Brenda for advice and told her it was caused by tight ponytail hairstyles.

After it grew larger, she visited the dermatologist who diagnosed her with alopecia areata, a condition that causes hair to fall out.

As a shy teenager, Chloe, from Louisiana, US, felt afraid to make friends at her new school which impacted her confidence.

She spent hours covering her patches, wearing her hair in buns and using extensions to cover it all.

Despite her best efforts to hide her condition, Chloe was bullied with comments like "what's wrong with her head?"

When she was 18, she won homecoming queen but her victory was short lived when the boys in her class made jokes about it.

Now all that is in the past as Chloe decided to come out about her condition on Instagram in May 2020.

Then in September, she was shocked to wake up with a large chunk of her hair missing so she made the decision to shave it all off.

She has no regrets and is finally fully embracing her condition while celebrating her natural beauty.

Chloe said: "In high school, my main way of covering it was taking the pieces I had in front and teasing them with tons of hairspray.

"When I had time, my main way of hiding my alopecia was extensions. I also spent a lot on shampoos and deep conditioners.

"As an estimate I spent a minimum of $1,000 (£730). I tried several different creams, ointments and home remedies.

"The most intense treatment I tried was steroid injections. This worked for a lot of people, but showed minimal results for me."

Speaking about when she was at school, she added: "I felt very defeated emotionally/mentally."

She continued: "In college, it was difficult having to overcome the fear of telling new people about my alopecia.

"There always came a time where I knew I would have to say, 'By the way, this isn't real hair'.

"I was in my late teens and early twenties having to tell people I was losing my hair."

Chloe has since started sharing her alopecia with the world through Instagram, where she has 10,800 followers.

She revealed: "The support and love I received on my first post opening up about my alopecia has been absolutely overwhelming."

Chloe admitted: "I was so afraid that I would 'lose followers' or people would talk about me behind my back, judge me, etc.

"I must have opened and closed my drafts twenty times before finally pressing 'post' and then I refused to open it for hours after.

"My thoughts proved to be the opposite when I finally opened the app to nothing but love and positivity."

A few months after coming clean on her social media, Chloe woke up to see a missing chunk of her hair in the middle of her scalp.

She decided it was time to shave it all off and embrace her condition.

Chloe concluded: "I knew if I didn't do it at that moment I wouldn't do it. After shaving it, the feeling I felt was indescribable.

"This time when I went to post on Instagram, I wasn't afraid of the reaction – I was excited.

"I was on cloud nine ready to tell the world that I was finally happy and comfortable with who I was.

"My happiness felt infectious and I wanted to share it with everyone.

"My best advice is if we were all supposed to look the same – we would have been made that way. You deserve that same respect."