Britain today faces a political impasse that threatens to morph into a full-blooded constitutional crisis.

Not since World War II have we been in such jeopardy, with no agreement in sight on our exit from the EU, and with the biggest vote in parliamentary history this century due tomorrow – but increasingly likely to be delayed yet further.

In May 1940, the country needed a new prime minister to succeed Neville Chamberlain, whose policy of appeasement had so utterly failed.

Chamberlain’s final act was to choose his successor, knowing he had to find someone who would command the support of all the main parties in the House of Commons. 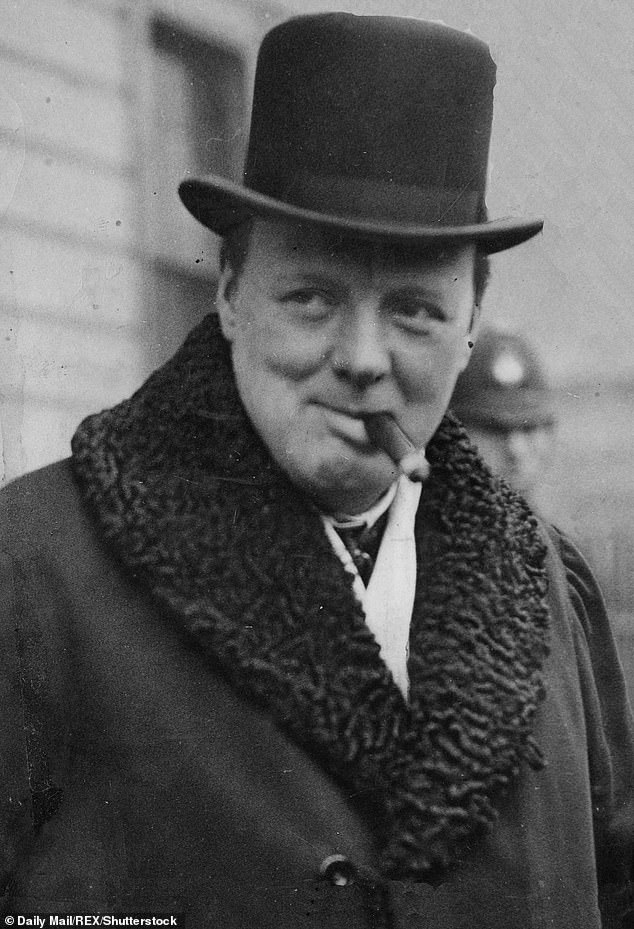 In 1940, Britain needed a new prime minister to succeed Neville Chamberlain, whose policy of appeasement had failed. Winston Churchill (pictured) was the only person who could achieve that unity, writes Sir Anthony Seldon Boris Johnson (pictured on the Andrew Marr show yesterday) is ready and waiting, and would love to accept the crown. Yesterday, he put himself forward to voters, telling the BBC’s Andrew Marr that he feels he has ‘a personal responsibility’ to fix Brexit, writes Sir Anthony

Winston Churchill was the only person who could achieve that unity, and George VI asked him to become Prime Minister.

As Churchill famously wrote: ‘I felt as if I were walking with destiny, and that all my past life had been but a preparation for this hour and for this trial.’

Who is the Winston Churchill figure who could succeed Theresa May if her plan is heavily rejected and she is forced to resign?

Ardent Brexiters are heavily-drawn to the romance of 1940, when Britain stood up alone to the dark forces in Europe and to Churchill as the heroic leader who put the roar back into the British lion.

No surprise then that Brexit leader Boris Johnson has written a recent biography of Churchill.

Could Boris himself be the Churchillian figure to bring unity back to the nation and lead us forward through the perilous years ahead?

Boris is ready and waiting, and would love to accept the crown, with suitable protestations of modesty about whether he is really up to the job.

Yesterday, he put himself forward to voters, telling the BBC’s Andrew Marr that he feels he has ‘a personal responsibility’ to fix Brexit. 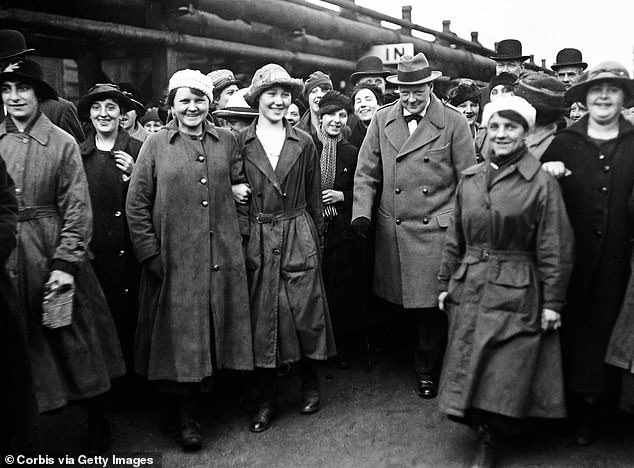 Churchill had the character, the oratory and a plan – to hit the Nazis head on. Boris has an ebullient personality, too, his own style of oratory with some nice Churchillian-style flashes.

But he doesn’t have a plan. He has personality but not character. And he would not heal the nation as did Churchill. It is a fantasy game on his part and we must not let it become a fantasy for the nation.

Back in the real world, Theresa May, who has character, faces an impossible challenge.

There is absolutely no solution for leaving the EU on which all sides will ever happily agree. On the one side there are the ardent Brexiters for whom leaving the EU without a deal is gloriously right.

They themselves will be insulated from the severe economic hardship that will follow their dangerous pipe dream.

What a strange irony that the regions that voted most strongly for Brexit will be the ones that will suffer most from it.

Theresa May might have her limitations. Her plan is most certainly very far from perfect. But it is the best plan that is now practically possible in the real world, and she is the best Prime Minister we could possibly have.

Alternatives such as Johnson or even Jeremy Corbyn would serve only to drive our fragile country deeper into the mire.

Holding a second referendum is building momentum week by week. Might not this be the way forward? 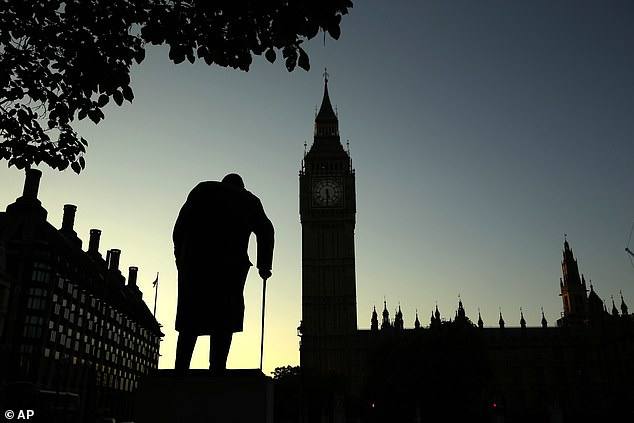 Former Prime Minister Winston Churchill (statue of him pictured outside Parliament) had the character, the oratory and a plan – to hit the Nazis head on, writes Sir Anthony

Growing numbers of Labour and Conservative politicians certainly favour it. Boris’s brother Jo Johnson and his successor as universities minister, Sam Gyimah, who resigned over Brexit, both favour a second referendum.

Supporters argue that it is required as May’s plan is so very different to the Brexit choice in the 2016 referendum.

But a second referendum would be gravely perilous to our national stability.

If a vote went against Brexit, vast numbers across the nation would feel cheated.

Whipped up by right-wing extremists, the fury could spill into the streets. We would be foolish to think that similar rioting to that recently seen in Paris could not happen in our own cities.

Practical issues, too, render a second referendum extremely unlikely, including the time required to set up, the precise question to be asked and the composition of those entitled to vote.

The no deal option is much more likely. It, though, is based on a fiction that Britain could do deals with the rest of the world on the so-called World Trade Organisation terms.

The truth is that barely any trade deals are done by major nations on this basis, as its advocates know. 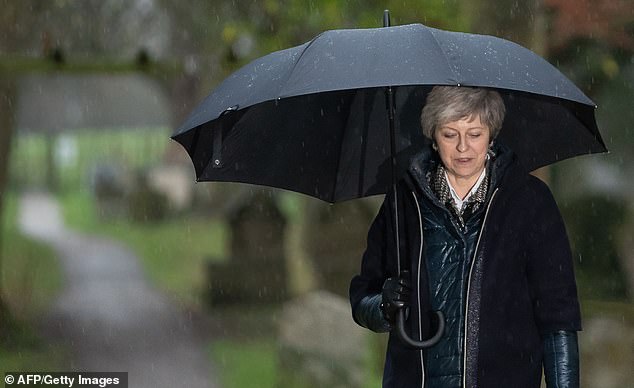 Theresa May (pictured leaving church in her Maidenhead constituency yesterday) who has character, faces an impossible challenge. There is absolutely no solution for leaving the EU on which all sides will ever happily agree, writes Sir Anthony

Their plans for a ‘managed’ no deal option are similarly deceitful, because the EU will never play ball with Britain to make our life easier if we are intent on walking away.

The other options are equally unattractive.

Jeremy Corbyn favours a permanent customs union – a clever wheeze to divide Conservatives maybe, but falling far short of the ideals of those who supported Brexit, or the wishes of those who want to remain.

The so-called ‘Norway plus’ option similarly suffers because Britain would enjoy fewer benefits than it did while a member of the EU, but would have no say in shaping the rules under which it would operate.

That leaves the hope that there is a better deal that Britain could yet secure from the EU, perhaps under a new PM.

And let’s not deceive ourselves into thinking that the EU has not secured a really good deal for itself in the May plan.

But the EU is in no mood to give us any more concessions.

It didn’t help Greece or Italy out of their difficulties. It certainly won’t come to the rescue of Britain.

Besides, the powerful voices in the EU are distracted and losing influence, notably Angela Merkel and Emmanuel Macron.

Britain might get some small garnishes, but it won’t get any red meat to throw to the Brexit-baying hounds. When the moment finally comes, MPs face the biggest decision of their political careers.

They must vote in the interest of the nation, and lay aside the contempt that many of them feel personally for Mrs May, as well as their romantic ideas that there is some ideal solution.

The national interest decrees roundly that they support the Prime Minister and back her plan, when the hour comes.