They’ve been together for almost two years, but will Scarlett Johansson and Colin Jost get married? Well, according to a reported update, it sure seems like they might. “Scarlett and Colin are in love and share many of the same interests and the same sense of humor,” a source recently told People. “Scarlett is very happy.”

In fact, Johansson, 34, is so happy with Jost, 36, that the two have even started started talking about taking their relationship to the next level. "There is marriage talk with Colin,” the insider told People.

This won’t be Johansson’s first time walking down the aisle. Before Ryan Reynolds was known for his marriage with Blake Lively he was actually briefly married to Johansson from September 2008 to December 2010. Following her marriage with Reynolds, Johansson went on to tie the knot with French reporter Romain Dauriac, who she remained married to from October of 2014 to September of 2017.

But the insider believes the third time might really be the charm for Johansson. Something about her relationship with Jost, who has never been married, is reportedly different than any of her previous partnerships. “She is a mother and in a mature place where marriage makes more sense than it did in earlier relationships that didn’t last,” the insider told People. “She is in love and likes to be married, but is aware of how hard it is these days.” 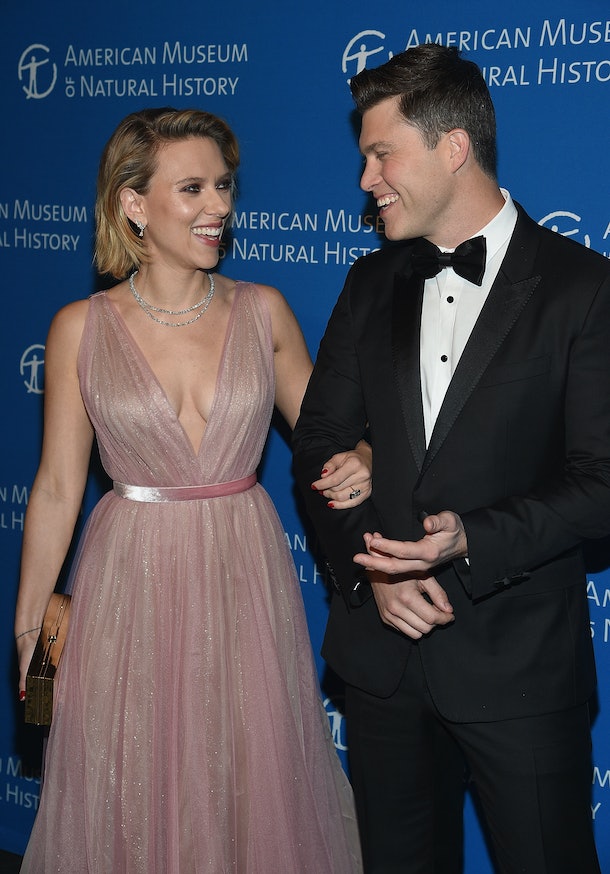 News of Johansson and Jost’s relationship first broke out in July of 2017. "Colin and Scarlett are dating and having fun," a source told E! News when they first got together. "They are still getting to know each other, but she is really into him and it’s getting more on the exclusive level."

"Scarlett says he is different than many of the men she has been with," the source continued. "She is pretty picky who she goes out with even if it’s just dating. They share many similarities together." 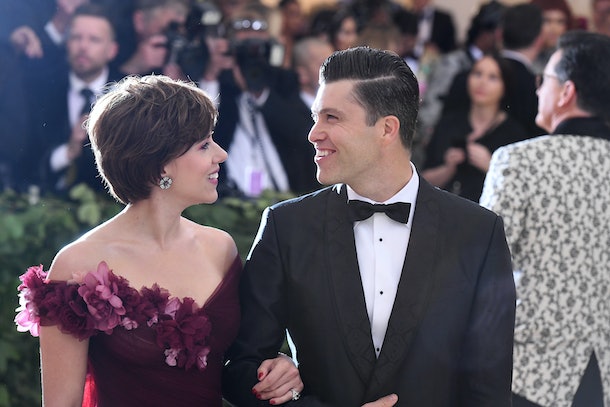 It seems like Johansson chose well and like things have majorly heated up between the pair since then.

Johansson has spoken super candidly about her views on marriage in the past. "I think the idea of marriage is very romantic; it’s a beautiful idea, and the practice of it can be a very beautiful thing,” she told Playboy in their March/April 2017 issue. “I don’t think it’s natural to be a monogamous person. I might be skewered for that, but I think it’s work. It’s a lot of work.”

“And the fact that it is such work for so many people — for everyone — the fact of that proves that it is not a natural thing," she continues. It’s something I have a lot of respect for and have participated in, but I think it definitely goes against some instinct to look beyond.” 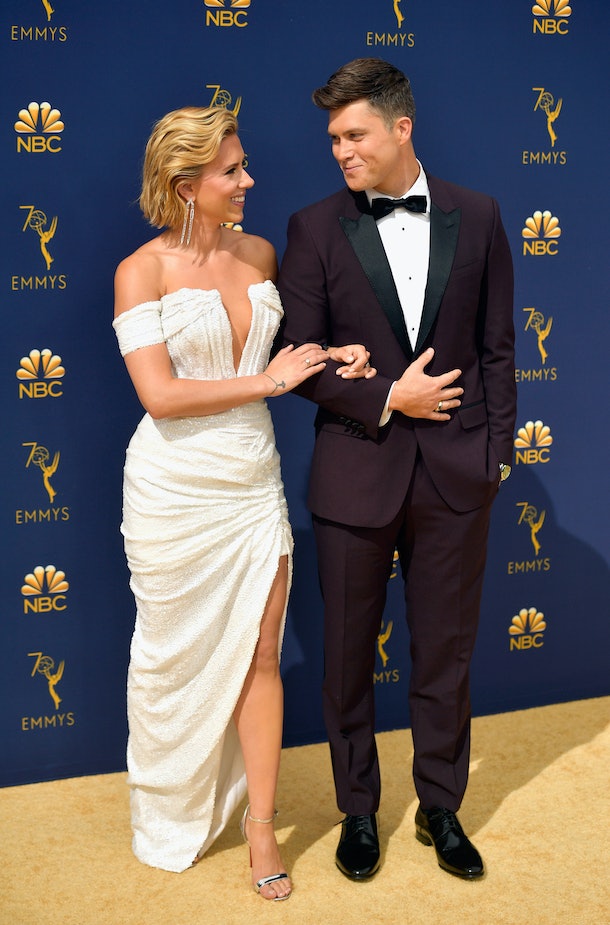 Finally, she noted the way being married chan change a person’s life. “Being married is different than not being married, and anybody who tells you that it’s the same is lying," she said. "It changes things. I have friends who were together for 10 years and then decided to get married, and I’ll ask them on their wedding day or right after if it’s different, and it always is. It is. It’s a beautiful responsibility, but it’s a responsibility.”

Here’s to hoping Jost is willing to carry the weight of that responsibility with her!