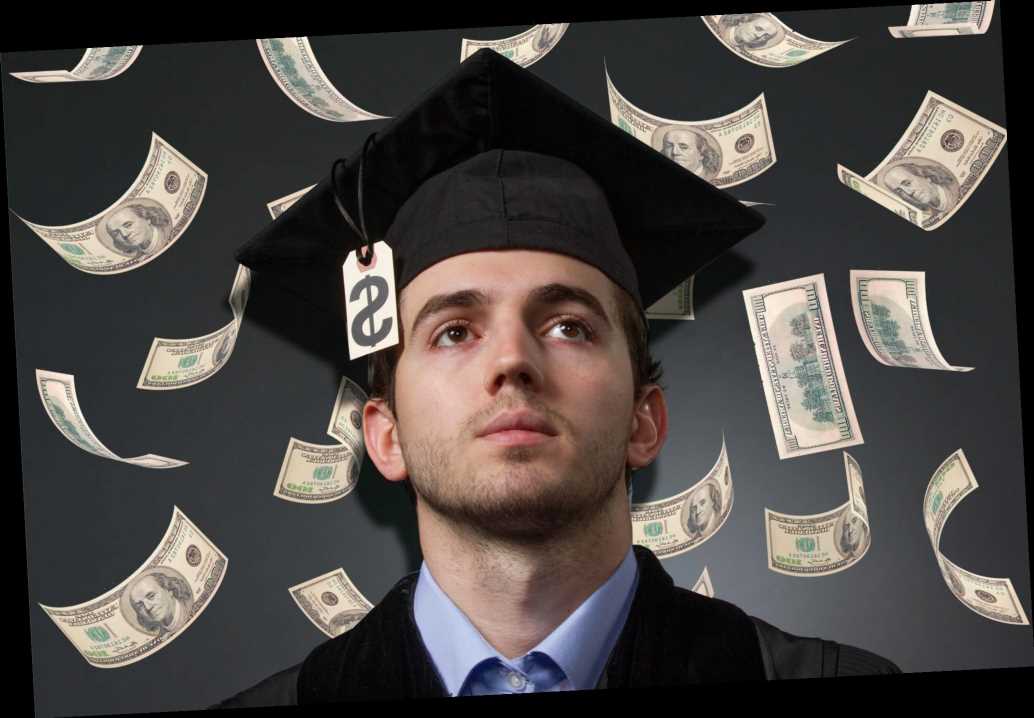 NYC Council Speaker Corey Johnson is a college freshman at 38

Pennyslvania college yanks honorary degree it gave to Trump in 1988

Princeton student: Ivy League made me a ‘social-climbing weasel’

Of all the decisions many of us will make, few will be as expensive and consequential as where to go to college.

And yet the process for many remains frustratingly opaque. When else in life does someone commit to potentially splashing out hundreds of thousands of dollars without knowing exactly what they’ll get in return?

“I have been consistently surprised at how many otherwise sophisticated and successful parents I run into who get to the end of their child’s senior year and have no idea what just hit them,” said Ron Lieber, author of “The Price You Pay for College: An Entirely New Road Map for the Biggest Financial Decision Your Family Will Ever Make” (Harper), out Jan. 26.

The cost of college is growing at a far higher rate than inflation. But, while many blame the high prices on cushy amenities like luxury dorms, on-campus steakhouses, sparkling gyms and “lazy rivers,” think tank Demos concluded in 2015 that gold-plated amenities “contributed just 6 percent to the rising prices at public universities in recent years.”

The actual biggest driver of price, Lieber says, is salaries and benefits for the schools’ faculty and staff.

While choosing a college abroad is often seen as a cheaper option, that’s not exactly true either, Lieber argues.

At Canada’s prestigious McGill University in Montreal, “Americans will likely pay as much as or a bit more than they would at their flagship state university in the United States,” Lieber writes. At Scotland’s St. Andrews, Americans would be on the hook for $52,000 a year, all in.

The list price of foreign universities is sometimes cheaper, but there’s a reason for that. “National governments tend to subsidize their universities more than we do in the United States,” the author writes. “Another reason is that the schools generally don’t provide as much in the way of amenities, extracurricular activities, intercollegiate or intramural sports, and support.”

Even though American colleges are expensive (the very top-tier US universities charge up to around $60,000 per year for fees and living costs), most also now offer “billions in discounts each year,” Lieber writes.

Schools refer to these discounts as “merit aid.” In simplest terms, the school chops its price for the students it would like to have, regardless of the students’ financial circumstances.

Ohio Wesleyan, a “less selective private college,” was one of the first to start discounting back in the 1980s, hoping that tuition cuts for stronger students would raise the quality of the student body — and attract more quality students. It didn’t quite work out the way the school had hoped, and by 1994, “Ohio Wesleyan was handing out merit aid to 39 percent of its students,” Lieber writes.

But Ohio Wesleyan’s price cut forced other schools to follow suit. Now Lieber says the process is ruled by an army of specialized consultants who use complicated algorithms to figure out exactly how much of a discount to offer students.

In simple English, these algorithms are programmed to, “Discount only as much as you have to in order to get someone to say yes, but not one dollar more,” Lieber writes. “And for people living in affluent ZIP codes, keep in mind that even a mere $10,000 is probably enough to get them to feel good about themselves so that they’re not the only sucker paying full price and can run around town saying that their kid got an academic scholarship.

“All but the 40 or 50 most selective schools in the country have to give discounts,” Lieber adds. “At schools farther down the food chain, everyone gets a trophy and it’s become this marketing scheme.”

Ron Lieber, author of “The Price you Pay for College”

For the 2019-20 school year, the National Association of College and University Business Officers found that the average, full-time, first-year student got a discount of 52.6 percent off the school’s published list price. Some 89 percent of students receive either financial or merit aid, and will pay an average of $23,952 per year, including room and board, according to consulting firm Ruffalo Noel Levitz.

Not only should students explore any merit aid they might be eligible for, they should also apply to as many institutions as possible, Lieber said. He said a good target number is around 10.

“The more schools you apply to, the bigger chance there is that they’ll price a really great program for you,” he says. “If you hit that jackpot and they discount the price $10,000 a year, after four years, that’s $40,000 dollars you’ve saved — more than the average undergrad loan debt.”

The University of Alabama, for example, now spends more than $137 million on merit aid each year, up from less than $10 million in 2006, Lieber writes. That’s $60 million more than the school hands out in grants to people who demonstrate financial need.

“On average, what families are actually spending hasn’t gone up by completely unreasonable amounts over the past twenty years, even as the list prices have gone to the moon,” Lieber writes.

When selecting a college, Lieber cautions against putting too much stock in the U.S. News & World Report rankings. A one-size-fits-all approach to evaluating schools doesn’t take into account an individual student’s needs.

“Your child has his or her own unique traits or interests,” he says. “The U.S. News list is not designed to measure things down to the unit of one.”

A better gauge, the author says, is The Alumni Factor, a survey that basically asks college graduates how satisfied they are with their school. (The latest survey comes from 2013-14.)

Some blue chips do well, including Princeton and Yale, but others stumble. Columbia clocks in at a dismal 106th place and New York University 218th.

Instead, in the top 20 you’ll find little-known Centre College in Kentucky and all four military academies.

To find maximum fulfillment, students should also look at who is doing the actual teaching. One of the biggest reasons for a student’s college satisfaction is having a close relationship with a professor.

“Lots of schools use adjunct professors and grad students who may not be around next week or next year to mentor your kid,” Lieber says.

When visiting a school, Lieber recommends prospective students put their tour guide to the “lasagna test,” asking whether a professor has invited them to lunch or dinner at home. (Many schools track this data.)

“There was a clear and strong connection between attendance at a meal and an affirmative answer to a question about whether they would choose the school again,” Lieber writes.

Class size is also important. But the figures universities offer can be misleading. Rather than focusing on the student-to-teacher ratio, the actual percentage of time a student spends in large classes with more than 50 other classmates is far more important. The lower the percentage, the better, Lieber said.

Some studies have concluded that when class size goes up, “undergraduates tend to drop out of school more often and take longer to complete their undergraduate degrees,” the author writes.

One intriguing study on the topic came from two economists at Vanderbilt University, who looked to see where the children of college faculty ended up going to school. The research showed an “unambiguous … tilt toward liberal arts colleges.”

“They seemed to know something about what goes on at bigger schools, and an unusual number of their children ended up choosing smaller ones,” Lieber writes.

‘Units of friendship” — finding a vibrant community and making lifelong friends — is another key factor. But “schools don’t really know anything about this,” Lieber said.

The authors of the book “How College Works” measure friendship units by looking at the layout of a college’s dorms. A traditional setup with a single long hallway, connecting a communal bathroom and individual rooms, is ideal for meeting new people and making friends, they say. Meanwhile, suites offered by many college dorms today “keep people more isolated” and are less conducive to friendship. Colleges that boast a high percentage of students living on-campus is another positive sign.

He adds that prospective students should ask their tour guide about their three closest friends at school: How did they meet and was it difficult to become friends? If they stumble when they answer, take that as a clue.

In the end, students should be able to get the best price and the best experience out of college by pushing past meaningless data and asking the right questions.

“Why isn’t the school measuring overall customer satisfaction? Why don’t we have this? It boggles the mind,” the author says. “You can’t help but conclude that the schools like it that way. In the absence of data, people make a choice on feeling and that is an advantage to the prestigious schools.

The Web-based Alumni Factor survey asks questions of those who actually attended the schools and remains “the only college survey based entirely on customer satisfaction,” author Ron Lieber writes.