Natalie Portman is prancing around on an arena stage in a glittery unitard with silver sequins pasted over her eye brows. As preening pop star Celeste in Vox Lux, the petite and prim Oscar winner —singing and dancing to original music composed by Sia — pushes herself to outsized Gaga-like levels. It’s an inspired transformation, but it’s not profound enough to redeem a pretentious and downright cinematic assault.

Let me emphasize an important point upfront. Vox Lux is NOT A Star Is Born. Portman’s character, in fact, is the anti-thesis of a scrappy heroine willing to put aside her vulnerabilities and insecurities for the sake of her art. There is no tortured soul guiding her with good intentions. Nobody here cares enough to sacrifice. The film opens with a 1999-set prologue depicting a violent high school massacre in the vein of Columbine. There is wildly unnecessary, brutal, graphic imagery corresponding with the rising fame of Portman’s character. What an insufferable allegory. 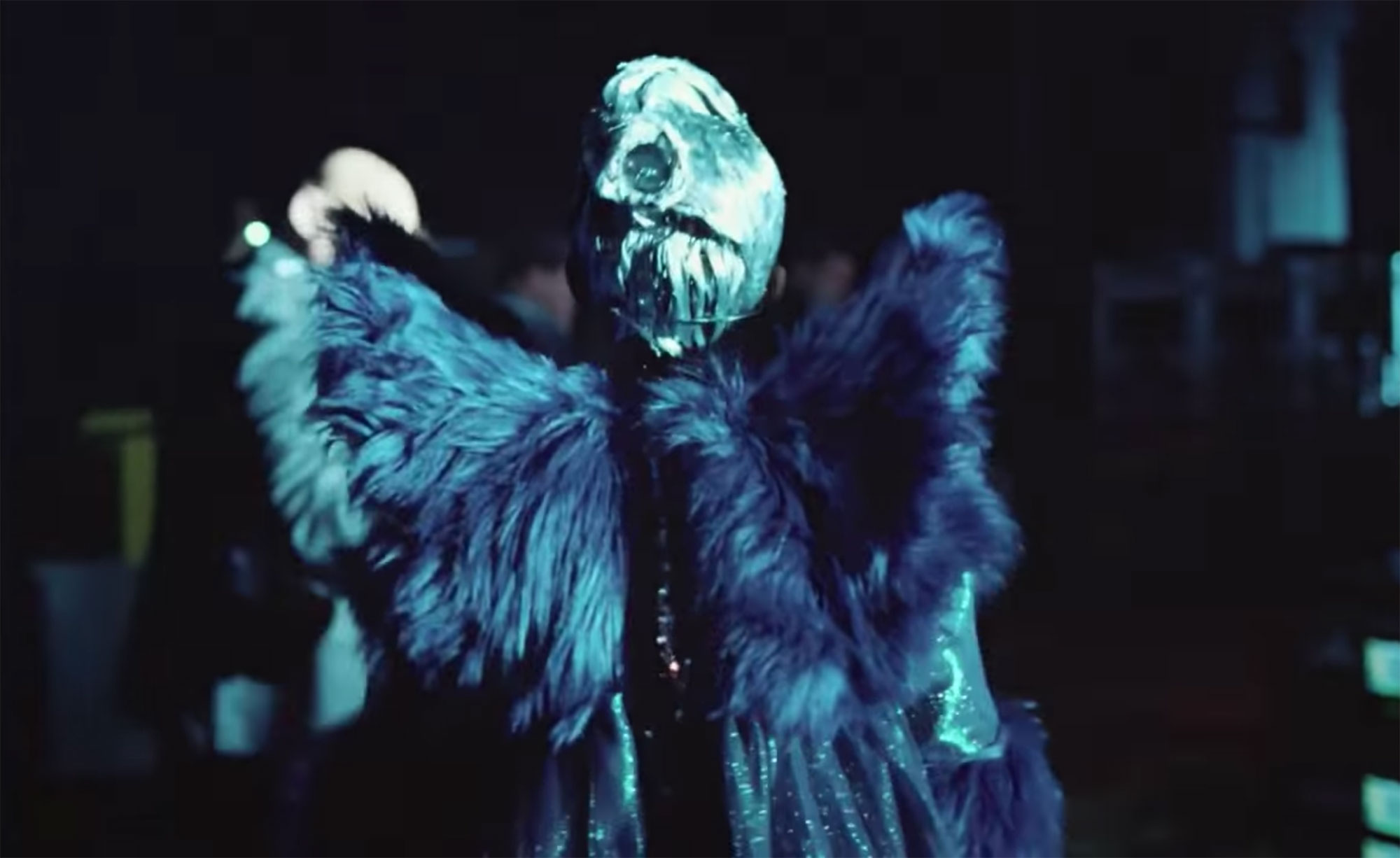 Celeste (Raffey Cassidy) is just 14 when she’s wounded in the horrific shooting. Several of her fellow students died at the hands of a male classmate. Alongside her sister (Stacy Martin), she composes a treacly song that pays homage to the fallen. The ballad becomes an anthem for the country and ignites her stardom. The sleepy-eyed sisters, who have the personalities of carrot sticks, capture the attention of a manager (Jude Law, underused and unworthy of his Closer reunion with Portman). He promptly sends them to Sweden to record with a Max Martin-like pop producer. The album turns into a hit. And Celeste, who still has a bullet lodged into her spine, turns into an icon.

In the second half, Celeste (played by Portman) is now a 31-year-old disillusioned A-list celebrity with an exaggerated New York accent. This evolution is not at credible — I wasn’t even positive I was watching the same character. She’s told of a breaking news story about terrorists that have shot up a beach resort while wearing sequined masks from one of her music videos. But she barely registers this shocker, as she’s more concerned with spending time with her teen daughter and her homecoming concert in Staten Island. (Adding to the abrupt time-jump confusion, Cassidy portrays the daughter in Part Two. Got that?)

Mother and daughter walk past clicking paparazzi outside the hotel to go to a diner, where Celeste launches into an extended, exasperated monologue about the pitfalls of fame and how far the music has fallen industry and its toll on her rocky personal life. I suppose this is the part where we’re supposed to feel sorry for this petulant multi-millionaire who must do press junkets. But belly-aching over being famous in present-day America is as banal and self-serving as it gets. And in the aftermath of A Star Is Born, it’s a lazy way to illustrate a pop star in decline. There’s just nothing titillating about Celeste as a character other than the fact that she once inadvertently turned a tragedy into a personal triumph.

Celeste’s sneering comes to abrupt halt when she takes the stage in an extended closing concert sequence intended to parody a behind-the-scenes Katy Perry documentary and mock us for celebrity culture adulation. Celeste, you see, puts on a show without the showmanship. She churns out about three numbers that all sound the same. Her face is expressionless. Her choreography is overly simplistic, not even Janet Jackson 101. A giant screen flashes faux-cool words behind her such as “Avec” “Baby” and she delivers some flair-less message about empowerment. Through it all, the audience screams in a deafening roar. Celeste’s daughter and her sister are there too, looking despondent. I know the feeling. Vox Lux is not only far from the shallow, it’s completely off the deep end.