It looks like NBC’s comedy lineup is in danger of losing one of its ranks. Though the network has declined to officially say whether I Feel Bad is cancelled, at least using those specific words, Entertainment Weekly reports that NBC announced the comedy "will conclude" in December. A more concrete decision on its future is supposed to be announced at a later date. As the EW article notes, most successful shows receive an order for additional episodes, and the fact that I Feel Bad didn’t receive an extension might bode ill for the show.

Ratings haven’t been great for the show, which stars Saraya Blue and is executive produced by Amy Poehler, and it’s a shame, since is funny AF and is made by some hilariously smart women. TVSeriesFinale.com notes that there’s been a steady decline of ratings in the 18-49 demographic as the season has gone on, and viewership numbers have similarly fallen. I Feel Bad only has a 27 percent positive rating on Rotten Tomatoes among critics, though the audience score is a more promising audience score of 61 percent positive, and some initial reviews on the premiere were immediately skeptical of a few aspects of the show.

Variety‘s Daniel D’Addario wrote that the main character’s male coworkers, meant to be comedic relief, read as "less edgy than outright malicious," and that their presence takes away from the overall success of the show. TVLine’s Dave Nemetz took an even more severe dislike to I Feel Bad, writing that "when it’s not burying us in an avalanche of creaky sitcom clichés, it’s creeping us out with inappropriate sex jokes." Collider’s Joel Keller wrote that "despite the talent involved, I Feel Bad isn’t at all funny. And it’s not daring either, which may be even worse."

It’s not all doom and gloom, though — other critics are more forgiving of the show. The A.V. Club’s Kate Kulzick wrote that the show and its "distinctly female perspective" serves as a "a refreshing and overdue addition to a strong recent canon." Brown Girl Magazine’s review praised its use of its Indian protagonist and her parents’ dynamic, saying I Feel Bad doesn’t ever feel like a "token South Asian show."

Daniel Fienberg from The Hollywood Reporter wrote that though there are "superficial blemishes" on the show, "it can be graded on a curve as one of the fall’s more promising broadcast offerings, a comedy with several important things going for it and some flaws that feel fixable."

It’ll be a shame if I Feel Bad doesn’t make it to a second season — its premise is a promising one that many women can identify with in this day and age. It follows video game artist and mother, Emet, who tries to balance all the different roles she’s expected to fill in her life, and feels guilty when she doesn’t get everything done. It’s a timely program during an age in which these expectations are thrust upon women left and right. 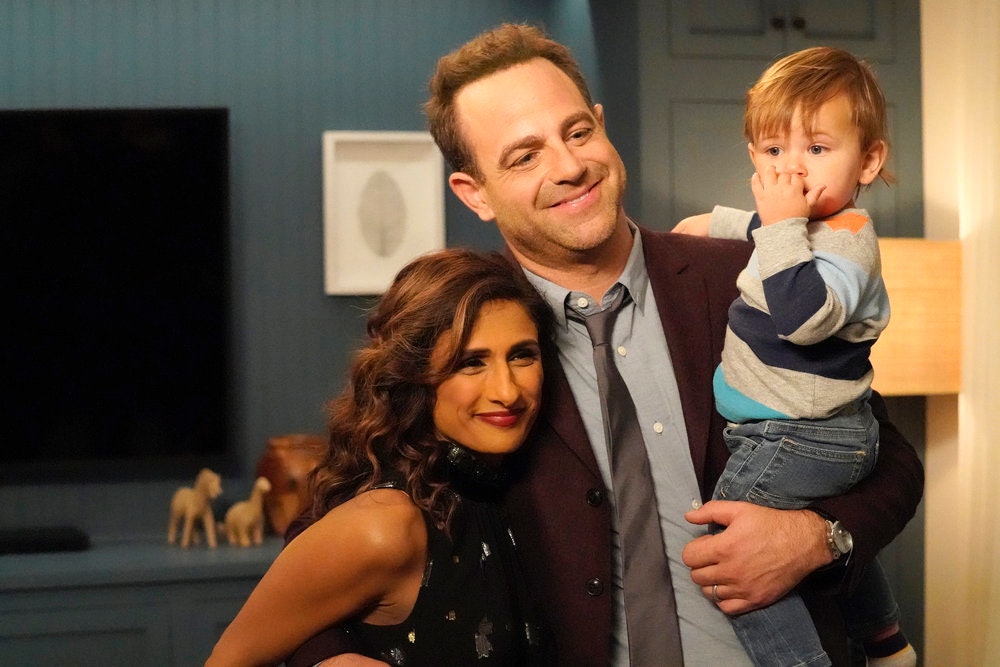 "Women of my generation grew up with mothers who perhaps didn’t get a chance to always fulfill what they wanted to do, right?" Poehler told the Los Angeles Times. "So a lot of women raised these very independent girls who they whispered into their ears ‘You can have it all, you can do it all." Blue agreed that I Feel Bad holds within it an important message for men and women alike to relate to. "We all feel like bad moms, or we all feel like bad wives, or we all feel like bad husbands, or bad fathers," Blue said in the same piece. "That’s really the connective tissue of this show."

So, while it doesn’t look good for this newly minted series, there are people rooting for its success, and who are confident in the message it’s trying to send. Its flaws could be growing pains, and if NBC gives it another shot, I Feel Bad could have the potential to remedy them.