Before I moved to Australia I didn’t realise I was different. Until then, I had lived in Pakistan, where I was born, and the Middle East, where I spent part of my childhood. In either place, no-one had marked me out as being unusual purely because of the colour of my skin.

That changed when I moved here and I realised that because of my brown skin and my Asian heritage, I would feel like I didn’t belong. 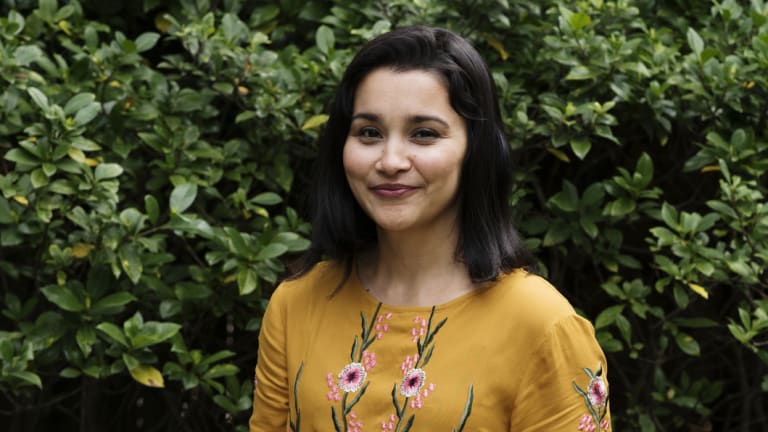 “You put your head down and keep trying, proving despite the odds that you are an asset to this nation – in fact much of immigrant success is motivated by having to constantly prove yourself.”Credit:James Brickwood

My story isn’t unusual. It is depressingly common, as backed up by recent research that found 84 per cent of Asian Australians experienced racism. You would think it would be easier for people of Asian heritage who were born in this country. You would be wrong; 86 per cent of these respondents reported experiencing racism.

While I wasn’t born here, I was still a child when I moved here. I didn’t realise at first why the Tongan girl at my school, one of the few brown faces around, told me we should stick together because there aren’t many like us.

But there are heaps of kids around I thought. I soon figured out what she meant. The blonde-haired girls, or the ones with the blue eyes and fair skin didn’t want to have a bar of us. Many of them still don’t.

I didn’t realise at first why the Tongan girl at my school, one of the few brown faces around, told me we should stick together.

None of them would ever call themselves racist, in fact many would claim they are forward-thinking liberals. Except let’s not forget the impact of subconscious bias and how that leads to exclusion. It starts off with not being invited to the coolest parties at school, and leads to not being offered a job interview because of your foreign-sounding name.

You learn to cope, of course. You learn to wear a mask, one of many masks, that conveys you’re easy in your skin, even when you may not be.

You zip up that layer of defence before leaving the house in case you’re made to confront someone who singles you out, reminding you again that your race is not considered the norm here.

It may no longer be the kids picking on you in the playground because of your difference, it is subtler now that you’re an adult. It could be something simple, like a fellow mum, taking the time to explain what "squeamish" means because she thinks just because of your appearance you may not be clued up on the English language.

And you look at her wondering, does she even realise you write (in English) for a living? But of course, you don’t say anything.

Not saying anything as an immigrant has been the way to cope for generations before mine. You put your head down, you do well at school, no, in fact you do exceptionally well at school. And ultimately you hope that your hard work pays off with success.

Except how do you find success if you can’t land a job or find a place to live because of your race?

As the generations before mine have learnt, you don’t complain, because Australians have little time for whingers. So you put your head down and keep trying, proving despite the odds that you are an asset to this nation – in fact much of immigrant success is motivated by having to constantly prove yourself.

You carry your otherness like a weight around your neck, because the fact of the matter is, having spent pretty much your whole life, or most of it, in this country, you don’t feel like you fit in the culture of your heritage either.

You are but a bridge, trying to connect both cultures but not belonging in either, hovering instead in some kind of middle ground.

If there is any comfort to be taken from this situation it is that you’re not alone. Nearly half of all Australians have either been born overseas or had one or both parents born overseas. And we are growing in number, whether some people like it or not. The hope is that society changes to reflect our growing multiculturalism so that when my kids are responding to surveys about racism in this country, they don’t have to think twice about whether they belong here or not, because of course they do.