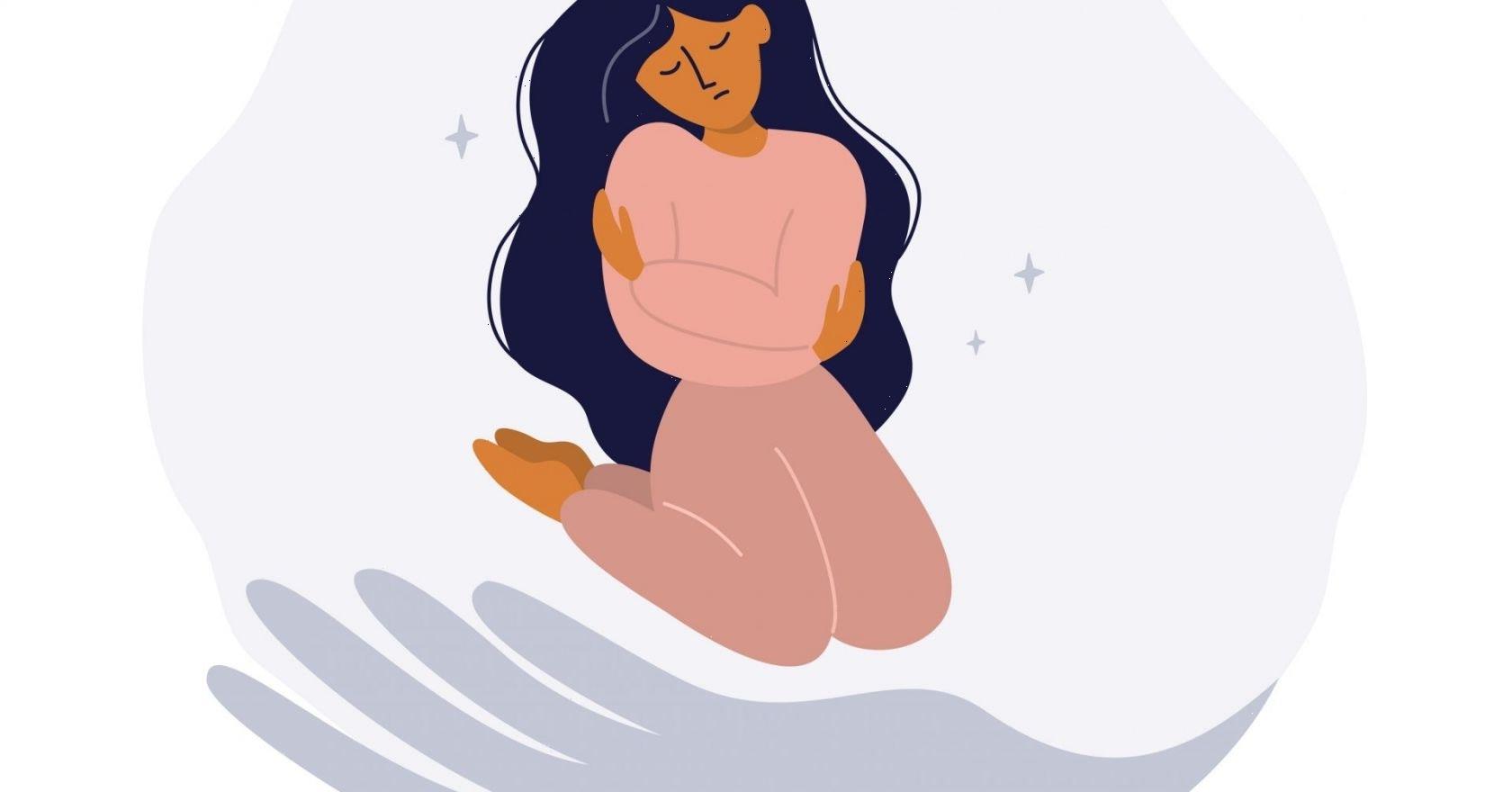 We all make mistakes. So why is admitting we messed up and giving a sincere apology so difficult? Writer Priyankaa Joshi investigates why sorry really does seem to be the hardest word.

A couple of weeks ago, my boyfriend and I got into an argument. It was a Thursday night and we had both had a long, stressful week at work.

“It’s an absolute tip in here!” I said as I walked through the door to find shoes flung about in the hallway, books all over the dining table and empty crisp packets littering the sofa. I was ready to explode. “Why is it always me who has to tidy up?”

“You’ve not cleaned the bathroom or changed the bedsheets once!” he retorted.

Before long, the argument had turned into a heated debate about who does more around the flat, and in our tired, grumpy states, we both said some hurtful things to each other. It ended with me storming off into the bedroom, vowing to give him the cold shoulder for the rest of the evening.

Later, he came in to try to resolve things, telling me he was sorry for what he had said. But when it was my turn to apologise, my stubbornness got in the way. For some reason, I couldn’t admit that I was at fault too. Before I knew it, I had blurted out: “I’m sorry you feel that way.”

I cringed. Everyone knows “I’m sorry you feel that way” isn’t a real sorry. It’s the worst non-apology apology there is, along with“I’m sorry if you were offended” and “I’m sorry you took it that way”.

Realising my mistake, I swallowed my pride and said sorry, properly, for my immature, passive-aggressive behaviour. We hugged, made up and all was forgotten, but it left me thinking: why is giving a sincere apology so difficult?

There are a number of reasons why we find it so hard to say “I’m sorry”, according to psychologist Dr Tina Mistry. “We may feel apologising won’t change anything in a particular situation, we might not care about the person we’re supposed to apologise to or, more often than not, we’re worried that apologising will impact the way others see us and how we see ourselves.”

Registered clinical psychologist Dr Roberta Babb agrees. “Offering an apology can feel like an admission of failure or a sign of weakness when, in reality, it’s a sign of strength.”

We all know admitting we made a mistake doesn’t feel good. “It can feel like a major threat to our sense of self, and can lead to emotions such as anxiety, guilt, shame or sadness – feelings which we’d all rather avoid,” says Dr Babb. “It takes courage to face our capacity to be hurtful and destructive.”

For some people, saying “I’m sorry” is so hard because they view apologies from a dichotomous position. “They think that by taking responsibility for an action, it absolves the other person from any role or culpability, so naturally, they can’t bring themselves to apologise,” Dr Babb tells Stylist.

She says the ‘magnitude gap’, which describes the difference in how each side views the wrongdoing, is also relevant here. Say you’re late for dinner with a friend – you think it’s a tiny slip up, but to her, it’s a huge deal. There’s a big gap in how you both interpret the situation; because you don’t think it’s important, you’re less likely to offer a meaningful apology, even though she has been hurt by your actions.

Is our inability to utter those two powerful words and mean it really such a big deal? Yes – if we want our personal and professional relationships to thrive. Although apologies can’t undo what has been said or done, they can go a long way to aid the healing process.

“A genuine, authentic apology can validate a person’s experience, reduce emotional distress and even increase feelings of self-worth,” explains Dr Babb. If we can’t own up to our mistakes, we risk ruining relationships with the people we care about most.

“Is our inability to utter those two powerful words and mean it really such a big deal? Yes – if we want our personal and professional relationships to thrive.”

This was the case for Yasmine*, a 30-year-old personal trainer from London, who almost lost her best friend Lucie* because of her inability to apologise. “Lucie’s boyfriend of seven years broke up with her out of the blue and she was completely heartbroken. She needed me to be there for her but I wasn’t,” Yasmine explains.

“In the first week after it happened, I spent hours on the phone with her every day listening to her rant and cry, but after that, I really wasn’t very supportive,” she continues.

Busy with work, family and a new relationship, Yasmine was wrapped up in her own life and didn’t make time for her closest friend, often ignoring Lucie’s calls and cutting their meet-ups short to see her new boyfriend.

“I was being such a bad friend so obviously, she called me out on it,” says Yasmine. Over coffee one Saturday morning, Lucie explained she felt hurt and abandoned, and that she needed her best friend while she was struggling.

Instead of holding her hands up and owning her mistake, Yasmine went on the defensive. “Even though I knew she was right, I told her that was totally unfair and I started listing all the ways I had been there for her.

“In that moment, I felt like saying sorry would mean admitting I was a bad person, and I couldn’t handle that.”

Over the next few days, Yasmine reflected on her behaviour and after talking it through with her mum, recognised that Lucie was due a constructive, meaningful apology. “I felt scared and vulnerable but I knew I had to take responsibility for my behaviour to save our friendship.

“The experience taught me that, as uncomfortable as it is, being able to put your ego aside and admit your mistakes is so important. It’s okay to get things wrong and it doesn’t make you a terrible person.”

Like Yasmine, 26-year-old Harriet, a communications assistant from Bristol, struggles with the ‘S’ word. By her own admission, she is the “worst apologiser ever”.

“Even when I try my best to apologise, I end up saying the wrong thing and make the situation a million times worse,” she tells Stylist. “It really annoys my siblings and my partner – there have been some pretty big arguments because of it.”

She recalls a recent incident with her sister, who was angry with Harriet for taking their shared car when she needed it for work. “It would have taken me two seconds to say I’m sorry but I started making all these excuses about why I needed it and how it was her fault for not reminding me.”

“Saying sorry is really hard,” continues Harriet. “You get told to say sorry all the time when you’re young but you never actually get taught how to apologise.”

Harriet’s right – knowing how to give a sincere, effective apology is tricky. So, I asked Dr Babb and Dr Mistry to shed some light on the dos and don’ts of saying sorry.

Take some time to yourself before launching into an apology. “After an argument, you might be feeling rattled and you won’t respond as kindly as you’d like,” says Dr Mistry.

Stepping away from the situation will allow you to think about what you are apologising for and why, which, according to Dr Babb, is extremely important. “By giving yourself some time to cool off, you can reflect on what happened and think carefully about how you want to express yourself when you do have the conversation.”

“People tend to give an explanation instead of an apology,” says Dr Babb. “They try to justify their actions instead of actually admitting their mistake, which undermines the reparative function of the apology.”

The main thing is to get across that you acknowledge and understand the hurt and pain you caused and express that you feel genuine remorse for this. You could open with, “I’m so sorry I wasn’t there for you” or “It was wrong of me to treat you like that”.

Take full responsibility for your actions without adding a “but” to your apology as this takes away any ownership and responsibility. In the same vein, avoid saying “you” as this puts the blame on them. Instead, Dr Babb suggests using “I” statements like “I made a mistake” and “I’m sorry for my behaviour”. Steer clear from passive phrases such as “mistakes were made and feelings were hurt”.

This is about being specific with actions you can take, showing them that you value their relationship and take the apology seriously.

“It’s also an opportunity to review and evaluate the boundaries of a relationship, which can help to strengthen it in the long run,” adds Dr Babb.

You’ve got to show them you’re being sincere – they’ll be able to tell if you don’t really mean it and it could make things worse.

“Check your tone of voice, as you don’t want to come across as angry, defensive or sarcastic. You want to speak calmly and respectfully,” advises Dr Mistry.

“Body language is also really important here,” she says. “Make sure your body is open and facing the person you’re apologising to, and look into their eyes when you speak, as this will help to build intimacy.”

“Before apologising, check in with the person you’ve wronged to explain you want to apologise and ask them when would be a good time to speak,” says Dr Babb. You might have the best intentions to resolve things right away, but it’s important to give them time to reflect on what’s happened.

The same goes for after you’ve said sorry. “Apologies need time to settle in because emotions run high in these situations,” explains Dr Mistry. “Give the person some space and let them decide if and when they’re ready to move on.”

*Name has been changed.