I came late to Christmas but love it: trees filled with baubles and tchotchkes*, presents, small children swarming, acres of too much. Came late but boy, jumped in, even learned pudding-making and Christmas carols in order to adorn the extended Catholic family into which I married (voice not bad, plum pudding far better).

Wild, loud over-catered Christmas Day lunches. So so many instances of overheated disagreement fuelled by one too many beers (or not enough in my case. Jews are not great drinkers. Overeating doesn’t have the same short-term impact). Perfect. After all, it is meant to be the one time of the year when family factions come together and celebrate like nothing ever happened. 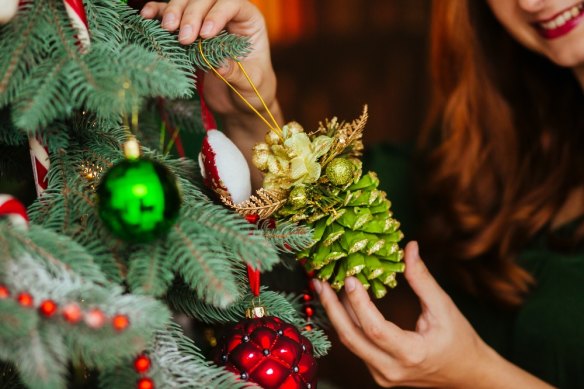 I came late to the idea of celebrating Christmas, but boy I jumped in.Credit:Shutterstock

This is what I love. Putting aside whatever disagreements to just enjoy the day, leaving behind the stress of getting it altogether. Falling in a heap at the end of the day. Realising that the thing which got you so worked up a Christmas ago is trivial. But I wonder whether that’s possible for two families we now know too much about – the Clarksons and the Sussexes.

I’m trying to imagine Christmas at Diddly Squat this year. Just six months ago, there were gorgeous photos of professional hater Jeremy Clarkson doting on daughter Emily at her wedding to Alex Andrew on Clarkson J’s farm, aforementioned Diddly Squat. “Fathers, I cannot even begin to describe how wonderful it is when your daughter gets married to someone you like. I am being very unmanly about this weekend,” he wrote. Now that piece of paradise has gone to hell.

There are millions of families the world over deep in conflict but most do it in the privacy of their own misery. Not the royals. And now, definitely not the Clarksons. Clarkson J, racist, sexist, homophobe, Yankophobe and all-round nasty piece of work, wrote a column in The Sun where he said he dreamt of Meghan, Duchess of Sussex, being made to parade naked down the streets and pelted with excrement. This has been well-documented, including by this masthead’s glorious Julia Baird.

Clarkson E, millennial feminist, vehemently disowned her dad’s comments on Meghan: “I want to make it very clear that I stand against everything that my dad wrote about Meghan Markle and I remain standing in support of those that are targeted with online hatred.” She’s had the experience herself. She knows what it’s like being the victim of venomous attacks of the kind her untroubled father unleashes. 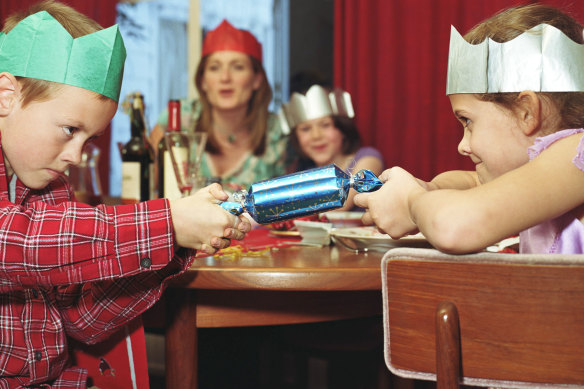 Putting aside differences to just enjoy the day is what I like about Christmas.Credit:Getty Images

Next minute, Clarkson says he was “horrified to have caused so much hurt” and promised to “be more careful in future”. No actual use of the word sorry. Quite the biggest non-apology I’ve ever seen, second only to our former Prime Minister who was never ever able to unqualify his sorries.

I’m guessing Clarkson E had quite a bit to do with it. How will this resolve? In far less high-profile circumstances, family members become estranged. A few years back, I wrote the most heart-wrenching story of my career, interviewing people who’d cut off all connection from their families. They saw themselves as the betrayed and they turned out to be everywhere. At the time, I asked people to contact me about being estranged from their families, 70 contacted me in under an hour. Devastating.

We have living evidence of that as we see the story of the much maligned Meghan and the mad family into which she married (remind me why they still rule Australia? Don’t we have enough derangement of our own?). The bloke seems nice enough but my God, the baggage. Mother dies at the height of her power and beauty when her sons were just boys. Father was once a wild philanderer with ambitions to be a tampon. And all that mixed in with status, wealth and power. Ergh. Anger, sorrow, no forgiveness. And in the meantime, two darling grandchildren with only one devoted grandparent between them. Let adults be hideous to each other but at least put the darling squidgies first.

Can these broken families be put together again? For years, I’ve watched two women talk about sorry, what it means, what’s a good sorry and a bad sorry. Do apologies work at all? Marjorie Ingall and Susan McCarthy run Sorry Watch from which their new book: Sorry, sorry, sorry: the case for good apologies will emerge next month. McCarthy says Clarkson’s “apology” won’t wash. He should offer a real apology to both Meghan and to daughter Emily, not that either has to actually forgive him. Apologies are mandatory with this kind of hideous behaviour but forgiveness isn’t.

Just for a few days, couldn’t we just avoid the divisiveness in which Clarkson specialises? And God I’d love it if the royals could forgive each other and all move forward. Spare each other and us. We’ve had a torrid few years, nations and the people in them ravaged by disease and death. I doubt we could manage peace on earth with Putin still around but surely we could have a little quiet goodwill this Christmas. And Chanukkah.

*Tchotchkes: the yiddish word for ornaments.

More from our award-winning columnists

Sky-high cost-cutting: Do we really need two pilots in the cockpit? With advances in technology, won’t one pilot on a flight do? Here’s what QF32 hero and ‘Sully’ Sullenberger think – Peter FitzSimons

The tea: With 61 bills passed since the Albanese government came into power in May 2022, who – or what – wins the prize for the biggest storm in a teacup? – Ross Gittins

Behind the power: When you write a book about Scott Morrison, and are more than familiar with the ways the former PM has justified his behaviour, surely you shouldn’t feel sorry for him? – Sean Kelly