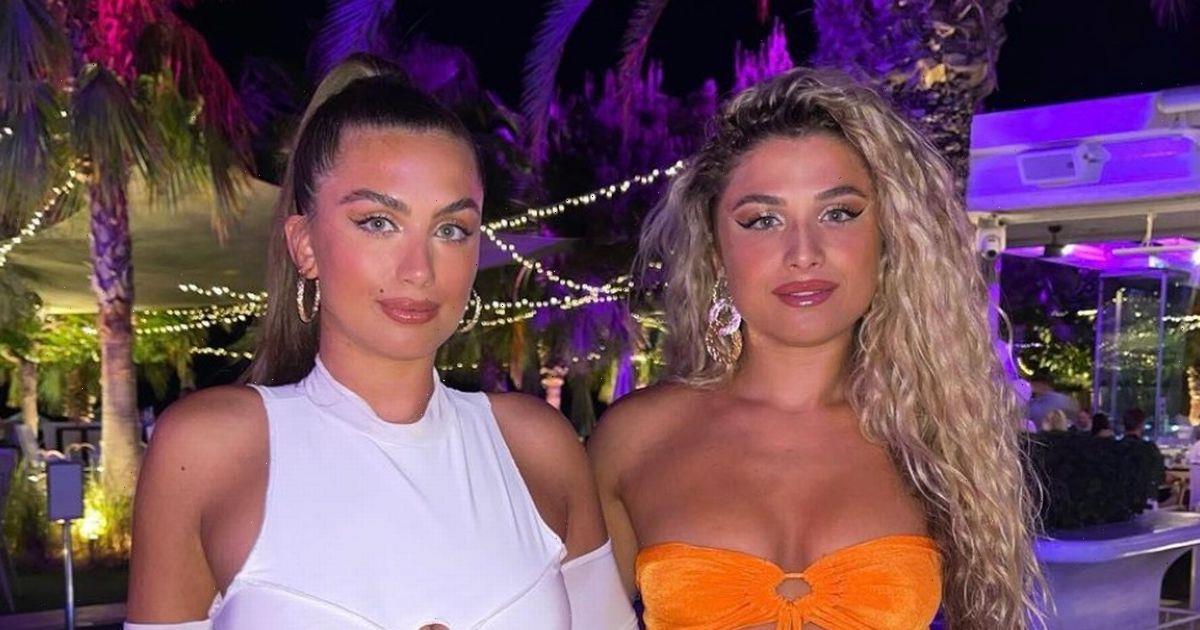 We know she has a famous mum – celebrity chef Tonia Buxton, 54, who is a regular on Sunday Brunch and is the host of both My Greek Kitchen and My Cypriot Kitchen.

And Antigoni's dad has also caught the eye of fans.

Paul, 57, has been coined "hot" by Love Island fans as they caught a glimpse of hi showing off his six-pack.

Many were quick to comment on the photo, with one person saying: “I refuse to believe he is 57 WHAT”, while someone else said eagerly: “I need his nutrition and workout routine!”

Paul and Tonia are parents to daughters Antigoni and Sophia, and sons Zeno and Zephyros.

Antigoni's sister is a model and looks as gorgeous as ever on her social media, where she has 14,000 followers.

Here's what you need to know…

Who is Antigoni Buxton's model sister?

Sophia is a stunning model who is no stranger to a bikini snap on social media.

The brunette beauty details herself as a model on her Instagram bio, and she's signed with Nevs Model Agency.

The beautiful sisters posed for a bikini snap recently as Sophia wished a happy birthday to her "best friend" Antigoni.

"Happy birthday to my best friend, sister & rock I would be lost without you. Thank you for always being the person I can look up to and being my motive provider love you lots even though you’re a bad influence and steal all my thing," she penned.

In the gorgeous photo dump of the girls they pose for several snaps in bikinis.

They also shared some adorable photos from when they were babies, looking equally as close then as they are today.

Sophia has taken over her sister Antigoni's social media channels while she's away in the villa.

She's been sharing sweet family photos on Antigoni's account while she's away, and recently posted a throwback snap of her and Antigoni cuddling as kids, after the Love Island star said she was a very "cuddly person" during a recent episode of the ITV2 dating show.

Away from the hit dating show Antigoni lives in a gorgeous abode in London that boasts house plants, prints, a big kitchen and music equipment for the singer to get her jam on.

The dwellings is often shared on her Instagram account, and there's perhaps no surprise that the singer-songwriter has a piano.

Posing in front of it, she shared a look at an iconic Friends print in black and white hanging on the wall, and several house plants.

The living room also has a recoding mic and cosy sofa for kicking back on after a long day, with a large TV to watch in the room too.

Perhaps taking after her mum's love of cooking, Antigoni has a huge kitchen in her lavish home too.

Love Island continues every night at 9pm on ITV2.