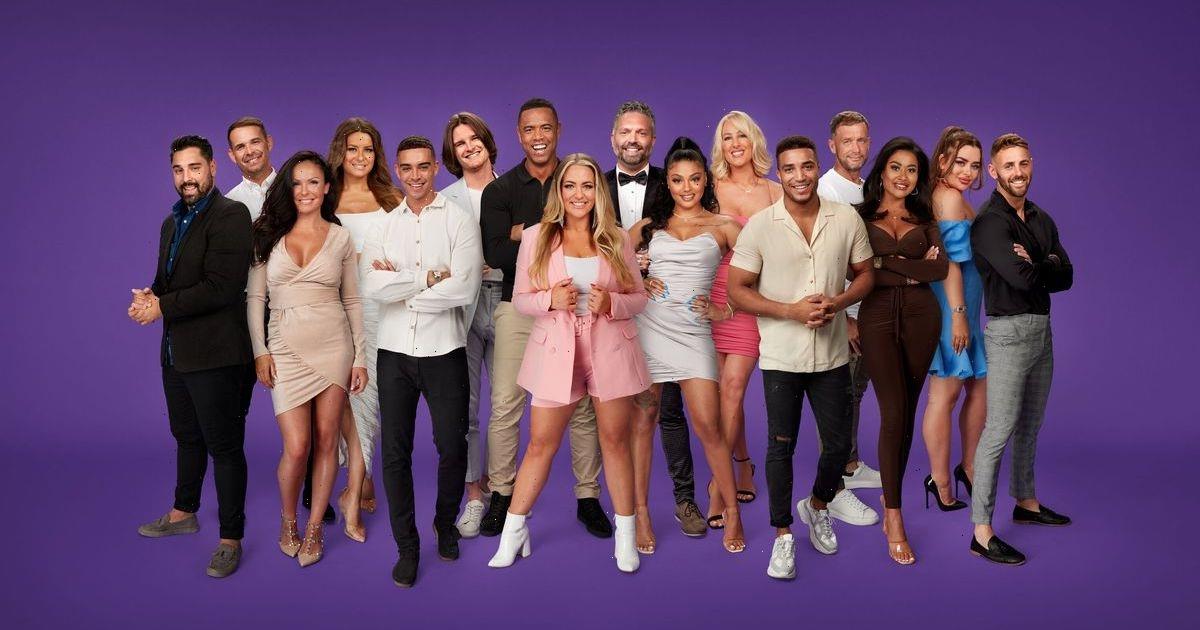 It's been over a year since the 2021 Married At First Sight UK contestants met one another, having left their love life in the capable hands of a bunch of relationship experts.

The sixth series of the hit show, which aired on E4 in August 2021, was packed full of drama, with eight couples taking the plunge and tying the knot this time round, instead of the usual two or three.

Viewers watched as some couples went from strength so strength while others quickly fizzled out, having realised they were not compatible with one another.

While some contestants have found long-lasting love and have even gone on to start a family together, others haven't been quite so lucky.

Let's take a look at where the cast of Married At First Sight UK are now ahead of the show's return on Monday 29 August.

Get exclusive celebrity stories and fabulous photoshoots straight to your inbox with OK!'s daily newsletter

Tayah Victoria and Adam Aveling appear to have been perfectly matched by MAFS relationship experts, with the pair's romance still going strong over a year after they first met.

The couple, both 26, survived the experiment and eventually got engaged, with plans to officially tie the knot next year.

Tayah and Adam also delighted fans recently when they exclusively revealed that they're expecting their first child together.

The pair are set to become parents later this year, prompting them to postpone their wedding which they had hoped would take place in 2022.

Speaking to OK! dad-to-be Adam said: "We’ve pushed it back to next year. We were going to get married on the date that both our parents got married so we were going to keep that tradition going, but now the baby is due around then so that can’t happen.

"Otherwise Tayah would probably be going into labour walking down the aisle and be in the hospital in a wedding dress!"

Ant Poole was originally paired with Nikita Jasmine, but they quickly realised they weren't compatible and Nikita eventually left the show.

Ant, 28, then coupled up with newly-single co-star Alexis Economou, 28, who had just separated from her husband Jordon Mundell, 28, after deciding they weren't a good match.

Ant and Alexis gave things a go, but ultimately decided they'd be better off as friends. The couple, who are both models, look to still be on good terms however, with Alexis sharing a snap of them together on Instagram after the show ended.

She told her fans: "We may not have found love with each other but we leave the experiment wiser & stronger as individuals with no hard feelings or hate in our hearts for one another."

Matt Jameson and Daniel McKee made history last year when they became the first same-sex couple to appear on Married At First Sight UK.

Matt, 39, and Dan, 28, proved to be a perfect match and despite a few minor hiccups, their romance survived the show, and they're still happily together today.

The couple now live together at Dan's home in Northern Ireland, and hope to have an official wedding in the future.

Dan and Matt's Instagram accounts are filled with loved-up snaps of them together, and they recently posted a sweet video to mark one year since they met on MAFS.

The pair wrote: "One year ago today we met each other and what an incredible year it has been."

Amy Christophers and Joshua Christie's romance didn't have a happy ending, with the pair splitting shortly after the show finished.

Sports broadcaster Amy, 35, has since moved on with firefighter Leon McKenzie, after Joshua, who is a fitness coach and DJ, ended things with her.

Speaking about her MAFS partner, Amy recently revealed: "We don’t speak, it’s sad but I have to respect it. I’m sure if we saw each other out we would say hello and hopefully, it wouldn’t be awkward."

She added: "I have no bad feelings towards him. I’d love to be able to text him random funny s**t I remember but hey ho.”

Amy recently shared a post about her time on MAFS, and jokingly wrote: "A whole year ago today I said I do to a complete stranger!! And now he’s a complete stranger again gone full circle! If you’re reading this Josh all the best babe we had some laughs!"

Morag Crichton and Luke Dawson's marriage didn't quite go to plan, and from the get go the pair weren't too pleased with Married At First Sight's matchmaking skills.

However, Morag, 31, and Luke, 36, continued trying with their romance up until the final commitment ceremony, and when they left the show they appeared to be happy together.

Days after the show finished, the couple revealed that they'd split after Luke ghosted Morag, and shockingly revealed that he had "never loved her".

Morag, who is a veterinary nurse, appears to be over the split however, and can be found regularly enjoying nights out with her fellow MAFS co-stars including Bob and Amy.

Marilyse Corrigan and Franky Spencer decided to stay together at the final commitment ceremony, but it wasn't long until they announced their split.

Franky, 47, moved back from Dubai to the UK, but he and 37 year old Marilyse didn't end up staying together.

They both appear to have put the split behind them, with Marilyse enjoying life with her two sons and pet dogs, while Franky has continued working as a fitness coach.

The former couple also look to still be on good terms, with Marilyse recently wishing Franky a "happy friendversary" on Instagram, and revealing she has "no regrets" as they had a "great time together".

The mum-of-two also added: "Thank you Franky for being my friend over the last year. I really have found a friend for life in you and I'll always be here for you (so will my boys & dogs!!) Love you!"

Megan Wolfe and Bob Voysey's marriage was dramatic to say the least, with the couple struggling to connect with one another from the very start.

Megan, 26, cheated on Bob, 26, with fellow contestant Jordon Mundell, but the pair decided to try and continue with their romance.

However, their relationship couldn't be salvaged, and they eventually called it quits before the final commitment ceremony.

He recently wrote on Instagram: "How time flys…. 1 year ago today I woke up knowing I was going to get married to a complete stranger @meganwolfeinsta It has honestly been the most crazy year of my life but I am so thankful for the opportunity to try and find love from @e4mafsuk however, the search goes on to find Mrs Bob".