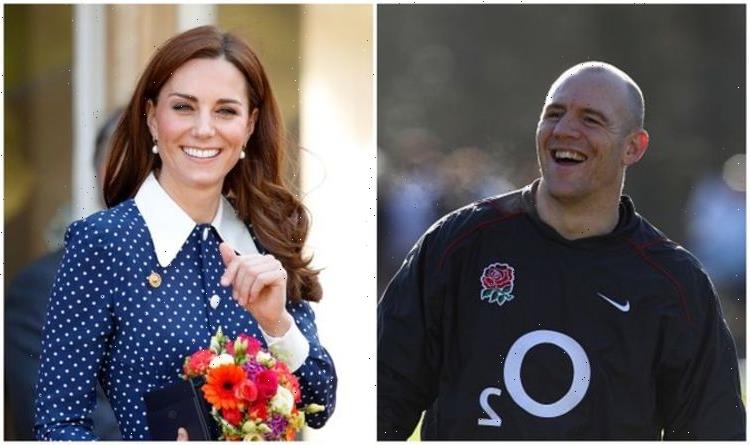 Traditionally, the Royal Family would marry princes and princesses from neighbouring European royalty, or upper-class Lords and Ladies from British aristocratic families, like Lady Diana Spencer. But since the wedding of Prince William and Kate Middleton in April 2011, the Royal Family has seen ‘commoners’ from all sorts of backgrounds marrying into the institution.  The following royals all lived very different lives before joining the Royal Family.

Before marrying the daughter of Princess Anne and eldest granddaughter of the Queen, Zara Phillips, in 2011, Mike Tindall was a professional rugby player.

In his career as a professional athlete, Mike represented both Bath and Gloucester, as well as being a member of the English squad for a number of years.

Mike met his wife in a bar in Sydney, during England’s World Cup campaign and the pair instantly connected.

The couple are happily married with their two daughters, Mia and Lena and son Lucas.

Although the Duchess of Cambridge looks effortlessly regal and certainly acts just like a future Queen, being royal is not inherently in her blood.

Kate was studying History of Art at the University of St Andrews in Scotland when she met Prince William in 2001.

After dating on and off for several years during and after their university years, the pair finally tied the knot in a royal wedding at Westminster Abbey in 2011, with over 60 million people watching.

Before the famous wedding, Kate worked in a 9-5 job as a merchandise buyer at the high-end fashion chain, Jigsaw.

Since her drastic career change, the Duchess of Cambridge has sustained her passion for fashion and is regularly photographed sporting sustainable and ethical garments.

Jack is married to Princess Eugenie after tying the knot in Windsor Castle in 2018.

Before becoming a royal, Jack worked in the hospitality sector and managed the prestigious Mayfair nightclub, Mahiki, which has been popular among Prince William and Prince Harry.

Jack went onto become the brand ambassador for George Clooney’s tequila brand, Casamigos, and continues to work in promotional roles.

Meghan had a successful acting career after starring in seven series of Suits before swapping her Hollywood career for a life as a member of the Royal Family.

She became engaged to Prince Harry in 2017, and married in May 2018 in Windsor Castle, with an estimated 1.9 billion viewers watching worldwide.

The pair decided to step back from their official royal duties in January 2020 and are now living with their two children, Lilibet and Archie, in California.