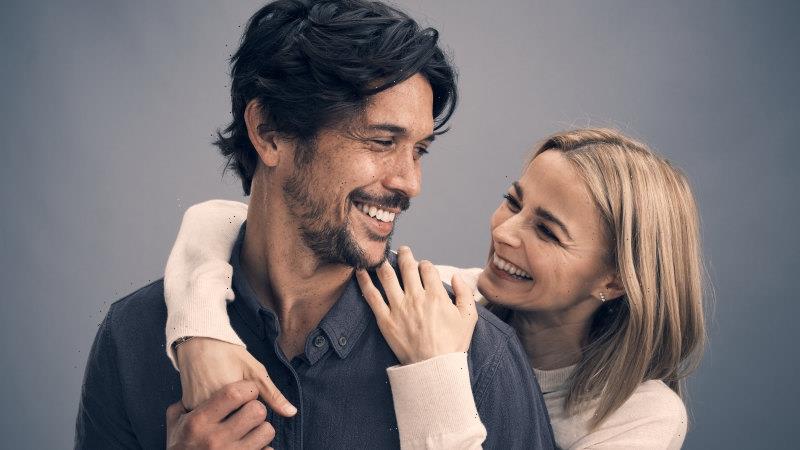 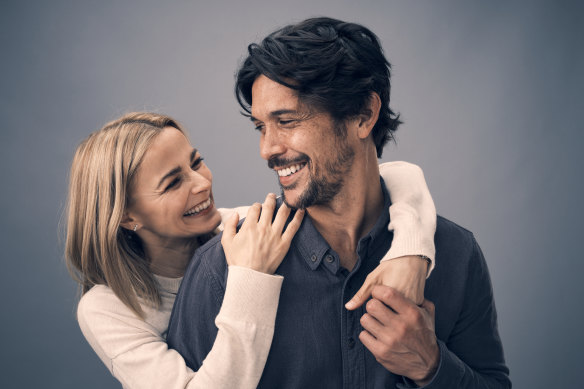 There are a lot of strange job titles in film and television (grip, best boy, gaffer) but one of the most recent and most perplexing is that of intimacy co-ordinator. Who are these people, and what do they do?

What does an intimacy co-ordinator actually do?

“You’re opening up conversations around intimacy, within a storyline,” Chloe Dallimore says. “And intimacy is everything from holding hands to simulated sex. Bathing someone, holding someone, a hug, a kiss, stroking their arm, yelling at them, slapping their face. All of that is intimacy.”

An intimacy co-ordinator is, she says, just like a fight director. “If you had a fight scene where both actors had knives in their hands and one of the actors had to die at the end, would we say to the actors, ‘Here are a couple of knives – go for it.’ No. So an intimacy co-ordinator does the same thing with intimate content. How we are going to make that intimate content look real, and so everyone feels empowered.”

Amy Cater says ideally the process starts with the IC getting a script ahead of time, noting the areas that might need discussion. What those areas might be can vary wildly between scripts and sets. Two 16-year-olds might need a lot of help in a kissing scene. Two experienced actors who know each other well will not. 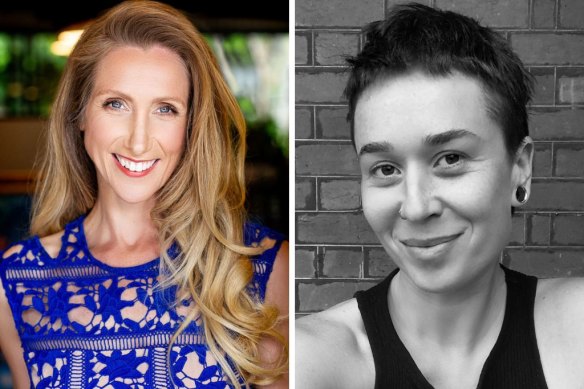 She stresses that it’s also very much a collaborative effort. “Some directors are really elaborate and know exactly the beats they want to hit. And others are more – I just kind of want this vibe, you figure it out with the actors.”

Each actor in the scene is worked with individually, and then together. There’s a blocking process, just as there is any other scene. Rehearsals. “Then we bring the crew in. Show them what they have to do. Then we get the actors into wardrobe, get them back, and go for a take. So it really is broken down in quite a pragmatic way.”

But Cater says the role is also more creative than most people realise. “We get put into the ‘safety officer’ category – and that is certainly a big part of the role – but there are also really amazing creative storytelling, character development conversations we add to, too.”

Are intimacy consultants just there to protect vulnerable women during sex scenes?

“We’re there for everybody,” says Cater. “We’re there for the actors, we’re there for the crew, we’re there for the production team.” Obviously, one of the things they do is make sure everyone feels comfortable about sex scenes, but that’s not just the woman. Men aren’t automatically OK pretending to have sex in front of a camera. Men are also often asked to play unpleasant, aggressive or violent characters. “To embody that kind of character can be just as challenging and complex as it is for the narrative we’re hearing a lot of – that women need protection,” Cater says. “Everyone can be affected by the content.”

All of those little nuances of relationships are actually teaching a certain demographic how to respect – or not respect – one another.

For instance she was recently engaged on the set of Safe Home, a new drama for SBS dealing with intimate partner violence. There’s a scene where a man is physically aggressive to his female partner. It was something that needed to look realistic. It needed to be managed from the perspective of physical safety. “And then there’s the emotional safety,” Cater says. “They might need support coming safely in and out of those scenes,” she says. “Helping them separate character from personal body.” Cater also helps them not take that stuff home with them. “It’s all about keeping it professional and productive.”

For Dallimore, a focus is also on presenting sex realistically. “I see it as very important that we show intimate content as realistically as possible, so we are not glamorising, not giving a sense of unreal expectations, for men and women,” she says. Often what we see on screen is actually physiologically impossible, something Dallimore has real problems with. “Because for a lot of people, watching how people interact intimately on screen is an educative tool.”

She’s currently working on Home & Away, and it’s a responsibility she takes seriously. “There’s no simulated sex, it’s all very G-rated,” she says. “However, we still have intense conversations between the actors because they are also having to portray the intimacies of a relationship. All those details are just as important as sex acts. All of those little nuances of relationships are actually teaching a certain demographic how to respect – or not respect – one another.” 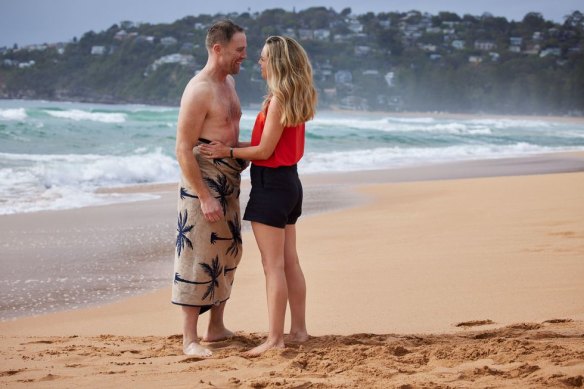 Dallimore is currently working on Home and Away.Credit:Endemol Shine/Seven Network

Does every set need an intimacy co-ordinator?

“Based on experience level, who’s in the room, co-actors and directors and crew, everyone is going to have a different level of comfort and need,” Cater says. “But I would say even if you’re the most experienced actor and you’re incredibly comfortable with the team around you, engaging with the process of intimacy co-ordination just sets a standard for everybody. And it means the person who might need a bit of extra support doesn’t have to be the one to voice that need.”

But she says flexibility is key to doing her job well. “You read the room. It’s not about getting in people’s way. It’s not about enforcing a mechanical process when everything is great.”

The actor, singer and dancer is also the immediate past president of the Media Entertainment and Arts Alliance and was closely involved in the development of the MEAA’s Intimacy Guidelines, introduced in late 2020.

Is qualified in psychosomatic therapy, bodywork and somatic sex education and is a photographer and performance artist. Recent projects as an IC include Love Me and Savage River.

Both women are qualified intimacy co-ordinators.

Dallimore comes back to the notion that “intimacy” is a very broad concept, and shooting emotionally difficult scenes can affect everyone. The actors may be fine, but is everyone else? “Now we’re not just thinking about cast members, it’s also about crew who have to film this content,” she says. “Did they choose to film a stillbirth? Or a non-consensual sex scene? We’re dealing with those things much better, and are more conscious that it is a workplace.”

Are intimacy co-ordinators becoming more common or accepted on set?

“I think in the beginning here was a little bit of a teething stage where lots of the production would happen then someone would suddenly say, ‘I think we need an intimacy consultant for this scene’,” says Cater. Now, people not only know what an IC is, co-ordinators are often involved from day one. And she loves it when the more experienced actors engage with the process, because their attitudes are very influential. “They can encourage other actors to engage and it just means the risk is far reduced.”

“There was a time when what the director wanted was what you did. And no one dared to question that,” says Dallimore. “So we had some pretty horrific scenarios occur.” It also didn’t necessarily create a great sex scene. But the days of muddling through seem to be over and, like Cater, Dallimore’s presence is actively sought.

“With MeToo, with employers’ awareness of workers’ mental and physical wellbeing, the changed attitude to consent – I don’t think we can put the lid back on the conversations around how we do intimacy on screen. And I think that’s really important.”