What became of Kate Middleton’s St Andrew’s prep school pals? As Duchess reunites with her former teachers, Femail reveals the different paths taken by her old classmates, including an actress and a photographer

Arms around one another and beaming proudly, six fresh-faced schoolgirls pose in their summer dresses with a much-loved teacher in the centre.

None could know that on the far left of the image is Kate Middleton, 38, who would grow up from a shy schoolgirl to the confident and much beloved Duchess of Cambridge.

The royal was surprised during a trip today after bumping into the male teacher, Kevin Allford and his wife Denise Evans-Allford, during a royal visit to South Wales.

The teachers had not seen the duchess since she was 14, when she visited her brother James at the school with her sister Pippa. 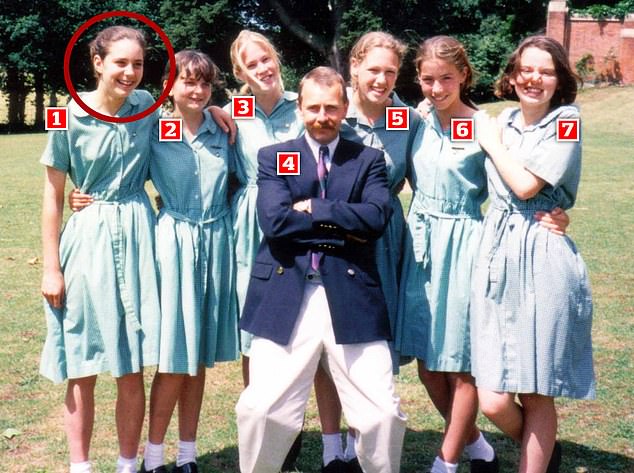 Kate Middleton, 38, was surprised today when she reunited with her former teacher Kevin Allford – but what happened to the other six schoolgirls in the photograph?

But what became of her friends who she posed for a photograph with in her summer dresses? FEMAIL investigates…. 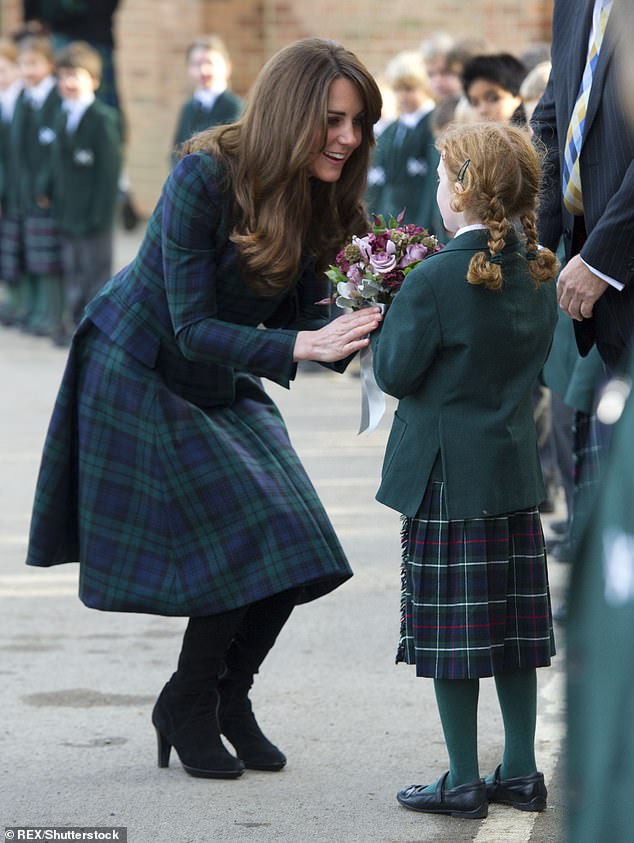 The Duchess of Cambridge revisited her former school in November 2012, when she spoke adoringly of her days as a pupil (pictured, during the visit)

Kate Middleton was something of a star pupil at the exclusive establishment, just a short drive from her home in Bucklebury, where she won awards for both sport and music.

According to one fellow pupil, Kate thrived in the school’s close-knit, family atmosphere.

There was also the Under 12/13 rounders team for which Kate – listed under her full name Catherine Middleton – was named the highest scorer of the season.

On prize giving day, her prowess was rewarded with the Calvert Cup for rounders and the Leslie Cup for outstanding overall sporting achievement for a girl.

The royal went on to move to Marlborough College and later attended St. Andrew’s University, where she met Prince William, 37. 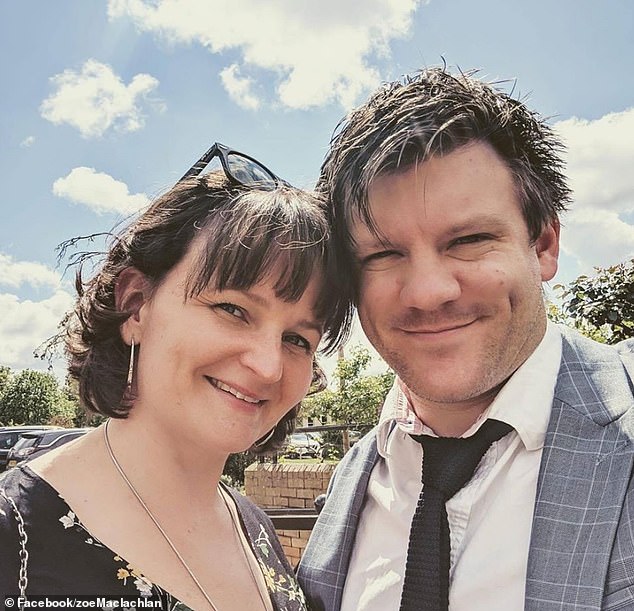 Much like her classmate Kate, Zoe MacLachlan, nee de Turberville, is a passionate photographer (pictured here, with her husband Steve)

With an arm around Kate, Zoe de Turberville can be seen shyly smiling in the photograph alongside her classmates and former teacher.

The schoolgirl went on to study music at Cardiff University, before going on to gain a teaching qualification in music from Cambridge.

She went on to marry her husband Steve MacLachlan in 2018, and the couple have two sons together.

Much like the Duchess, who is a keen amateur photographer, Zoe is also passionate about the hobby.

The former classmate of Kate often shares her photographs online, taking snaps at weddings and christenings.

It is not known if the craft is her full-time job or whether she still works as a teacher.

While Kate has become known for taking photographs of her children to mark their birthdays, Zoe also adores taking photos of ‘life as it happens’, with many of the images on her Facebook page showing children. 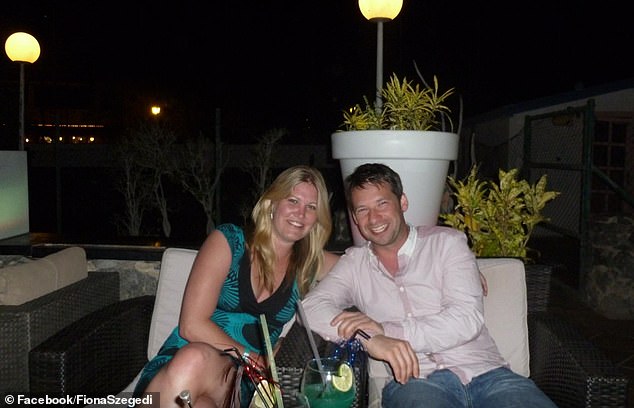 Fiona Szegedi, nee Beacroft, now works as an Accounts Director at Beacroft Farms and has three young sons with her husband Steve (pictured together in 2012)

Fiona Beacroft, who now goes by her married name of Szegedi, gained a diploma in media and business at college in Oxford after school.

She went on to is an accounts director at Beacroft Farms, which is based in Moulsford in Oxfordshire.

Online, she describes herself as ‘hardworking, competitive, results focused individual who can adapt to any given situation.’

She married husband Matt, who works as a joiner, and like Prince William and Kate Middleton, the couple have three children. 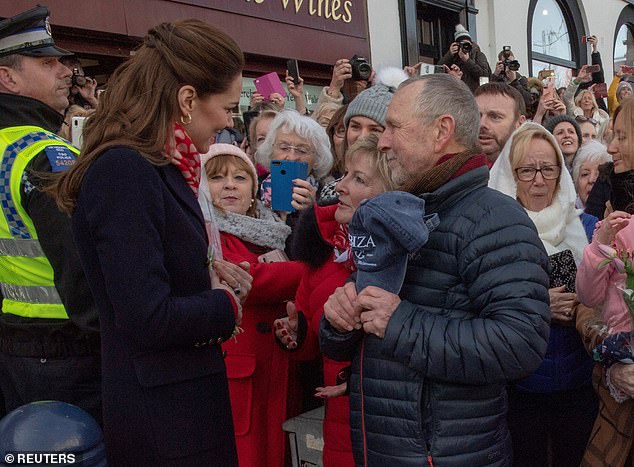 Teacher Kevin Allford travelled with his wife Denise to reunite with Kate during a royal visit to Wales today (pictured, meeting the Duchess)

Teacher Kevin Allford, along with his wife Denise Evans-Alford, taught Kate, Pippa and James Middleton while they were at school at St. Andrew’s Prep.

Kevin taught German, French and P.E. at the school, and was also the Duchess’ form tutor for several years while she was aged between 11 and 13.

Meanwhile Denise was also a sports instructor at the school.

The couple had a daughter Angharad Evans-Allford, while working at the school, who is now in her twenties.

Earlier today, Kevin, who remembers the Duchess of Cambridge as part of a ‘wonderful class of girls’, said: It was wonderful she gave us so much time. She said it’s such a small world, and she hadn’t expected to see her ex-teachers in Swansea. 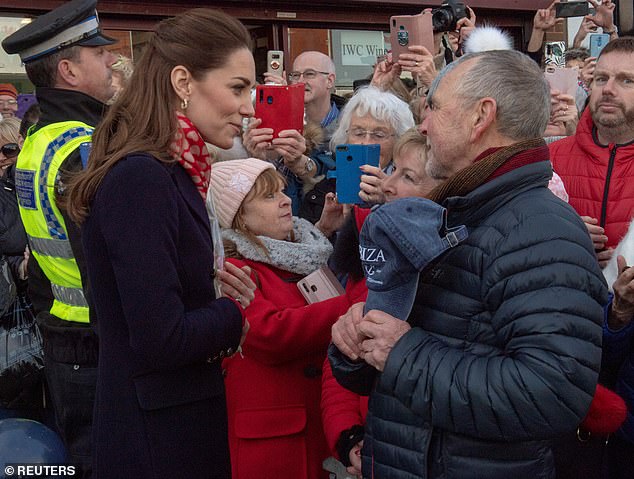 The two appeared overjoyed to reunite with their former pupil, whom they last saw when she was a teenager

‘We saw her last when she and Pippa came back to school to visit James, she was 14. We haven’t seen her since then. Obviously we’ve been following her career. She was in a wonderful class of girls and they got on so well together.’

Kevin said he enjoyed teaching Kate and the other pupils in her class so much that he asked to do so for an extra year. Both teachers said how much Kate had liked her time at the prep school.

‘She loved it so much,’ said Mrs Evans-Alford, who taught PE. ‘We had such a fantastic time there. She was in my netball team and rounders team. She was wonderful. She hasn’t changed a bit at all, you can tell. Pippa and James were wonderful too.’

The Duchess, who went on to study at Downe House and Marlborough College. appeared equally thrilled by the reunion and smiled broadly as she spoke to the teachers.

She told the couple: ‘I want to instil in my children the life I had at St Andrew’s.’

Little is known about Katherine Nipperess, who can be seen letting out a burst of laughter in the snap alongside her school-friends. 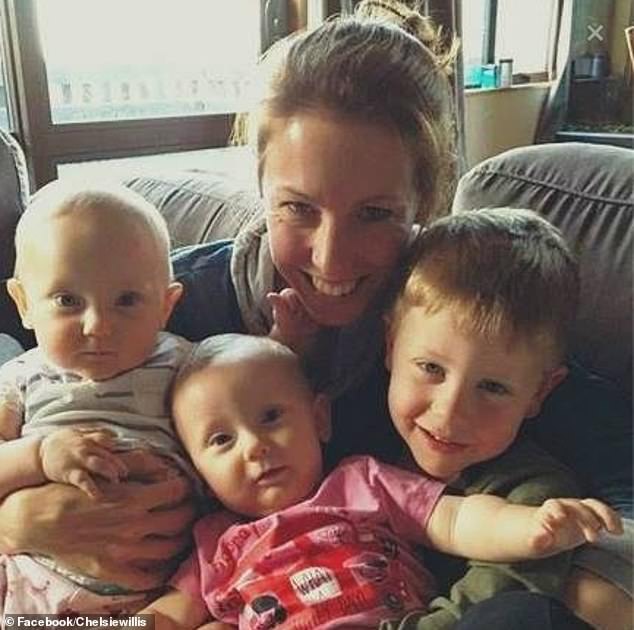 Little is known about Chelsie Finlay-Notman, who changed her name to Willis when she married her husband, whom she has three young sons with

Chelsie Finlay-Notman is also somewhat of a mystery, although it is known she changed her name to Willis when she married.

The couple went on to have three children, welcoming three boys to their brood. 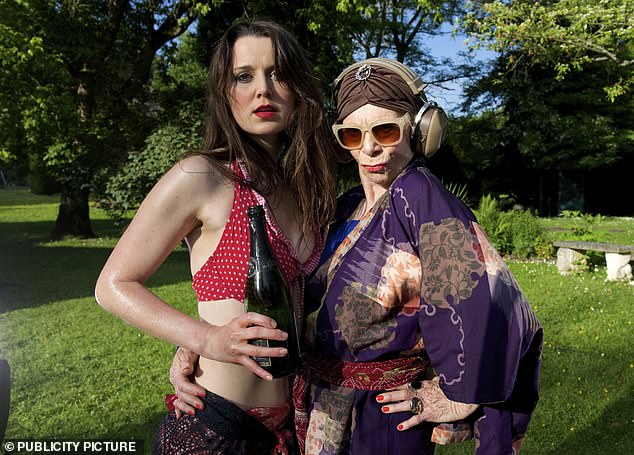 Actress Emily Bevan has starred in TV shows and films, including The Last Sparks of Sundown (pictured left)

While many of Kate’s classmates have shied away from the limelight, Emily has made a career as a successful actress.

After leaving school, she went on to attend the Royal Central School of Speech and Drama and received a Master of Arts degree in classical acting.

The actor has starred in TV roles including Doc Martin, J.K Rowling’s The Casual Vacancy and In the Flesh.