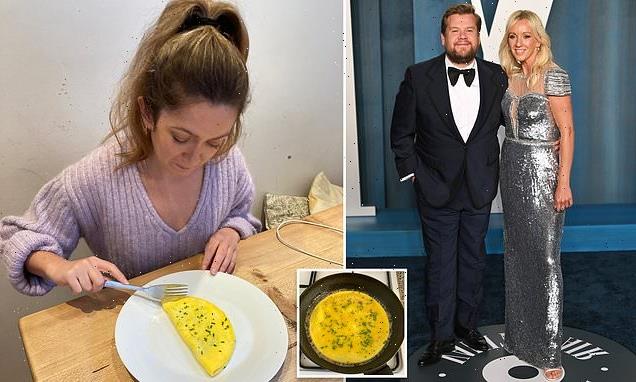 What an egg yolk omelette REALLY tastes like: FEMAIL whips up the dish at the centre of war of words between James Corden and Balthazar owner (with surprising results)

An omelette made purely from egg yolks has been the unlikely centre of a celebrity row this week, but what does the dish really taste like?

After James Corden was forced to apologise to Balthazar manager Keith McNally following his ‘rude’ complaint that his wife Julia Carey’s egg-yolk dish contained traces of egg white which she is ‘allergic’ to, FEMAIL decided to make the dish ourselves to find out what all the fuss was about.

Corden was forced to apologise on The Late Late Show, where he explained that he and his wife had sent the dish back three times after finding traces of yolk on the plate – but according to dietician Reema Patel, it is ‘impossible’ to fully separate the two parts of an egg.

But is an egg yolk omelette really worth all this controversy? I made a version of the dish for myself to find out… 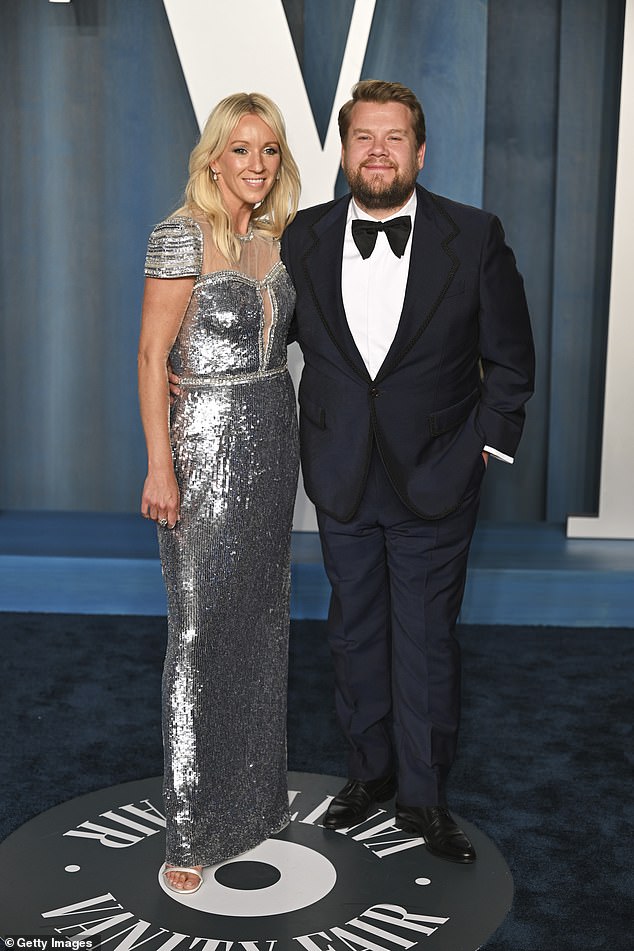 After James Corden came under fire for his ‘very rude’ complaint to staff at Balthazar when his wife, who is ‘severely allergic’ to egg whites, was allegedly given an omelette containing the ingredient, FEMAIL decided to investigate how difficult it is to make the dish 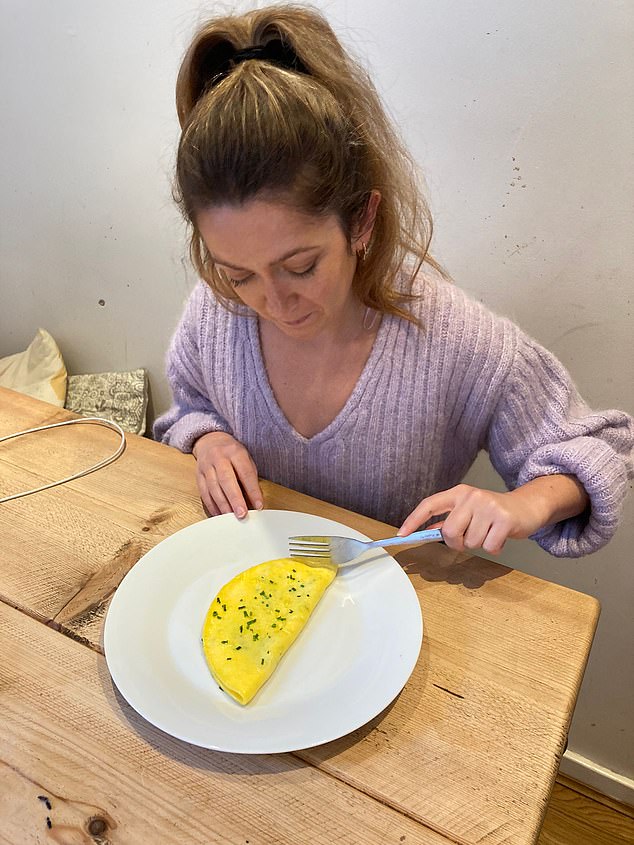 The egg yolk omelette, seasoned with salt and pepper and cooked in lashings of butter, took little more than a minute to cook

Although I’m not the biggest fan of omelettes, I was tasked with trying to recreate the Balthazar egg-yolk omelette that had been made for Julia Carey on the day of the incident which led to her husband being banned from the brasserie.

I don’t think I’ve ever followed a recipe for an omelet before in my life, and I wasn’t going to start today, so I went with a similar method I’d use for scrambled eggs – the eggs themselves (no whites, of course), salt and pepper, chives for a little flavour and lots of butter.

I used five eggs for the recipe, mainly because I accidentally split the yolk on the sixth one rendering it unusable for this experiment. Then I went about separating the yolks as best I could.

Rather than messing around flipping the yolk between two pieces of shell, I used a technique learnt from watching years of James Martin cooking shows and poured the whole egg into my hands, allowing the white to fall between the gaps in my fingers and into a bowl. 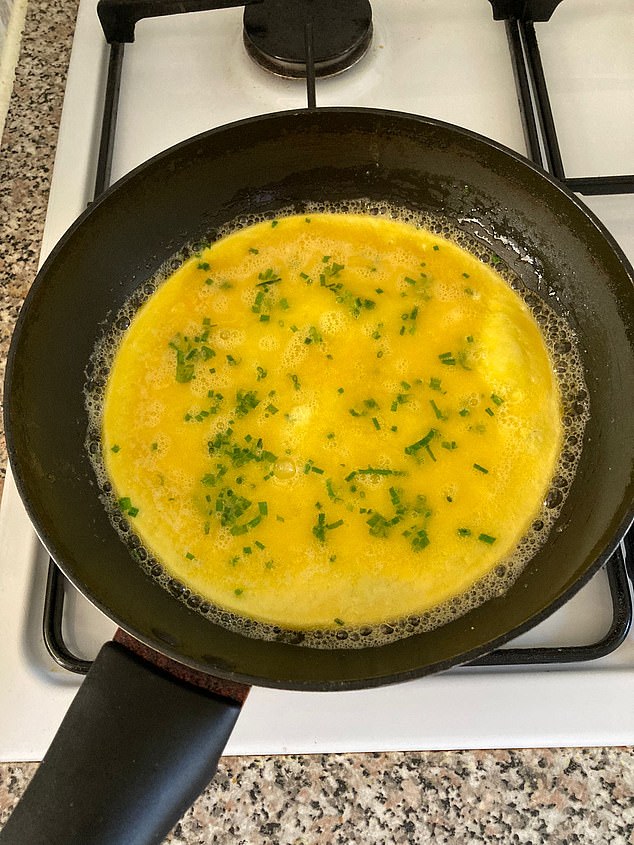 Before pouring the egg mixture into the pan, I added a generous amount of butter, which was melted until it sizzled 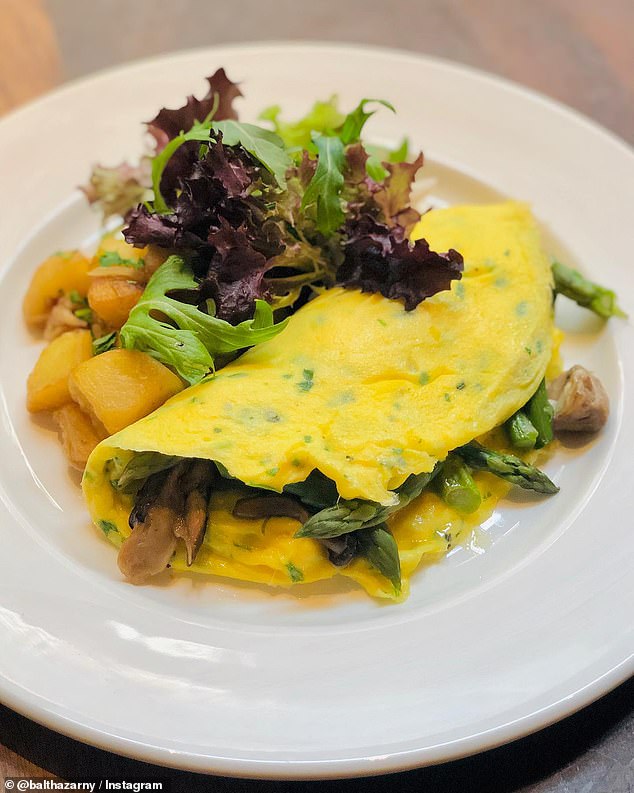 Julia had ordered an egg yolk omelette and told the staff she wanted it without egg whites, because she was allergic, but sent back the plate when the dish arrived with egg white in it. The final straw was when the remade omelet was sent out with a side of home fries instead of salad

For the most part, it works pretty well and it’s a method I’ve successfully used to make custard over the years.

However, it’s safe to say this isn’t a method that totally and completely removes every trace of egg white, with at least a little dribble of the stuff attached to the yolks as they dropped into the bowl. Our dietician was definitely correct.

Once I had separated my yolks, I began whisking and I was surprised at how thick the mixture was. Having already lost one yolk to my clumsiness and conscious that I had to produce a decent-sized meal, I decided to improvise.

In the extensive research I carried out before beginning my experiment, I had read that it is possible to add a tiny bit of water to an egg yolk mix to make it a bit more viscous (which I hoped would help it go a little further). I added approximately two teaspoons of water to the bowl before whisking intensely to combine.

On the side, I finely chopped a small handful of chives to give my omelet a little bit more flavour. Although cheese is usually the addition of choice when it comes to omelets, we were keen not to interfere with the overall texture of the dish, so chives would have to do. 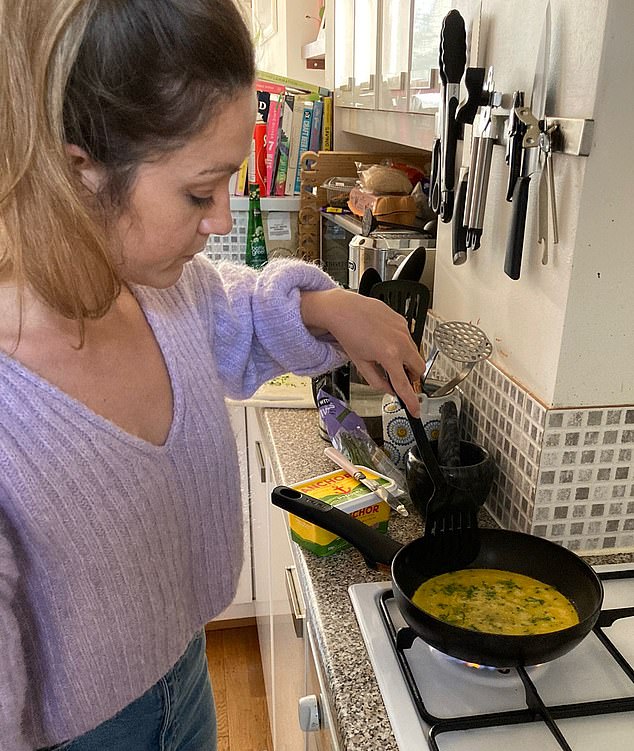 The omelette did not require very long in the pan at all, and was cooked within a matter of seconds as it bubbled away

Taking more advice from James Martin, I added a generous helping of butter to a pan on a medium heat and allowed it to melt until it was bubbling. Meanwhile, I seasoned the egg mixture in the bowl.

When the butter was ready, I added the egg mixture and turned the temperature down, allowing it to bubble away nicely. As it cooked, I sprinkled the chopped chives over the top.

It took little more than a minute to cook before it was ready, at which point I folded it over and tipped it straight onto a plate. It was time to taste my creation.

Overall, the flavour wasn’t bad, and perhaps nicer than a traditional omelette as the yolks, which contain most of the fat, allowed for a rich, silky taste. The chives added a little bite, and I don’t think it’s possible for anything to taste unpleasant when it has been cooked in that much butter.

The texture was a little unusual, with the omelette feeling chewier and more spongey than one that had been made with a full egg. However, it was perfectly pleasant to eat and overall I think I did a decent job.

One thing that struck me throughout the process was that, despite being able to spot tiny traces of egg white in the yolks when I first separated them, from the moment I whisked everything together I couldn’t spot it anymore – which could perhaps be dangerous for people who do have allergies.

Dietician Reema said: ‘If someone is allergic to egg whites but not egg yolks, they would be strongly advised not to eat an egg yolk omelette.

‘This is because it is not possible to separate the egg white from the yolk – leading to contamination. Even the smallest egg white can trigger an immune response, which can be harmful.’

Nonetheless, if you don’t have allergies it was a perfectly fine dish – and the good news is I can easily whip up a meringue for dessert.