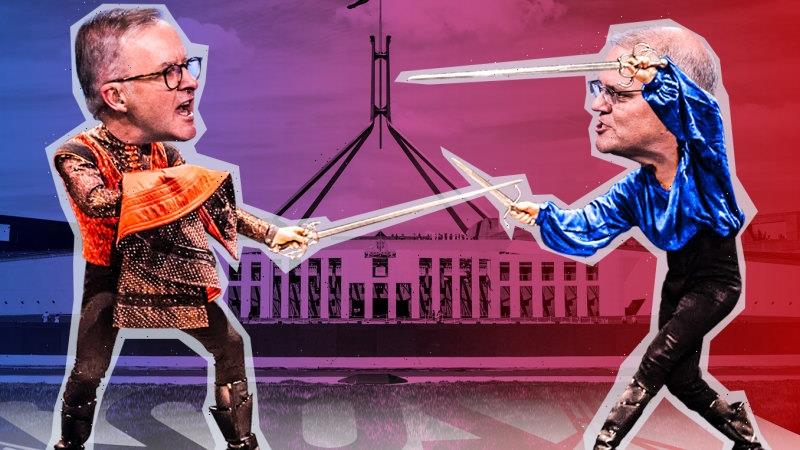 Two parties, both alike in dignity, in fair Australia where we lay our scene.

Elections are a lot like Shakespearean plays with their theatrics, drama and conflict.

And our two main characters, Prime Minister Scott Morrison and Opposition Leader Anthony Albanese, are about to clash in a final battle in which only one will be victorious. 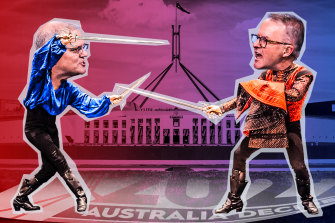 Much like a Shakespearean play, the election campaign has been full of drama, theatrics and conflict.Credit:Monique Westermann

So, before the climax on May 21, what are the main plot points from this week? And, what can we expect in the final week of preparations?

Before we jump in, why not test your knowledge of this week with our quiz?

What are the key points from this week?

What can we expect from the final week of the campaign?

Just like our Shakespearean dramas, in an election, all the major themes come together at the end.

Catch up on the campaign so far