Health experts say they’ve given up on seeking a national approach to border restrictions and quarantine because premiers will never hand over total control, as they called for purpose-built facilities in all states and territories.

Queensland remains determined to back its planned Toowoomba quarantine facility despite a Commonwealth proposal to use a military barracks near Brisbane Airport, while West Australian Premier Mark McGowan agreed on Friday to jointly assess the suitability of federal land at two Perth airports. 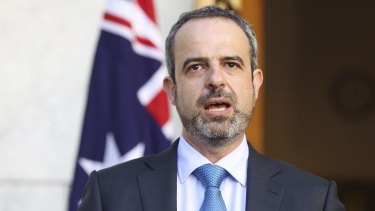 As well as identifying the Queensland and WA options on Friday, Prime Minister Scott Morrison committed to completing the first stage of a facility at Mickleham in Melbourne’s north before the end of the year.

“We’d like to see facilities in each state and territory in particular where there are international arrivals. We don’t know how long we’re going to be battling COVID-19 but it’s going to be for years,” he said.

Dr Khorshid said the AMA had spent months calling for a uniform approach from states and territories to quarantine, border arrangements and responses to outbreaks but the reality was governments might always take different approaches.

“It’s probably not going to happen and the states retain complete control over how they run their own state,” he said. “So rather than continuing to beat that drum I think we have to work with the reality of the situation and just encourage each state to do the right thing.”

Public Health Association of Australia chief executive adjunct professor Terry Slevin said the statutory powers around outbreak responses and restrictions exercised by the states’ chief medical officers were substantial and there to protect the public’s health.

“That really, in a practical sense, can only be applied at a state-by-state level,” he said. “States are always going to be reluctant to relinquish that level of control over the health considerations of their own populations.”

He said restrictions and quarantine would be needed for the foreseeable future.

“We’ve got many, many months if not years in front of us, so we still don’t know where the end of this tunnel is,” he said.

Mr McGowan said he still thought an existing quarantine facility such as Christmas Island would be a quicker option but accepted the federal government did not want to use those and was happy to look at the plan for a 1000-bed facility at either Perth or Jandakot airports.

“They want to create a new facility so it will take time, planning, design, tendering, building and working out the exact site. We’ll do our bit to make it as speedy as possible,” he said on Friday.

Queensland’s Deputy Premier, Stephen Miles, said it was a shame it had taken this long for the federal government to come to the table with a proposal for a Queensland facility at Damascus Barracks in Pinkenba, near Brisbane Airport, and the state government still wanted its Toowoomba Wellcamp proposal to be considered.

“I just emphasise that we have on the table a very detailed, highly costed proposal that could be built now, we could go ahead now, but instead the Prime Minister wants us to start from scratch with this other proposal,” he said on Friday morning.

Federal Health Minister Greg Hunt told Brisbane’s 4BC radio on Friday the Toowoomba proposal did not meet Commonwealth criteria for proximity to a tertiary hospital and international airport.

“The Commonwealth has ruled out Wellcamp,” he said.

“It’s a good thing that Scott Morrison’s rhetoric of more than a year now, rejecting the idea of appropriate purpose-built quarantine facilities, has been overturned,” he said. “It’s a pity that there’s not appropriate detail that the National Cabinet process hasn’t been used and a letter dropped to the newspapers last night is as far as that detail goes.”