Many years ago I bumped into an old friend of mine, an actor I’ll call Matt. He had devoted his life to his craft but had never quite been successful. He’d had jobs here and there, but work was patchy at best, and in his middle age he seemed defeated and sad.

I thought of his dogged perseverance. Was it admirable or foolish? What could Matt have achieved had he quit the dream of acting and moved on? Our culture does not look kindly upon quitting. Failure is perfectly acceptable, even championed, as long as it eventually results in success. 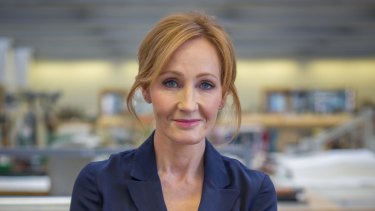 JK Rowling persevered enormously, but it is difficult to know how long to keep pushing yourself in pursuit of ‘success’.Credit:BBC/Tom Hayward

We chant “Winners never quit” and “If at first you don’t succeed, try and try again,” and “You need to fail if you want to succeed.” We lap up stories of persistence, of the author who received 100 rejection letters before her novels were published, of the couple who had 20 rounds of IVF before falling pregnant, of the athlete who trained since childhood to win gold at the Olympics.

Persistence certainly pays off when it is rewarded with success, but, sadly, it does not reward every person with success. For every JK Rowling, there are thousands of aspiring writers who will never get published. For every couple who succeeds at IVF, there is at least one couple who will not. For every Olympic athlete, there are innumerable others who trained every day of their lives and never made the cut.

We all agree that doing things over and over again expecting a different result is unwise (if not necessarily "insane"). So why do we believe that persevering through failure after failure is a good idea?

Success has many components and perseverance is only one.

Persevering through failure after failure can be devastating. It can destroy self esteem and burn through energy and resources. Secondly, we cling to the idea that perseverance is the key to success. This, too, is a fallacy. Success has many components and perseverance is only one.

You need talent or skill, as well as passion and drive. And, crucially, you also need luck. Malcolm Gladwell explains this beautifully in his book Outliers, highlighting the ways in which luck and timing are key to any great success.

Thirdly, our society maintains a collective delusion that anything and everything is possible, as long as you "believe". Just watch any Oscars speech, and see the winner thanking God (who, sadly, has forsaken all those who didn’t win), claiming "This is proof that anyone can make it!"

But not anyone can make it, and a dogged pursuit of an unattainable outcome can be a waste of time at best, and soul crushing at worst. Quitting when you’re not ahead is sometimes the smartest thing to do.

If the pursuit isn’t enjoyable – if it is, say, a painful struggle to break into a particular field, or a to make a failing business profitable, or to keep a difficult relationship alive – you need to be free to let it go.

Failure is not always the path to success. Sometimes, failure is the door to something new.

REAL Housewives of Atlanta star Cynthia Bailey admitted that she feels 'fatigue, anxiety and stress' while planning her wedding during...