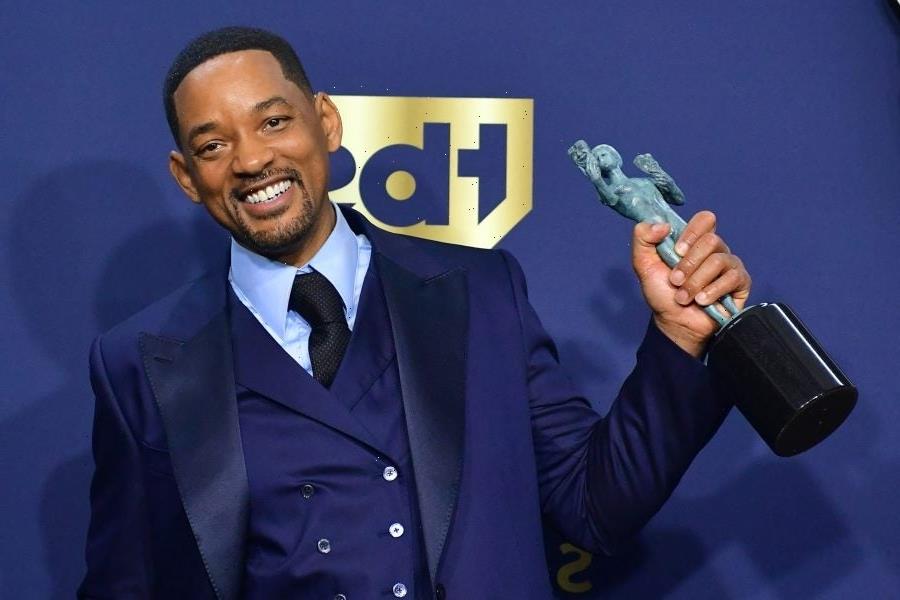 The veteran actor got emotional while accepting his Actor trophy for Outstanding Performance by a Male Actor in a Leading Role for his portrayal of Richard Williams in the sports biopic King Richard. He thanked his costar Aunjanue Ellis for pushing him towards authenticity, and his young costars Demi Singleton and Saniyya Sidney for allowing him the chance to give them guidance.

“That may have been one of the greatest moments of my career just now because my name was called for King Richard, sitting next to Venus Williams, her sister Isha,” he said, elated. “Richard Williams is a dreamer like no one you’ve ever known. He has a power of belief that borders on insanity and sometimes tips over the border, which is absolutely necessary to take something from impossible to possible.”

He also had a special thanks for the Williams family for giving their stamp of approval in telling their family’s inspirational story.

“Venus, Serena, the Williams family — you entrusted me and our group with
your story. You didn’t agree to put your name on it until you saw the final project,” he said. “I agree. That’s — I get that. I get that. You know, it’s cool. That’s real because we be messing stuff up sometimes.”

Smith was visibly emotional as he continued giving thanks to the Williams family for their blessing to his opus.

“When I got the call and you watched the movie and you said you loved
it – I just want to say thank you very much. It was my deepest pleasure to honor your family and to tell your story to the world.”

Speaking with ESSENCE backstage immediately after his win, Smith opened up about his mid-career renaissance – one which, if this SAG win is any indication, may quite possibly lead to his first-ever Academy Award win. Between his best-selling memoir, the overwhelmingly positive fan response to his production company’s Fresh Prince reboot series, Bel-Air, and critical acclaim for his portrayal of Richard Williams, Smith is on a whirlwind rise.

“It is a beautiful time in my life,” Smith told us of his career resurgence. “The combination of working on King Richard and the work I had to do as an actor, I was doing it while I was working on the book. So I was mining my childhood. I was really trying to understand my relationship with my father, as I was trying to understand Richard Williams and then my parenting with my kids.”

That introspection led to arguably the most pivotal performance of his life. Through examination of self and understanding of what fatherhood means from

“It’s been a time of deep personal reflection and it is resulting in an artistic comprehension and a growth as a man, growth as an artist, that I’ve never had this kind of growth spurt in my life.”