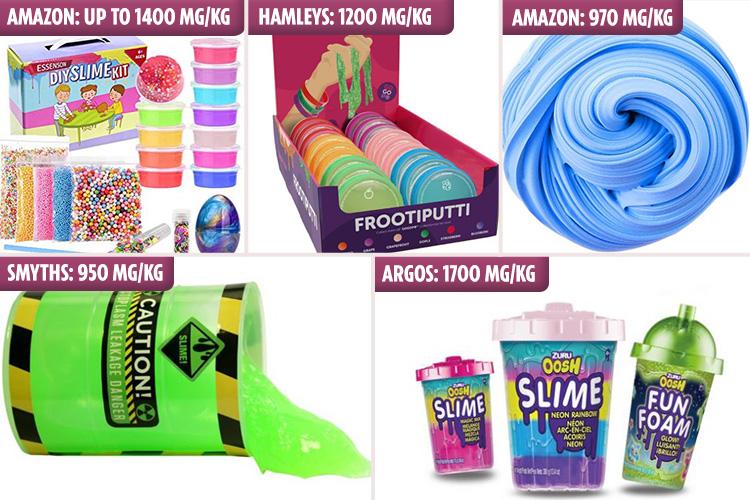 Slime will be on many children's Christmas presents this year as it's one of the hottest trends for 2018, with millions of videos on Youtube and Instagram featuring the gooey toys.

But six out of 13 sold at major retailers contained up to four and a half times the legal limit of boron for slime toys when they were tested in a new investigation by Which? magazine.

Hamleys, Amazon and eBay have stopped selling products which failed the test as a result of the investigation.

It comes after a similar study in the summer first highlighted the unsafe levels of boron in these popular toys. 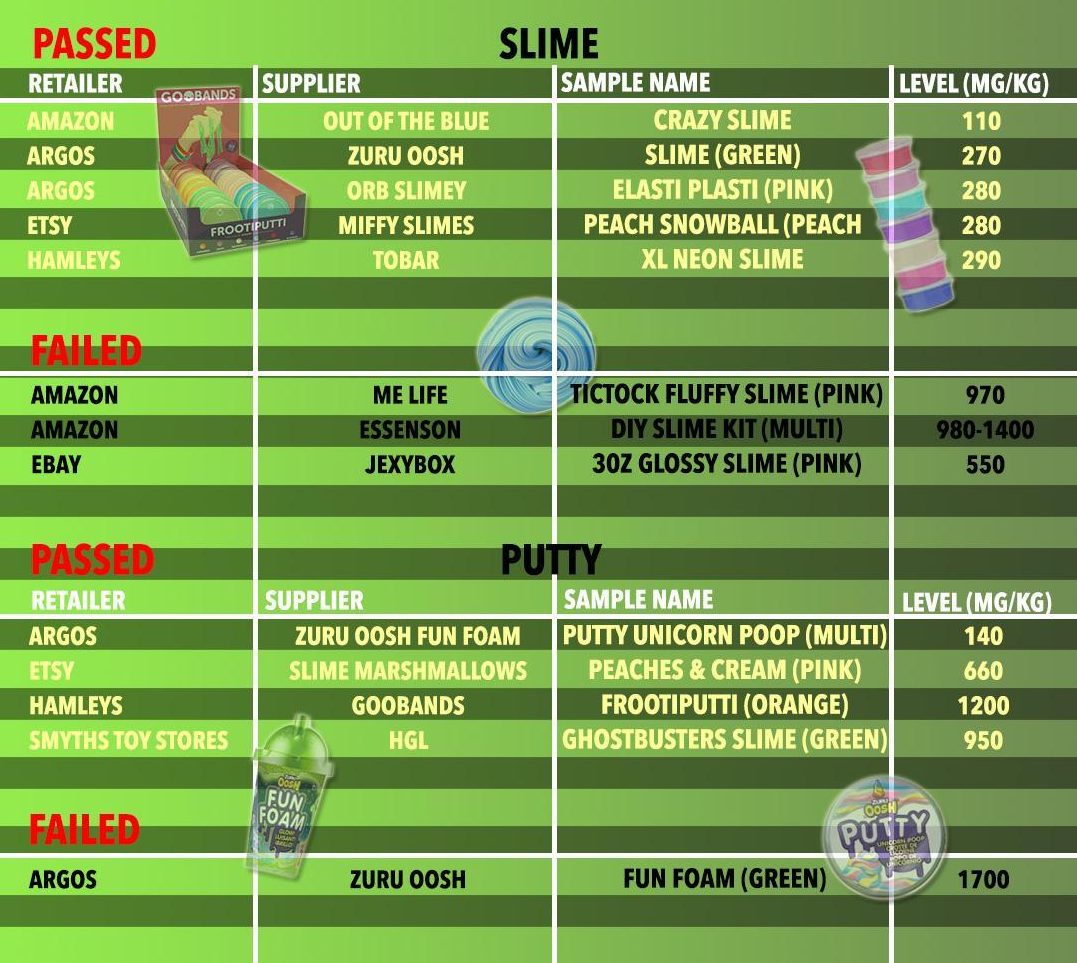 Boron is found in borax, a common ingredient in slime which creates its stickiness.

Exposure to high levels of the ingredient can cause nasty health problems, including diarrhoea, vomiting and cramps.

In the long-term, exposure to very high levels of the chemical can cause harm to an unborn baby and infertility, according to the European Commission.

There is no suggestion that any of these products will cause nasty health side effects. 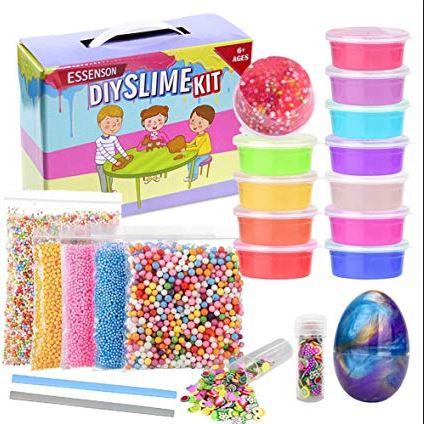 Five toys tested, including ones bought at Hamleys and Smyths, failed the EU safety standard limit for boron in slime toys.

Another toy from Argos, which is classified as a putty, also contained more boron that it should.

Argos said it hadn't received any complaints about its Fun Foam putty but it's working with its supplier, Zuru, while they look into the claims.

A DIY Slime Kit, made by Essenson and sold on Amazon, contained a purple slime that had four and half times the legal level of boron, according to the research.

Amazon has removed the product, as it said its marketplace sellers have to follow its selling guidelines, which state that products must be safe for use.

Frootiputti, which is made by Goobands and was on sale in Hamley's, had four times the limit for slime toys, while HGL’s Ghostbusters slime, on sale at Smyths, had more than three times the limit.

But both of these manufacturers disagreed with Which?'s categorisation of the toys as slime.

They did their own investigations which confirmed the toys are putty, and said that Which? has supported their findings.

Putty is moldable and keeps its shape, whereas slime is more slippery. Putty contains more borax, which contains the chemical boron. 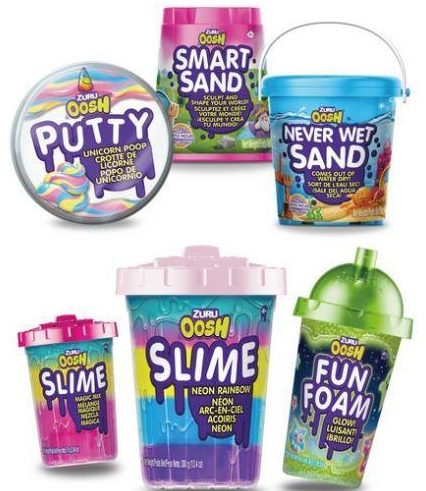 Which? chose the most common and popular slimes available at major children’s toy retailers to test, as well as those recommended on Youtube and Instagram.

The investigation also found that manufacturers can declare their products as safe despite containing high levels of boron by putting a 'CE' mark on their toys.

Which? is calling for better safety regulation and for an independent body to certify safety checks for toys.

If you have bought one of the toys tested in the investigation, you may be able to return it to the store you bought it from and receive a full refund if it's within 28 days of your purchase.

A spokesman for eBay said: "The safety of our customers is our number one priority and our listings policy is designed to protect customers first and foremost.

Jexybox, which sold the slime on the auction website, added that it has removed the toy which did not meet the safety limit from sale.

A spokesman for Hamleys, which has removed its slime toy from sale, added: "Ensuring the safety and trust of our customers is one of our core values as a business and we will never compromise on the safety of our products."

A spokesman for Smyths said: "Children’s safety is our first priority."

They added that the Ghostbusters slime is "within safety limits".