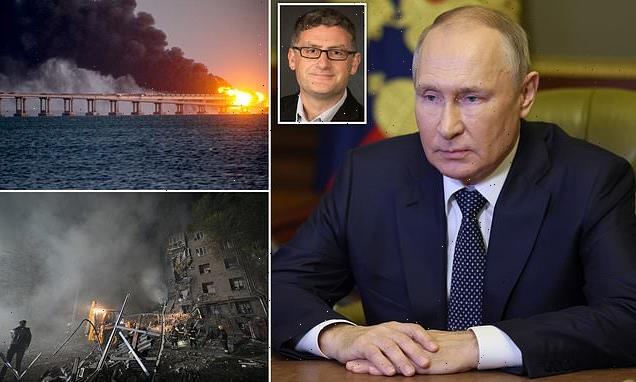 The horrifying attacks on Ukraine yesterday – which Vladimir Putin claims were ‘retaliation’ for Ukraine’s successful attack on the Kerch bridge – are a sign that the Russian president is, if not yet desperate, getting nearer to it.

They represent a highly significant psychological shift for the beleaguered leader. He is no longer trying to win the war: now he is simply trying not to visibly lose it.

Previously he could have defined victory however he wanted. But by annexing Ukrainian regions, he has upped the already high stakes. If he cedes so-called ‘Russian’ territory, he will become the Tsar who gave away Russian land instead of the strongman who restored the empire.

And by ordering partial mobilisation on September 21 he ensured the war now touches every Russian family. Putin has made the catastrophic mistake of calling his own bluff. 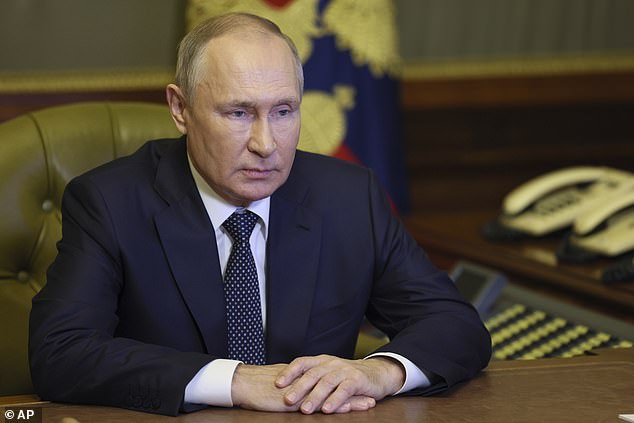 Previously he could have defined victory however he wanted. But by annexing Ukrainian regions, Putin has upped the already high stakes

He realises he is fighting for his political life and, as we have seen before, he is ready to sacrifice countless lives at the altar of his own ambition. In 2000 he let 118 men die on the stricken Kursk submarine rather than accept help from the West to rescue them.

Now he is prepared to accept appallingly high casualties among the ill-trained conscripts he has sent to Ukraine.

The Russian army has been revealed as shoddy, incompetent and ill equipped. Money that should have been spent on maintenance was siphoned off. Meanwhile the Ukrainian army, equipped with 21st century weaponry by the West, and highly skilled partly thanks to British training, has inspired awe with its indomitable spirit.

Battlefield failure reflects badly on Putin personally because he has built himself up as a warrior president despite having no military experience. Some years ago, I met a group of Russian officers who, after alcohol had lubricated tongues, were scathing about Putin’s military pretensions. ‘I wouldn’t want a virgin telling me what to do on my wedding night,’ one said. 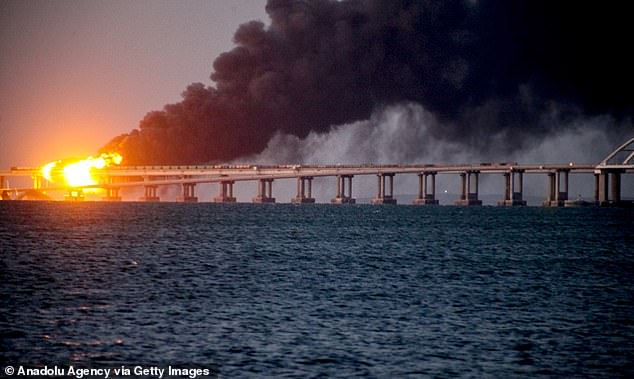 eanwhile the Ukrainian army, equipped with 21st century weaponry by the West, and highly skilled partly thanks to British training, has inspired awe with its indomitable spirit

These sentiments are becoming more widespread in Russia. Putin is coming under increasing flak from nationalists demanding stronger measures in Ukraine. He is still a rational actor, for now. But anger, self-preservation, and political pressure could alter this.

There are nightmare scenarios that he has so far kept locked away. Now, cornered like the rat he once famously chased as a boy in a St Petersburg basement, he is unlocking them. The missile strikes yesterday were calculated to sow terror – Putin knows the only way he’s going to win is if he breaks Ukrainian resistance, or the West’s will to continue supporting Kyiv. We must brace ourselves for attacks nearer home.

He could unleash his cyber warfare trolls to disrupt the banking system for example. There could be more economic mischief making, interrupting global food and energy supplies. I believe that blowing up the Nordstream gas pipe was a warning: ‘Look what I can do.’ Undersea internet cables are among other likely targets. And we will see more attempts to disrupt politics, such as the forthcoming American mid-term elections. Putin hasn’t yet attacked supply lines bringing weapons into Ukraine for fear of Nato retaliation. 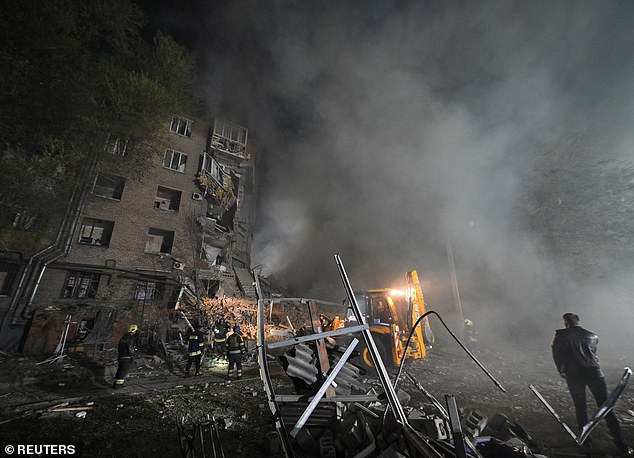 Now, cornered like the rat he once famously chased as a boy in a St Petersburg basement, he is unlocking them

But there may be more covert operations in Europe – as when Russian agents blew up an arms depot near Prague in 2014.

I believe that his nuclear threats are largely bluster. But if Ukrainians mount future attacks on Crimea, Putin could feel that he has nothing to lose, as losing the peninsula would finish him.

As a KGB officer in East Germany in 1989 when the Berlin Wall fell, Putin brandished a pistol at crowds surging into KGB headquarters, successfully bluffing that there were more armed troops inside. Now, he is running out of bluffs, and options.

And that is worrying for us all.

Mark Galeotti is honorary professor at the University College London School of Slavonic and East European Studies and the author of 24 books on Russia, including a biography of Vladimir Putin.