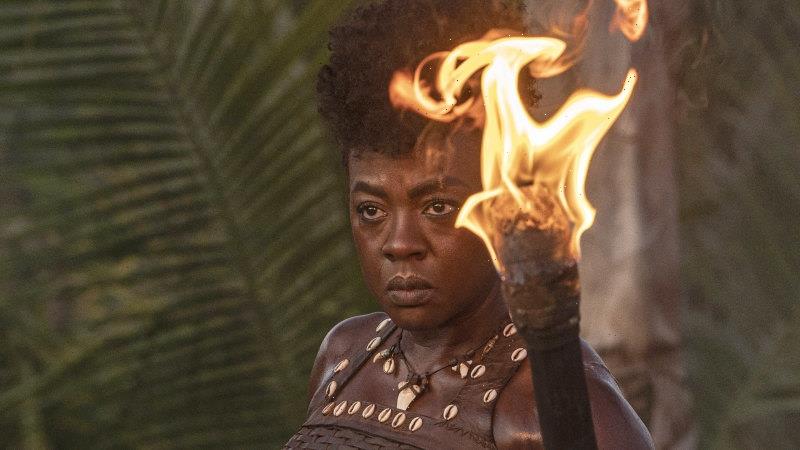 Blockbuster is a word that lost its punch years ago. These days, blockbusters are no more than workhorses. Their budgets make them expensive to feed and thanks to the curse of the sequel and the prequel, they’re coming from an increasingly limited gene pool. Nonetheless, the most inventive can still generate big box-office returns, so they’re helping to keep cinemas alive. 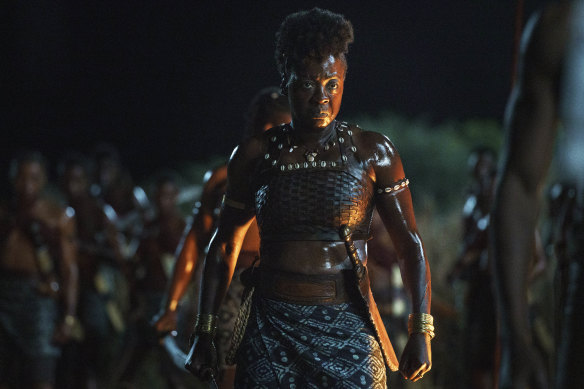 Viola Davis endured a punishing regime in preparation for her role in The Woman King.Credit:Sony Films

The Woman King is better than that. It was the success of Black Panther which enabled it to be produced by showing that a big movie with a black cast could be a winner. The bar, however, has now been raised to new heights, for the cast of The Woman King is not only predominantly black but predominantly female. Made for a relatively modest $US50 million, the film also looks like doing very well.

Viola Davis, at her most fierce, plays the general of the Agojie, an army of women warriors who fought for the West African kingdom of Dahomey – now Benin – between the late 1600s and the end of the 19th century.

In the film’s opening scene, they come storming onto the screen to demolish a village belonging to a tribe collaborating with their detested enemy, the Oyo Empire (modern-day Nigeria). After freeing the Oyo’s captives, they take a few of their own before marching in triumph back to the palace of their young king, Ghezo (John Boyega). Their countrymen line up to welcome them but there’s an added frisson in the decree forbidding these mere mortals to meet their gaze.

Much of this is rooted in fact, including the splendour of the costumes which are made to match surviving drawings and engravings. The film’s production designers have also enjoyed themselves enormously with the decor of Dahomey’s mudbrick royal palace, home to Ghezo, his harem of ambitious wives and the Agojie, who have their own pool for soaking away their aches and pains. 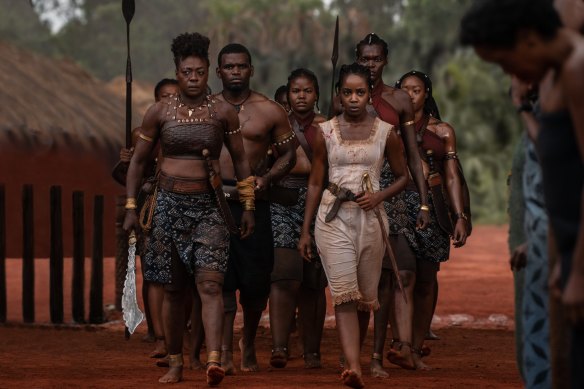 The Woman King was filmed in Africa.Credit:Sony Pictures

It’s clear from the outset that this Amazonian sisterhood regard femaleness and femininity as entirely separate entities. There’s a lot of swagger on view and nobody does it better than Davis – especially when wearing her battle dress. It comes with a breastplate adorned with cowrie shells, together with her indispensable accessory – an embossed machete sharp enough to take a man’s head off.

The dialogue is generic – the formal kind constructed to suit all periods – but the actors give it all the authenticity it needs, clearly delighted by the ebullience of their characters. We soon sort them out.

Our guide to their life and customs is Nawi, played by South Africa’s Thuso Mbedu, recently seen in the miniseries The Underground Railroad. Nawi’s exasperated father has thrown her out because of her refusal to submit to an arranged marriage and when she winds up as an Agojie trainee, you don’t need much foresight to realise that her outspokenness is going to make a lasting impression. Her first ally is Izogie (Lashana Lynch), the Agojie version of a drill sergeant, except that she’s blessed with a sense of fun. She helps Nawi through the gruelling training sessions and after a while, even crusty Nanisca begins to warm to her new recruit. 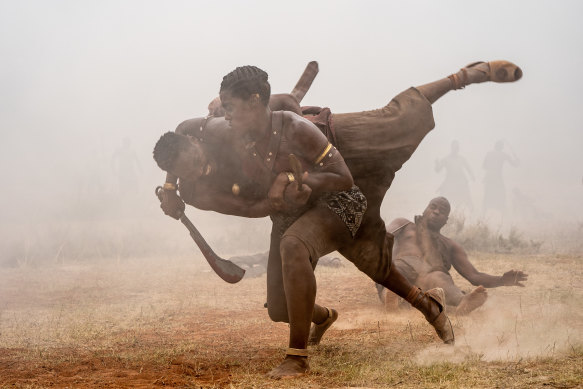 A scene from The Woman King.Credit:Sony Films

Otherwise, the plot is pure Hollywood. Disgusted by Dahomey’s long-established practice of selling their prisoners to the European and American slavers, Nanisca tries to talk the King into more peaceful pursuits, such as growing palm oil. This pitches her troops into more bloody skirmishes with the Oyo, the slavers’ agents, leading to a lot of ferocious swashbuckling and some great escapes, but more important, you grow to care about these women.

In fact, I was having such a good time that I feel churlish in voicing the criticisms that have been raised about the script’s crucial departures from history. It seems that the Agojie made no objections to Dahomey’s practice of selling slaves. Instead, they kept slaves of their own. Nor did their king have a particularly enlightened view of sexual equality. It’s more likely that he expanded his female battle units because of a lack of manpower. So it’s best to concentrate on what the film looks like doing for sexual and racial equality on the screen.

The Woman King opens in cinemas on October 27.