Laws that give the Commonwealth powers to cancel deals such as Victoria's Belt and Road agreement with China passed Federal Parliament on Tuesday afternoon, paving the way for the controversial deal to be scrapped within months.

Amid rising tensions between Australia and China, the foreign minister will now have the power to cancel or proactively block agreements entered into by states, territories, local governments and public universities with foreign governments if they are deemed to compromise Australia's foreign interests. 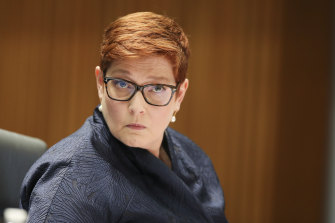 Foreign Minister Marise Payne will be able to terminate deals between states and foreign governments.Credit:Alex Ellinghausen

Parts of the legislation were held up last week after Labor backed an amendment that would have allowed for judicial oversight but the Coalition government defeated it in the House of Representatives and sent it back to the Senate. The bill passed on Tuesday with crossbench senator Jacqui Lambie switching her vote.

Foreign Minister Marise Payne said states and territories play an important role in advancing Australia’s interests globally but the legislation was needed to "appropriately manage and protect Australia’s foreign relations and the consistency of our nation’s foreign policy".

"This legislation will ensure stronger connection between the Commonwealth and States and Territories on matters of foreign policy and foreign relations," she said.

The foreign minister will report annually to Parliament on decisions made under the laws. 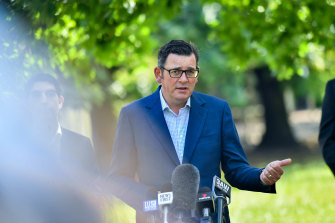 Trade Minister Simon Birmingham said on Tuesday that Victoria will have at least three months to explain to the federal government why its Belt and Road agreement is in Australia's national interest under the terms of the new legislation.

Victorian Treasurer Tim Pallas indicated his government would do so but acknowledged it was possible the memorandum of understanding with China – signed in 2018 and reaffirmed last year – could be cancelled within months.

"Anything that advances and promotes free and fair trade between nations, an understanding of those nations’ respective positions, is important," Mr Pallas said.

"Whether or not the Australian government considers that consistent with their views is now a choice that they've empowered themselves to make. And of course we will wait to see and respect what that decision is." 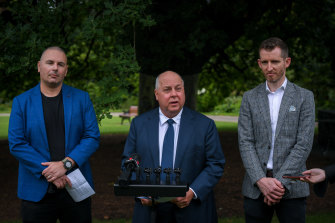 "We do not support restrictions on trade, we do not support the actions that China has recently taken. But we definitely want to get back to a position where we can work co-operatively between our nations."

He said Victoria was willing and ready to help mediate Australia's relationship with China, though there had been little discussion to that effect so far.

"Look, that's up to them [federal government]. Whether they think we've got anything to add is ultimately a choice that they will have to make. What we say is we're happy to help if they see a role for us."

Penny Wong, federal Labor's foreign affairs spokeswoman, said on Sunday that she wanted sensible discussion between the federal and Victorian governments over the Belt and Road deal but stopped short of saying the agreement should be terminated.

Victorian Opposition Leader Michael O'Brien attempted to apply pressure on Mr Andrews over China in question time on Tuesday, asking him about criticism from foreign analysts in the Herald Sun on the weekend that called Victoria's stance on China "naive" and "dated".

Mr Andrews said there were "many different views" and accused Mr O'Brien of having politics as his "only motivation".

Australia’s relations with China hit a new low last week after a government official tweeted a fabricated photo showing an Australian soldier with a knife to the throat of an Afghan child prompting an angry response from Mr Morrison.

After speaking with Senator Payne on Monday, Britain's Foreign Secretary Dominic Raab said on Twitter that his country stood with Australia to “protect our shared interests & values”.

Mr Raab said and he “expressed the UK’s concerns over China’s aggressive actions towards Australia”.

“We also discussed shared ambition on climate, the Commonwealth & media freedom,” he said.