Victoria Beckham has become the latest designer to ban exotic animal skins from her collections.

The British fashion maven, 44, confirmed this week she would be following in the footsteps of Chanel by cutting exotic pelts from her eponymous fashion line from Fall 2019 onward in a bid to ‘reflect the wishes’ of her customers.

Despite never using fur in its designs, Beckham’s luxury label currently sells python shoes on its website, and has previously touted snakeskin bags.

Animal rights campaigners told MailOnline her decision would save the lives of ‘countless crocodiles, lizards, snakes and other reptiles who suffer for the fashion industry’. 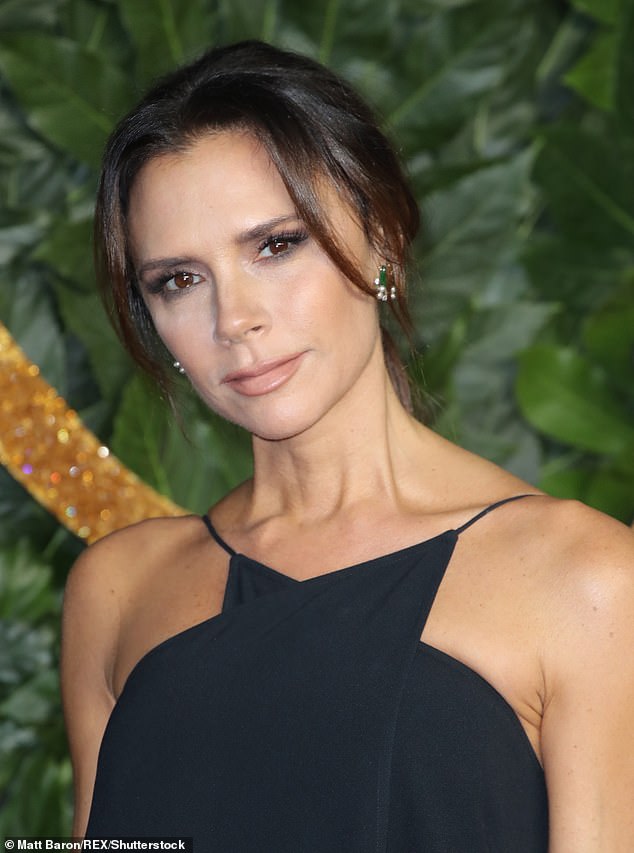 Victoria Beckham, pictured at the British Fashion Awards in London, December 2018, has become the latest designer to ban exotic animal skins from her collections 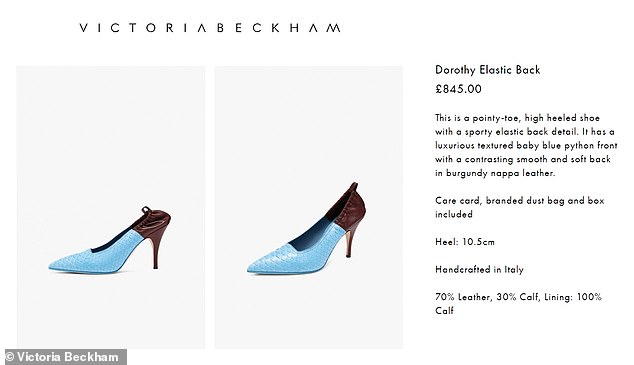 A pair of £845 python heels currently available on Victoria Beckham’s website. The designer has announced she will no longer sell products made from exotic animal skins

A spokesperson for Victoria Beckham told WWD: ‘As a business, we have been looking to action the use of more ethically sourced products that have less environmental impact for some time.

‘We are happy to confirm that we will cease using exotic skins in all future collections as of our main fall 2019 ready-to-wear presentation.

‘This decision reflects the wishes of not only the brand, but also that of our customers.’

Responding to the move, HSI UK Executive Director Claire Bass told MailOnline: ‘Victoria Beckham’s decision to drop exotic skins from her collections will save the lives of countless crocodiles, lizards, snakes and other reptiles who suffer for the fashion industry.

‘These animals are typically intensively farmed in atrocious conditions, and brutally killed including being beaten and skinned alive, all for a handbag or belt. 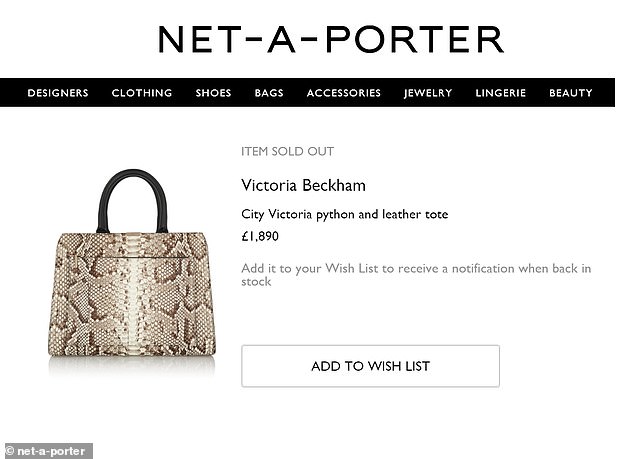 A python and leather tote designed by Victoria Beckham, now sold out on Net-A-Porter. Python is believed to be among the animals that will now be banned from her collections

‘Victoria’s designs are already fur-free in acknowledgement of the inherent cruelty of that trade, and now adding exotic skins to the list of murderous materials she refuses to use, she is really sending out a boldly compassionate message to her peers.

‘The growth in fabulous luxury and eco-friendly fibres that don’t involve harming animals is rapidly driving forward an exciting new era of ethical fashion, and designers like Victoria Beckham who take cruelty off the catwalk are blazing a trail.’

In December, Chanel announced it would no longer use exotic animal pelts in its collections, making it one of the first major luxury labels to turn its back on crocodile and lizard skin.

Chanel’s new policy will also see the French label ban fur from animals such as raccoon dog, mink and rabbit. 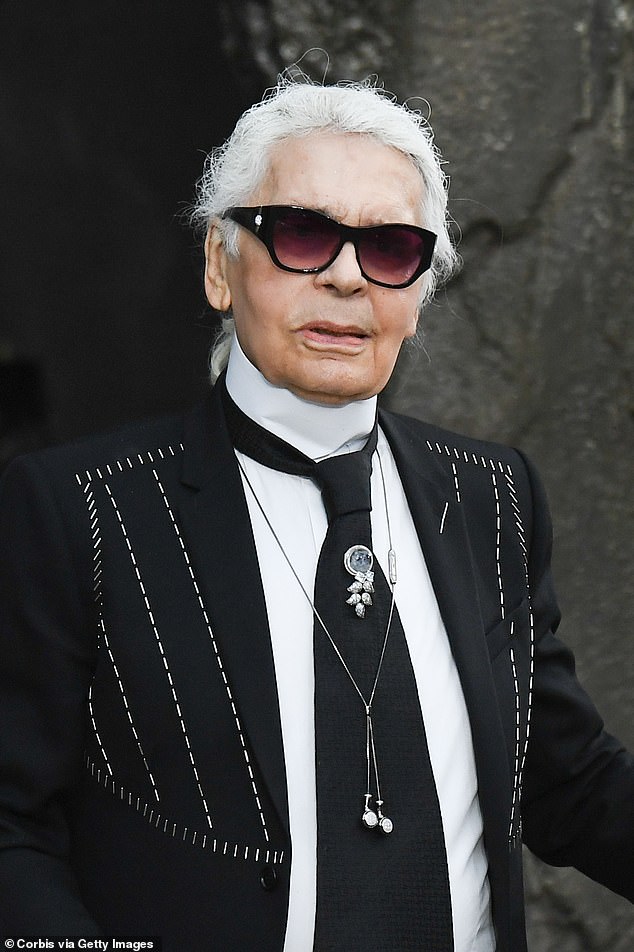 Karl Lagerfeld, Chanel’s longtime creative director (pictured in Paris in October 2017) said that he used fur so rarely at Chanel that he couldn’t remember when it last featured on the catwalk 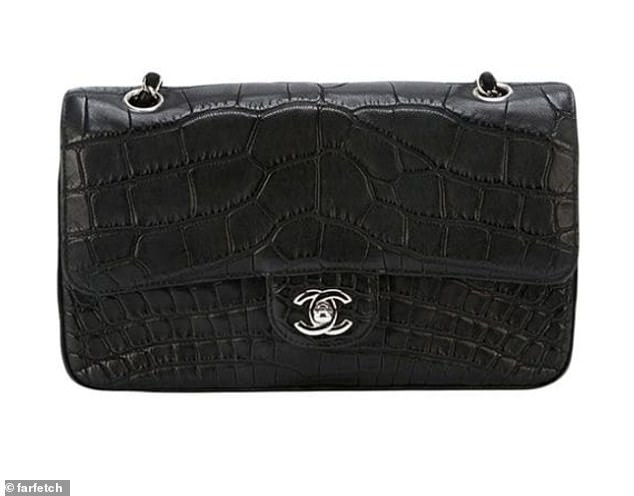 This vintage Chanel 2.55 shoulder bag is cut from crocodile skin, now banned in the label’s collections, and was listed for an eye-watering £22,000 on FarFetch

Handbags, coats and shoes made from snake, crocodile and stingray skin command premium prices, with vintage Chanel handbags made from pelts selling for upwards of £20,000 online.

Vivienne Westwood and Diane von Furstenberg are among the labels that have banned exotic animal pelts from its collections.

Although top fashion brands have been under heavy pressure to renounce fur – with Gucci, Armani, Versace and John Galliano all deciding to go fur free – Chanel’s decision to stop using exotic skins was an unprecedented move.

Historically, campaigns against the use of crocodile and snake skin products have not attracted the same attention as similar crusades against fur, with some luxury brands even investing in reptile farms so they can guarantee that skins are sourced ethically.