Check out what’s clicking on FoxBusiness.com.

The announcement comes two months after United removed all 52 Boeing 777-200 plans powered by Pratt & Whitney PW4000 engines from its flight schedule due to a catastrophic engine failure in one of its planes earlier this year.

"We look forward to getting that aircraft back to safe operations in the future," United Chief Operations Officer Jon Roitman said in an earnings call with investors Tuesday.

In February, federal regulators ordered the airline to step up inspections of all Boeing 777s equipped with the Pratt & Whitney PW4000 engines after United Airlines Flight 328 was forced to make an emergency landing at Denver International Airport shortly after takeoff. 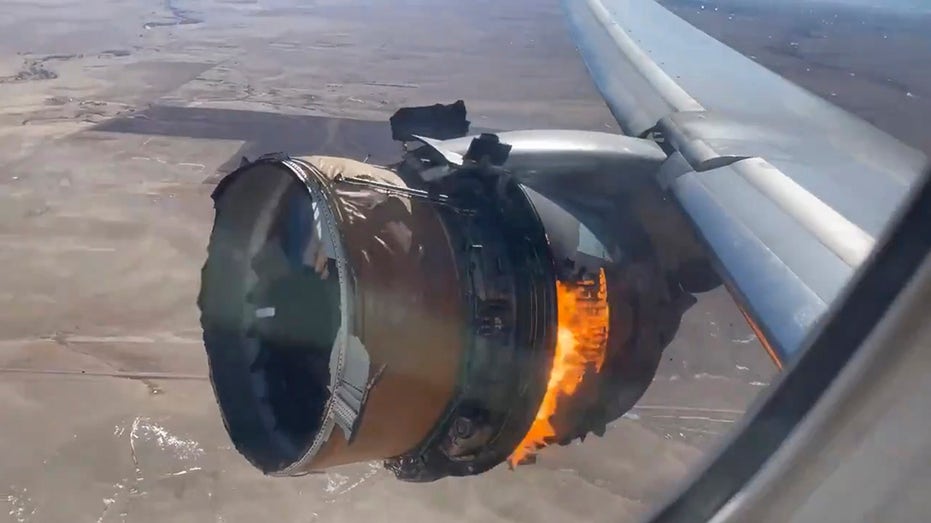 Engine of United Airlines Flight 328 is on fire after experiencing “a right-engine failure” shortly after takeoff from Denver International Airport, Saturday, Feb. 20, 2021, in Denver, Colo. (Chad Schnell via AP)

The plane's engine blew apart after departure, causing pieces of the casing to rain down on suburban neighborhoods. Video posted on Twitter showed the engine fully engulfed in flames as the plane flew through the air.

The plane with 231 passengers and 10 crew on board landed safely, and nobody aboard or on the ground was reported hurt, authorities said.

At the time, United promised to work closely with the FAA and the NTSB "to determine any additional steps that are needed to ensure these aircraft meet our rigorous safety standards and can return to service."

Since then, Roitman said that the carrier has had "really productive collaboration with Pratt Boeing and the FAA."

United is the only U.S. airline with the Pratt & Whitney PW4000 in its fleet, according to the FAA.