In the biggest crackdown on the $1.4 billion cosmetic surgery industry, Health Minister Mark Butler and his state counterparts have agreed to sweeping changes focusing on who can call themselves a cosmetic surgeon, limiting surgery to proper accredited facilities and introducing new hygiene and safety standards.

At a meeting on Friday, the ministers agreed to amend the law so that anyone conducting a cosmetic procedure must be properly qualified. 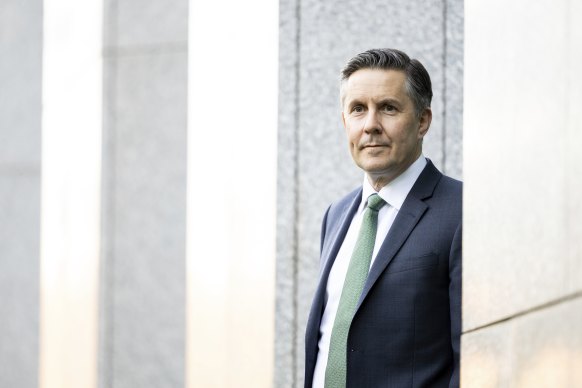 Under the current law, anyone with a basic medical degree can call themselves a cosmetic surgeon, even though they aren’t registered as specialist surgeons, who receive eight to 12 years of postgraduate surgical training.

In an exclusive interview with The Sydney Morning Herald and The Age, Butler said urgent action was needed to clean up the booming cosmetic surgery industry.

It follows a series of investigations into the sector over the past 10 months by the Herald, The Age, 60 Minutes and Four Corners which uncovered a litany of disturbing practices at the clinics of celebrity cosmetic surgeon Dr Daniel Lanzer. These included allegations of serious hygiene and safety breaches and botched patients in the country’s highest profile chain of clinics.

So-called cosmetic cowboys have been allowed to operate on unsuspecting patients for years, and until now, nothing has happened. 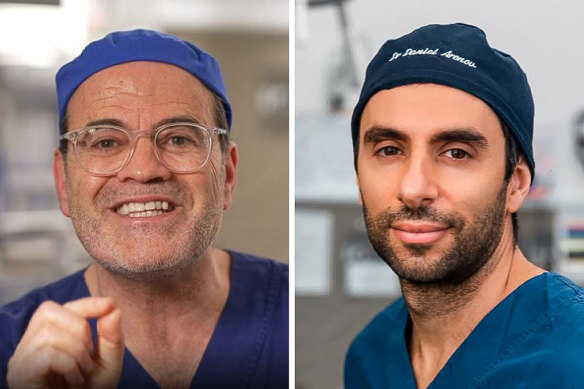 Dr Daniel Lanzer (left) and one of his staff, Dr Daniel Aronov.Credit:Stephen Kiprillis

Butler said work to implement the reforms would begin immediately.

“I’m really glad the health ministers unanimously agreed to take decisive action to clean up the cowboys in the industry,” he said.

“I have taken action to rein in the cosmetic cowboys. These cosmetic cowboys have been riding unchecked for years, and the previous government simply didn’t act to clean up an industry that has come to resemble the Wild West.”

Former health minister Greg Hunt established a review into the use of the term “cosmetic surgeon” in November 2021, following the first investigation by this masthead.

Since then, this masthead has received hundreds of emails and calls from patients of cosmetic surgeons sharing stories of septic shock, lacerated livers, disfigured faces and near-death experiences. There has been a class action launched by Maddens Lawyers into the Lanzer clinics which so far has attracted almost 700 patients. The law firm has opened an investigation into Cosmos Clinic and has received more than 120 registrations.

In an interview with this masthead and 60 Minutes last week, Butler said he was “appalled” by a video of TikTok star Doctor Daniel Aronov slicing a woman’s abdomen while she was awake outside an operating theatre, then holding up a giant flap of skin like a trophy.

On Thursday, the national health regulator released its first review into patient safety and acknowledged that a profit-driven culture in cosmetic surgery had led to dangerous practices. The review, commissioned by the Australian Health Practitioner Regulation Agency, came weeks after the first investigation into cosmetic surgery by this masthead.

Butler and state health ministers agreed to adopt all 16 recommendations from the review and said they would fast-track a hotline for victims of botched cosmetic surgery from Monday.

The ministers also tasked the Australian Commission on Safety and Quality in Healthcare, which sets standards for accredited hospitals, to create specific safety and hygiene standards for cosmetic surgery practices and limit surgery to properly accredited facilities.

Until recently, AHPRA supported changes that would allow cosmetic surgeons to legally publish testimonials in advertising.

As part of the crackdown, the Medical Board of Australia will act to better credential cosmetic surgery providers by adding an area of practice to medical registrations, limit use of testimonials and social media and will report back to the ministers in two months.

“Australians deserve to have confidence in the safety and quality of the cosmetic surgery industry and these changes will provide that,” Butler said.

He thanked the brave women and men who had spoken up to expose the rogue doctors. “This has been crucial in finally bringing much-needed action,” he said.