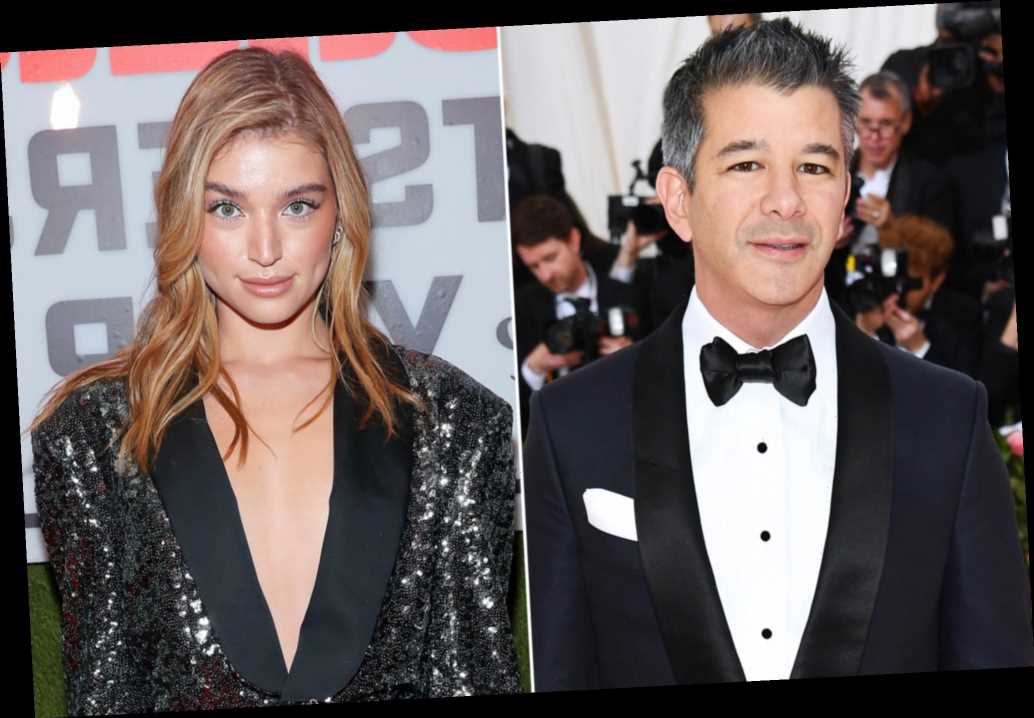 She’s the model who in 2015 gave the timeless quote to The Post, “I don’t eat for me: I eat for my butt,” before slapping her posterior.

A source said, “Travis has been dating Daniela since mid-January but they have been trying to keep it very quiet.”

A rep for Kalanick declined to comment to Page Six, as did Lopez’s spokesperson.

Lopez was discovered at an Orlando, Fla., Forever 21 at age 17, and become a viral hit when she was seen dancing on the runway at a Lolli swimwear show in Miami in 2014. She moved to New York and signed a contract with Victoria’s Secret Pink the following year.

She has appeared in the famed Sports Illustrated Swimsuit Edition and last year starred in a music video for Maluma and The Weeknd’s recording of “Hawái”.

She is the first woman Kalanick, who is said to be worth $2.6 billion, has been been linked to since splitting with his ex, violinist Gaby Holzwarth.

“As a woman struggling with my own insecurities and body image, the best thing for me was to leave that unhealthy world of impossible standards,” she said. (Holzwarth has also credited Kalanick with helping her recover from her eating disorders.)

Kalanick resigned from Uber in 2017, after controversy over the company’s reportedly unethical culture, including allegations that he ignored reports of sexual harassment at the company. In 2018 he launched a venture fund, 10100.

He has been more recently in the headlines for allegedly allowing maskless parties at his homes in New York and Los Angeles amid the pandemic.

A crowded, maskless bash filled with “rich people” flouting pandemic rules was thrown at Kalanick’s lavish Soho penthouse at the end of the summer, according to reports.

The party, which was ostensibly hosted by a friend of the ousted Uber CEO, was thrown in September 2020 and featured “lounge music” and lots of “red wine” — and looked straight off the set of Showtime’s hit drama “Billions,” The Cut reported. A rep for Talanick said he’d lent his apartment to a friend.

And in an August Vanity Fair story, Nick Bilton said he was asked about going to a celebration at Kalanick’s Los Angeles home, and while the fest was held outdoors and was “smaller” than previous parties, it was reportedly held during a major surge in coronavirus cases in Southern California.

At the time, large gatherings were only allowed with attendees who came from a single household, Business Insider reported.