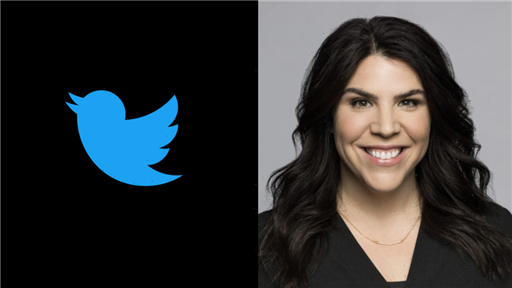 Amid Elon Musk’s head-spinning reign of chaos at Twitter, which most recently included his unilateral decision to reactivate Donald Trump’s account, another senior exec has packed up and left.

Sarah Rosen, who was head of U.S. content partnerships at Twitter leading all efforts with partners in the region across entertainment, news and sports, announced that she has quit the company.

“Took me a few days to come to terms with saying goodbye to 8.5 years at twitter,” Rosen posted Saturday evening. “My time here was the absolute privilege of my career & I’m forever grateful to my world class colleagues and partners that made it all possible. Hot damn we had it good at Twitter 1.0.”

Also exiting Twitter was Maggie McLean Suniewick, a former NBCUniversal exec who had just joined the company in June as VP of partnerships. “4 months @twitter has changed my life. No regrets. Just pride and respect for my team and for our partners,” she tweeted Friday. “We showed up for each other and we always did the right thing. Experiencing this culture built around inclusivity and humanity will power me for years to come.”

Lara Cohen, previously Twitter’s global VP of partners and marketing, announced her departure on Nov. 7. After Musk announced Saturday that he was unbanning Trump, Cohen tweeted, “I wish I could quit again tbh 🤷🏻‍♀️.”

After Musk axed 50% of the company’s 7,500 employees earlier this month, another 1,200-plus workers reportedly quit Thursday after the billionaire issued an ultimatum that staffers be committed to an “extremely hardcore” work environment.

The Twitter brain-drain and uncertainty about Musk’s plans to roll back its content-moderation policies have prompted many advertisers to pause spending. On Friday, CBS News disclosed that it was suspending activity on Twitter over the current chaotic situation. “In light of the uncertainty around Twitter and out of an abundance of caution, CBS News is pausing its activity on the social media site as it continues to monitor the platform,” national correspondent Jonathan Vigliotti said in a segment on the nightly newscast.

Last week, Yoel Roth, Twitter’s head of trust and safety, resigned. In a Nov. 18 op-ed in the New York Times, Roth explained that Musk’s unilateral decision-making as CEO of Twitter prompted his decision to quit.

“In appointing himself ‘chief twit,’ Mr. Musk has made clear that at the end of the day, he’ll be the one calling the shots,” Roth wrote. “It was for this reason that I chose to leave the company: A Twitter whose policies are defined by edict has little need for a trust and safety function dedicated to its principled development.”

The decimation of Twitter’s workforce and the departure of multiple high-level executives — along with their institutional knowledge of how it works — has raised fears that the platform could begin to fail. Musk has claimed that he had “no choice” in making the severe job cutbacks at Twitter (which he claimed was losing $4 million per day) and shrugged off Thursday’s mass resignations: “The best people are staying, so I’m not super worried,” he tweeted. Musk has frequently reveled in the attention that he and Twitter have drawn in the weeks since he took ownership. “Twitter is ALIVE,” he tweeted Saturday night.