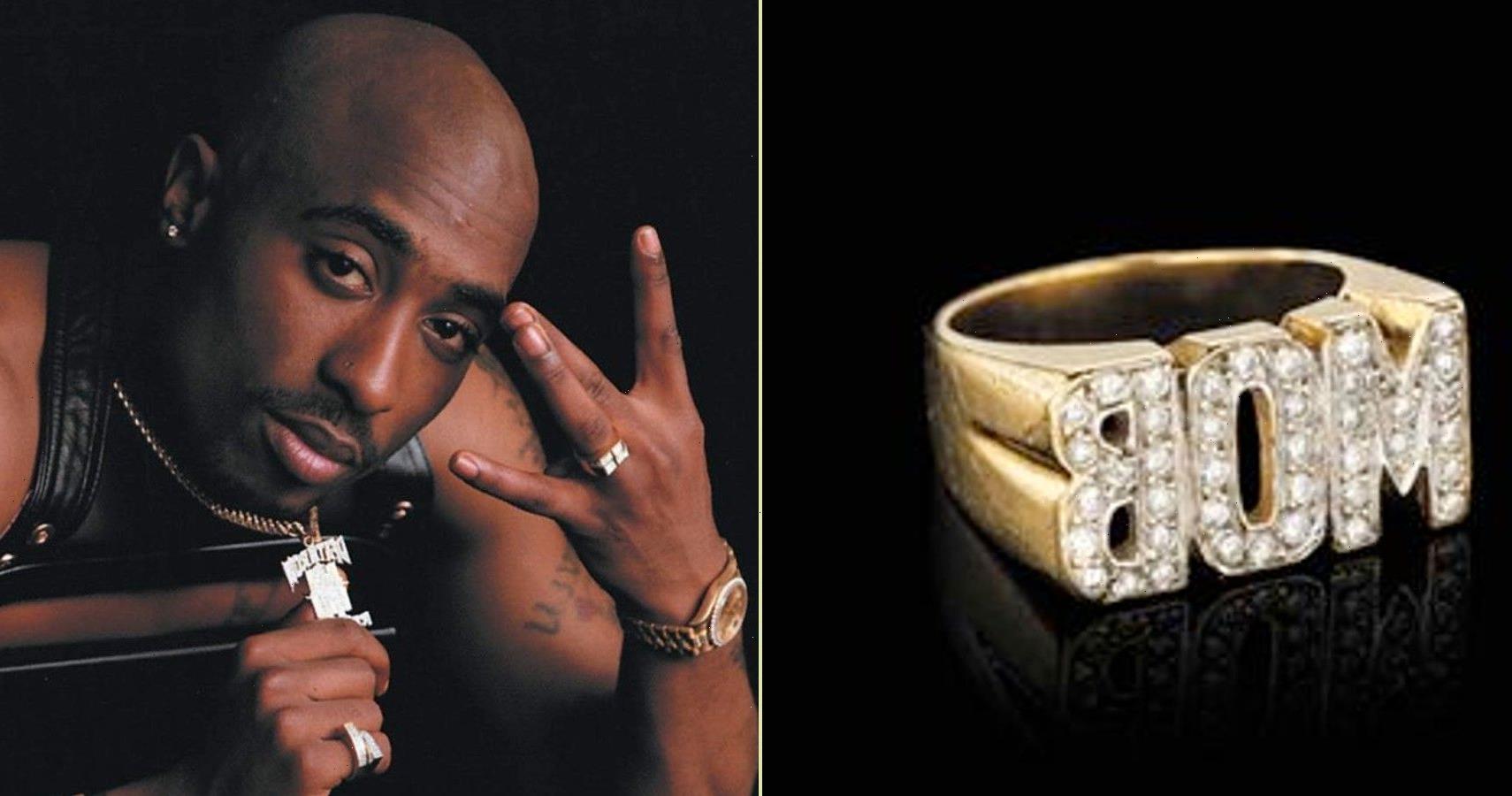 Tupac Shakur never realized he would ever be perceived as being a legend, but soon after his tragic murder, he became one of the most iconic and truly beloved artists of our time. His life, and death, were both riddled with controversy, and his affiliations with the street life were hard to deny. Even now, 25 years after his tragic passing, fans across the globe continue to flock to all things connected to the artist and hold his memory near and dear as a sacred testament of authentic gangsta rap. Those very fans now stand a chance to own one of Tupac Shakur’s most prized possessions – his ‘M.O.B.’ ring. Sources indicate that anyone with $95,000 worth of disposable income stands a chance at this exclusive ownership.

RELATED: The King’s Crown: Elvis Presley’s Gold Dental Crown Is Up For Auction

Tupac Shakur’s gang-ties were flaunted in front of the cameras, and he made no qualms about the fact that he was tied to the street life. Much like other artists that were prevalent in the early 90s, Tupac proudly wore a variety of oversized jewelry items, some of which clearly told the tale of his personal connections.

‘M.O.B.’ broke down to mean ‘Member Of Blood’ and was sometimes ‘talked down’ as meaning “Money Over B–ches,” but all of Tupac’s fans were well aware of the ring’s shady origins. It was viewed as being an essential statement piece for those belonging to Death Row Records, and Tupac often wore his ring on his Pink Finger.  Suge Knight also wore the ‘M.O.B.’ tag, as did Snoop Dogg, in spite of having ties to the Crips.

The ‘M.O.B.’ ring was one of the most easily identified pieces of jewelry that Tupac Shakur regularly wore, and now, it’s up for grabs.

At one point, prior to his death, Tupac gifted the ring to the girl he was dating at the time, and at some point, she parted ways with it by selling it to a private collector.

Now, the ring is in the hands of Moments In Time, an agency that handles rare collector’s items. Tupac Shakur’s fans are now able to own a piece of history, provided that they have a $95,000 budget to shop with.

The ring’s price is being listed as a firm and is not being bid on by way of auction. The set – price is the asking price, and the world is tuning in to see which lucky fan is about to add this exclusive item to their personal collection.

READ NEXT: Once Worth $25 Million, Marilyn Manson Is On The Verge Of Going Broke