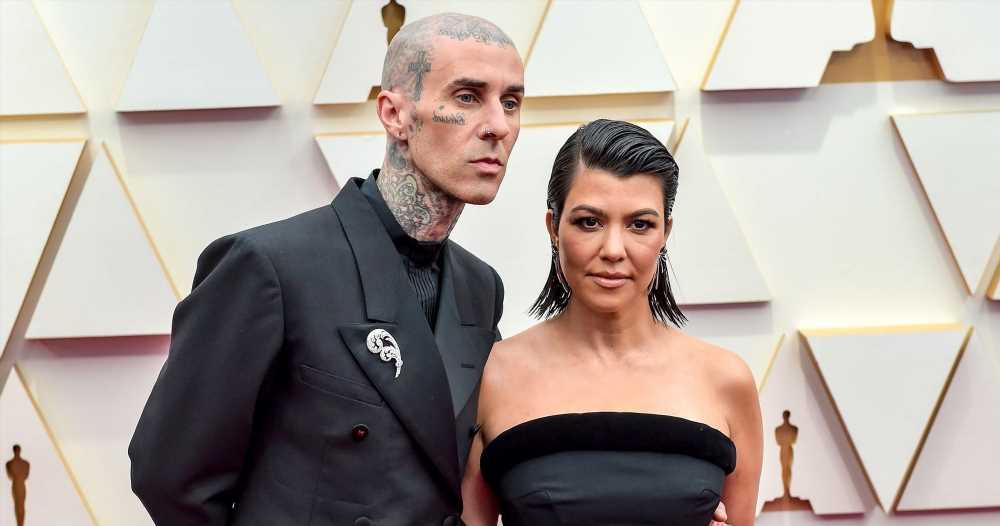 Travis Barker and Kourtney Kardashian are both breaking their silence on the Blink-182 drummer’s hospitalization.

Everything to Know About Travis Barker’s Hospitalization After Health Scare

“I went in for an endoscopy Monday feeling great,” Barker, 46, said in a statement on Saturday, July 2, via Instagram Story. “But, after dinner, I developed excruciating pain and have been hospitalized ever since. During the endoscopy, I had a very small polyp removed right in a very sensitive area, usually handled by specialists, which unfortunately damaged a critical pancreatic drainage tube. This resulted in severe, life-threatening pancreatitis.”

The DTA Records founder concluded, “I am so very, very grateful that with intensive treatment I am currently much better.”

Moments later, Kardashian, 43, shared her own statement via Instagram Story. “Oh what a scary and emotional week it has been. Our health is everything and sometimes we take for granted how quickly it can change,” she wrote on Saturday. “Travis and I went in for a routing endoscopy together and he ended up with severe, life-threatening pancreatitis.”

Kardashian concluded by thanking his medical team “for taking such wonderful care of my husband and me during our stay.”

Celebrities Share Their Support for Travis Barker Amid Hospitalization

Barker was rushed to Cedars-Sinai Medical Center in Los Angeles on Tuesday, June 28. The musician and his wife, Kourtney Kardashian, initially went to West Hills hospital earlier in the day to treat his pancreatitis but were urged to seek a higher level of care — which was when the “What’s My Age Again” singer was brought to Cedars-Sinai via ambulance. Kardashian followed right behind him.

While Barker’s condition was not initially revealed, he shared a cryptic post via Twitter hours prior to his hospitalization. “God save me,” he wrote at the time. His 16-year-old daughter Alabama also appeared to comment on the situation via her own Instagram Story.

“Please send your prayers,” she wrote on Tuesday.

Before his harrowing medical issue, Barker — who shares Alabama, 18-year-old son Landon, and 23-year-old stepdaughter Atiana with ex-wife Shanna Moakler — had been enjoying a summer of love and relaxation. He and Kardashian tied the knot in not one, but three ceremonies, capping off the romantic celebrations with a lavish bash in Italy in June. The Barker and Kardashian families shared photos of the ornate event all over social media.

The couple, who got engaged in October 2021 after less than a year of dating but after decades of friendship, have also watched their romance — and their ever-present PDA — play out on the debut season of The Kardashians. The reality series has documented every aspect of their romance, including the pair’s journey with IVF. (For her part, the Keeping Up With the Kardashians alum shares sons Mason, 12, and Reign, 7, and daughter Penelope, 9, with ex Scott Disick.)

Travis Barker’s Health Ups and Downs Through the Years

“The fertility journey, Travis and I, we stay in the moment and just do the steps that we need to do,” Kardashian revealed on the May 19 episode of the reality show. “It is nice to hear good news and have some positivity. We love that, but we just wait to hear the final words.”

The parents are close to their respective children, as well as each other’s children — which has been crucial for the blended family. In fact, the two first got to know each other thanks to their kids’ relationships with each other.

“They became friends living in the same neighborhood and hang out a lot,” a source exclusively told Us Weekly in January 2021 about Kravis’ romance. “Their kids’ friendship had Kourtney and Travis spending a lot of time together.”