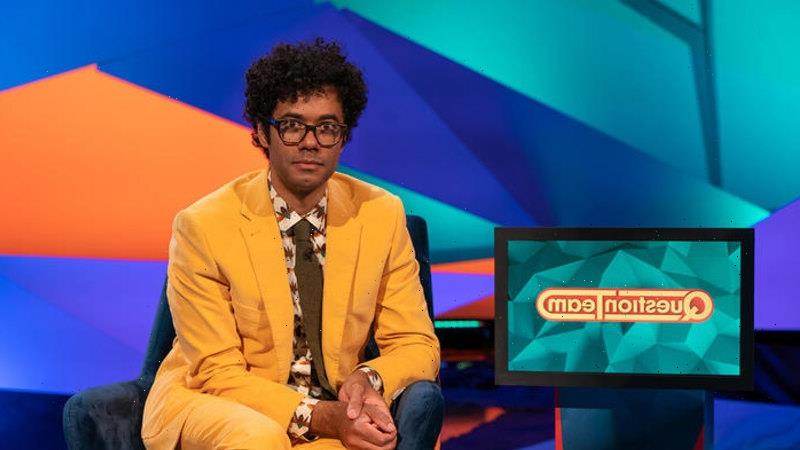 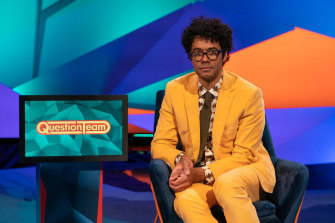 It seems likely that had Richard Ayoade not existed, we would have had to invent him. In a business in which almost every mildly eccentric performer who comes along is described as “one of a kind”, Ayoade stands as that rare thing: an artist who is genuinely not at all like anyone else. An exterior that somehow combines nerdiness and world-weary ennui, a self-deprecation that blends seamlessly with a general disappointment with the world for not living up to his standards, a sizzling intellect with a lightning wit and a worldview just a few degrees askew of reality: it’s difficult to sum Ayoade up except to say that he staunchly refuses to do anything expected, stereotypical or predictable. He is a brilliant comedic writer, an accomplished filmmaker and, though he frequently downplays his talents in this direction, a comic actor of hugely underrated gifts. But his other great talent, well illustrated in the modern era of British television, is that of panel show guest. Every time he appears on a panel, he takes conversations in unexpected directions and blows up the conventions of whatever form he’s participating in. To see him host a panel game, therefore, is a treat long thirsted after, and that treat has arrived in the form of Question Team, a “panel show with a difference”, with a difference. 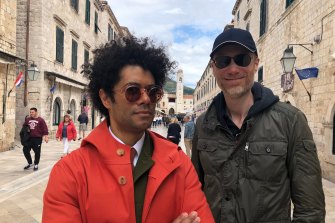 One would expect nothing less of Richard Ayoade than that when he hosts a panel show, it’s one that deconstructs the very nature of panel shows. Question Team is a quiz that asks its contestants to both answer and ask the questions. On each episode, three professionally funny people (and it must indeed be a thankless task to attempt to be funny when Richard Ayoade is sitting right there in the room) each must create their own quiz round. This could involve them simply firing off trivia queries, but the panellists tend to embrace the challenge of coming up with an idiosyncratic quiz format to make their own. You could see a memory test, a take on The Price Is Right, a treasure hunt or myriad other haphazard individual versions of a quiz. Each contestant must, of course, compete in their opponents’ rounds to achieve the highest scores, in the conventional manner. In the unconventional manner, host Ayoade himself also plays the game, but rather than devising his own quiz round each week he introduces a special guest to be his proxy question-asker. It seems that every element of Question Team is finely tuned to defy the usual construction of a game show, which would be enough to pique interest without the presence of the big-haired, big-spectacled emcee undermining his own role with almost every line.

As with any show that depends on multiple guests, Question Team can be a little uneven: some comics are funnier than others, and some take to the format like a duck to water while others have more difficulty spinning gold from the threads. In this episode the shining star is Johnny Vegas, another panel show legend whose foghorn voice and chaotic energy tends to make everything he’s on an exercise in creative destruction. But the format is strong enough to hold a viewer’s affections even through flatter bits, and the host is magnificent enough to make one keep coming back for more. What’s more, on this show Ayoade smiles and laughs probably more than he has on any other, and the sight of the master showing his appreciation for the efforts of his colleagues is a rather heartwarming sight. But even when those colleagues are firing on all cylinders, there’s no doubt that Question Team’s chief attraction is its tweedily quicksilver ringmaster. One hopes it hits big, for the more Ayoade on our screens, the better.