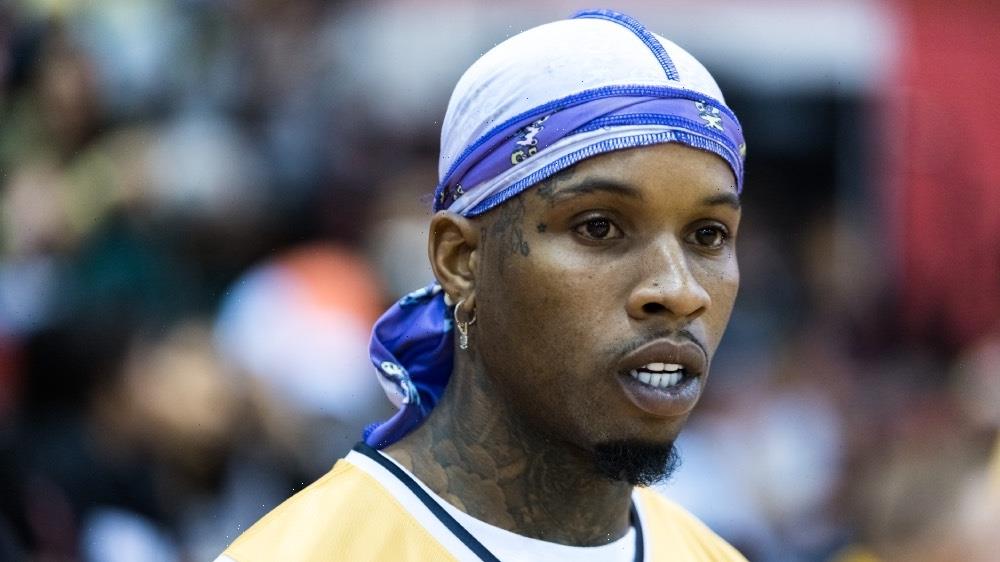 Rapper Tory Lanez was found guilty in the trial over the 2020 roadside shooting of Megan Thee Stallion, a jury announced Friday.

Lanez, whose legal name is Daystar Peterson, was found guilty of all three felony firearm counts over an incident in which fellow rapper Megan Thee Stallion, whose real name is Megan Pete, alleged he shot her in the feet after they left a Hollywood Hills party at Kylie Jenner’s home in 2020.

Prosecutors charged Peterson with one felony count each of assault with a semiautomatic firearm, negligent discharge of a firearm and carrying a loaded, unregistered firearm in a vehicle. The Canadian rapper pleaded not guilty in November 2020 and faces up to 22 years in prison along with subsequent deportation.

Pete suffered wounds to her feet that she described to police at the scene as the result of broken glass, but later claimed were caused by gunshots from Peterson. A surgeon who operated on Pete after the altercation took the stand to confirm he had removed bullet fragments from her feet.

Peterson has repeatedly denied that he was the one who shot at Pete on July 12, 2020. The trial began Dec. 12 with testimony from Pete herself, who claimed Peterson had shot her in an emotional retelling of the roadside assault. She told the jury: “I wish [Peterson] had just shot and killed me.” The defense went on to argue that this was a case about jealousy between Pete and Kelsey Harris, her former friend and ex-assistant, who both allegedly had intimate relationships with Peterson.

Harris was described as a key witness for the prosecution, but on the stand she claimed she either didn’t see or couldn’t remember the circumstances of the shooting due to consumption of alcohol that night and because she was dealing with anxiety and postpartum depression. She was not able to definitively confirm that Peterson had shot the gun.

Harris also told the court that her estranged friend Pete had “painted the picture that I betrayed her.” Harris testified, “She’s painted the picture that I’m this bad person, bad friend, that I took hush money. There are many lies.” She also vehemently denied the claim that she was the one who shot Pete amid speculation implied by Peterson’s defense team, who argued their client’s DNA was not found on the weapon.

Moreover, Harris denied ever hearing Peterson say the now-infamous line — “Dance, bitch” — as he allegedly shot at Pete’s feet, which the Houston-born rapper has repeatedly claimed since she first accused Peterson of the crime in 2020.

During closing arguments, Deputy District Attorney Alexander Bott reminded the jury that the case was about Pete. He displayed a photo of the rapper as he quoted her testimony. “It feels like every man with a position of power in the music industry, even people who are not even rappers, they never even cared about what my side of the story was,” Pete said.

Peterson’s attorney, George Mgdesyan, told the jury “this case is about sexual relationships,” and contended that the events of those nights had occurred because Pete and Harris had a heated and drunken dispute about disloyalty, since they were both allegedly sleeping with Peterson.

The trial has consumed the hip-hop industry and its media coverage since it began, much like the Johnny Depp and Amber Heard trial from earlier this year, albeit on a smaller scale. On his recent album “Her Loss,” Drake made a reference to Pete, saying “this bitch lie ’bout getting shots but she still a stallion.” Pete responded to Drake on Twitter, hitting back and writing, “Stop using my shooting for clout bitch ass n—–! Since when [the fuck] is it cool to joke about abt women getting shot! You n—– especially RAP N—– ARE LAME! Ready to boycott bout shoes and clothes but dog pile on a Black woman when she say one of y’all homeboys abused her.“