Celebrities who are Cancers: 10 famous people born under the water sign

It was apparently a mission impossible for Tom Cruise’s elite security team to protect his luggage, which was stolen in a bodyguard’s luxury BMW – leaving the actor furious, according to a report.

The action star, who’s in the UK shooting the latest installment of “Mission Impossible,” lost what The Sun described as thousands of pounds worth of luggage stored in the X7 Beemer.

The high-tech heist saw tech-savvy crooks reportedly use a scanner to capture and clone the signal from the keyless car’s ignition fob — and then trick the car into thinking the key was within range.

“Tom had been driven around in the car while in Birmingham and some of his ­luggage and belongings were inside it when it was taken,” a source told the news outlet.

“It’s since been recovered by police because it was equipped with an electronic tracking device but everything inside it had gone,” the person added.

“It’s a huge embarrassment for the security team and the guy who had been driving it was hopping mad — but not as mad as Tom!”

The bodyguard in charge of the 59-year-old “Top Gun” star’s security team is believed to have found the luxury ride had vanished from its parking spot early Wednesday, according to The Sun.

Sources told the outlet that the thieves made off with the black car in minutes after intercepting the fob signal when the vehicle was left outside the Grand Hotel – only a two-minute walk from the police headquarters. 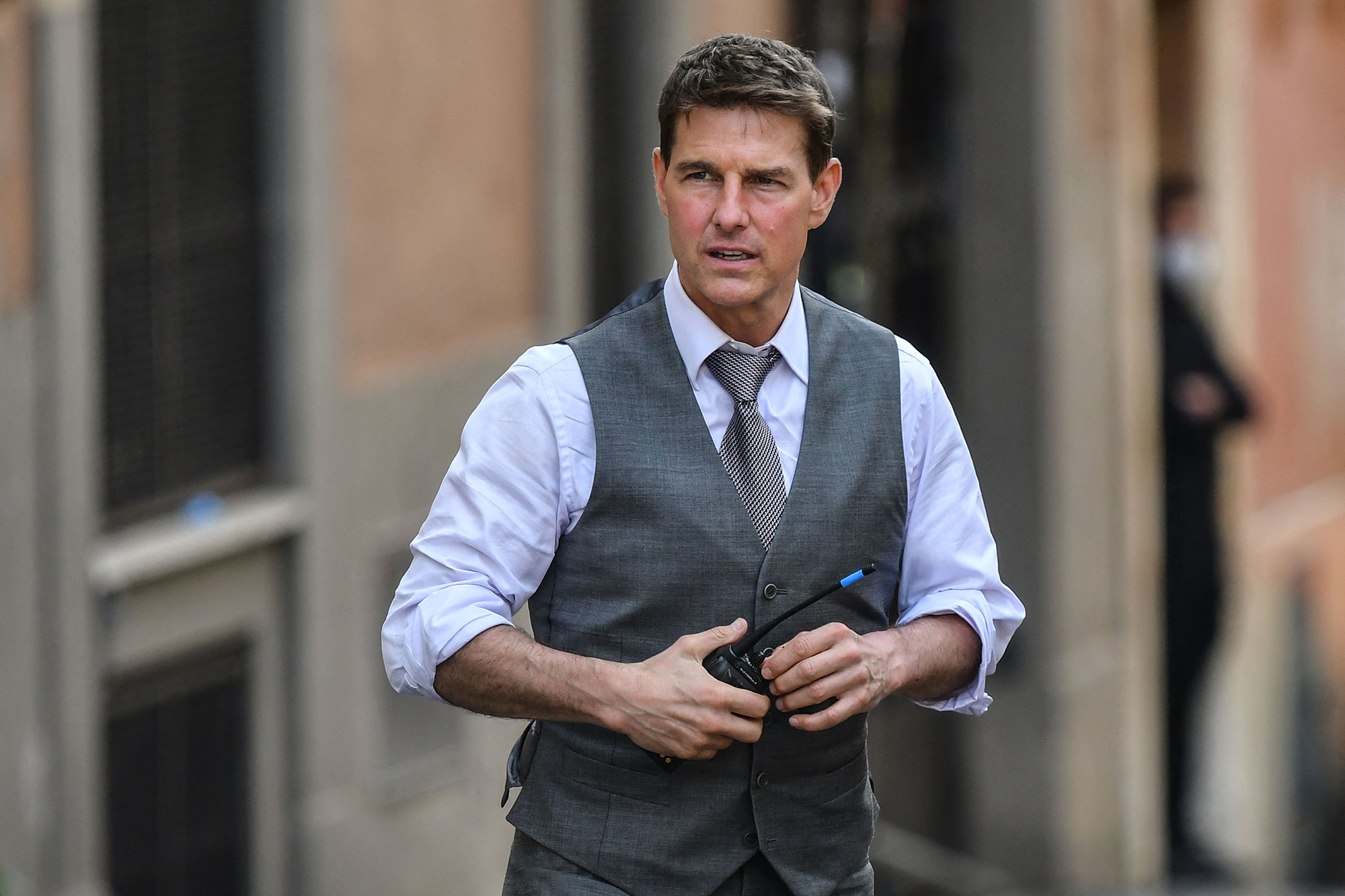 The 2021 car — which sports a 4.4-liter turbo V8 engine packing 523 horsepower —
was apparently not parked in a secure, barrier-protected lot recommended by the hotel an eight-minute walk away, according to the report.

Local police confirmed there had been a car stolen.

“We received a report of a BMW X7 stolen from Church Street, Birmingham in the early hours of Tuesday morning. The car was recovered a short time later in Smethwick,” a police spokeswoman told The Sun.

“CCTV enquiries have been made in the area that the car was recovered from. Inquiries are ongoing,” she added.

BMW apparently provided an identical replacement car for Cruise within hours of the theft, The Sun said, adding that Paramount Pictures declined to comment about the theft.

Meanwhile, Cruise, known for doing his own stunts, on Thursday presented what he called his most dangerous stunt ever in a clip from his upcoming flick, according to Reuters.

He takes a motorbike ride down a ramp and off a giant cliff in Norway, and lets go mid-air before his parachute is released.

The clip was shown at the CinemaCon gathering of movie theater operators and Hollywood studio executives in Las Vegas, according to media reports.

“This is far and away the most dangerous thing I’ve attempted. We’ve been working on this for years,” Cruise said in the video, according to Deadline Hollywood. “I wanted to do it since a little kid.”

Cruise, who’s rumored to be dating co-star Hayley Atwell, was forced to make an emergency helicopter landing earlier this week in a Warwickshire garden due to nearby Coventry Airport being shut down temporarily.

Back in June, the Hollywood heavy hitter reportedly had to self-isolate after “Mission: Impossible” cast and crew members tested positive for COVID-19.

He was infamously caught on audio last year reportedly lashing out at workers on set who he said were not taking COVID-19 protocols seriously.

“Mission: Impossible 7,” in which Cruise returns as suave spy Ethan Hunt, is due for release in May 2022 after a coronavirus-delayed shoot in Italy, Norway and the UK.