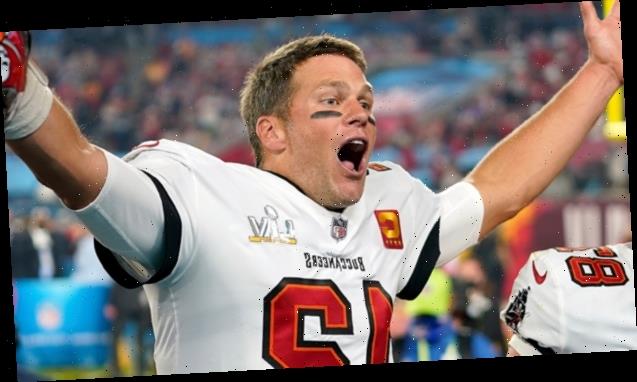 Tom Brady made the play of a lifetime when he confidently tossed the Super Bowl trophy from a boat to Rob Gronkowski during the Buccaneers parade!

Forget the Super Bowl; Tom Brady just made the most significant toss of his life on February 10. The Tampa Bay Buccaneers quarterback was partying hard with his teammates after winning Super Bowl LV when he decided to let loose with their hard-won Lombardi Trophy. Video taken by Buccs player Mike Evans at the team’s celebratory parade showed Tom chucking the trophy at Rob Gronkowski, who gleefully catches and holds it up in the air while screaming.

As if that weren’t anxiety-inducing enough, it was a boat parade. AND, Gronk was on a different boat! Yes, if Tom didn’t aim correctly or Gronk had butterfingers, then the Lombardi Trophy would be lost to the waters off the Florida coast. It may not seem like it from the video above, but those boats were not close together, either. Otherwise, it’s hilarious. Mike keeps screaming “Tommy! TB! The f**king greatest! Let’s f**king go!” as Tom raises his arms in triumph and screams.

It’s been one hell of a week for Tom, who just won his seventh Super Bowl and fifth MVP title. He was surrounded by his family when he won, sharing a kiss with wife Gisele Bundchen and a gigantic group hug with his young children. He even got a shoutout from his ex Bridget Moynahan, with whom he shares 13-year-old son John Moynahan. She posted a photo of Tom to Instagram and wrote, “I am pretty sure I’m not the only one from #PatriotsNation celebrating Buccaneers #SuperBowl #GreatGame and #SoProud.” 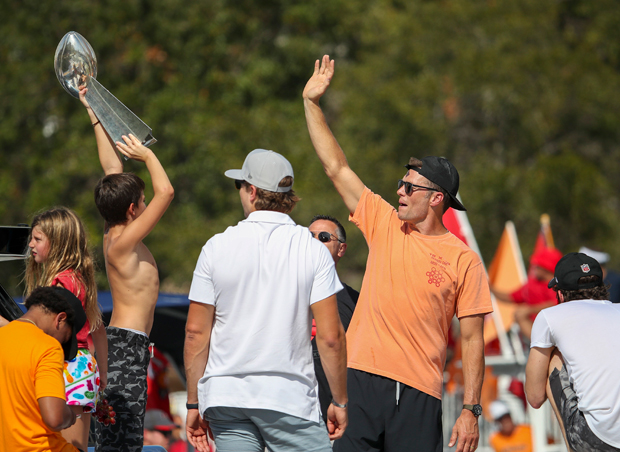 Gisele also sweetly celebrated with Gronk’s girlfriend, Camille Kostek, on the field after the big game. The two ladies hugged and danced together to Diddy’s “Bad Boy For Life” in a video posted to Camille’s Instagram profile — a parody of a video Tom and Gronk once did together!