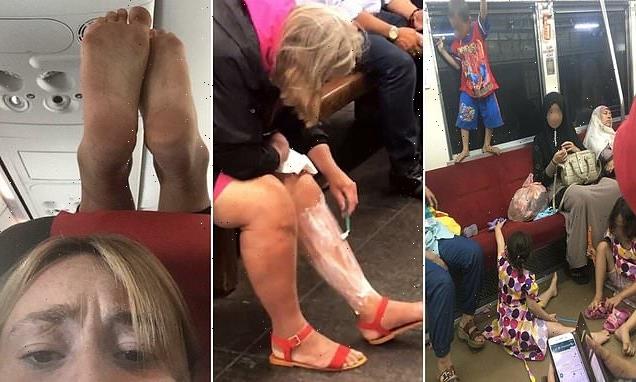 Just plane rude! Bizarre photos of inconsiderate passengers on public transport will make your blood boil – from a woman shaving her legs to children running riot

The morning commute can be difficult enough without needing to deal with outrageous behaviour.

Social media users have been sharing pictures of public transport passengers behaving badly, with the most striking examples collated in a gallery by Bored Panda.

They include someone filing their feet on a plane, a gluttonous passenger who snuck a full lobster feast onboard, and a woman who didn’t think to hide her phone on the plane when she sent a text to another person to say she had Covid.

Here, FEMAIL has rounded up a selection of the most inconsiderate passengers… 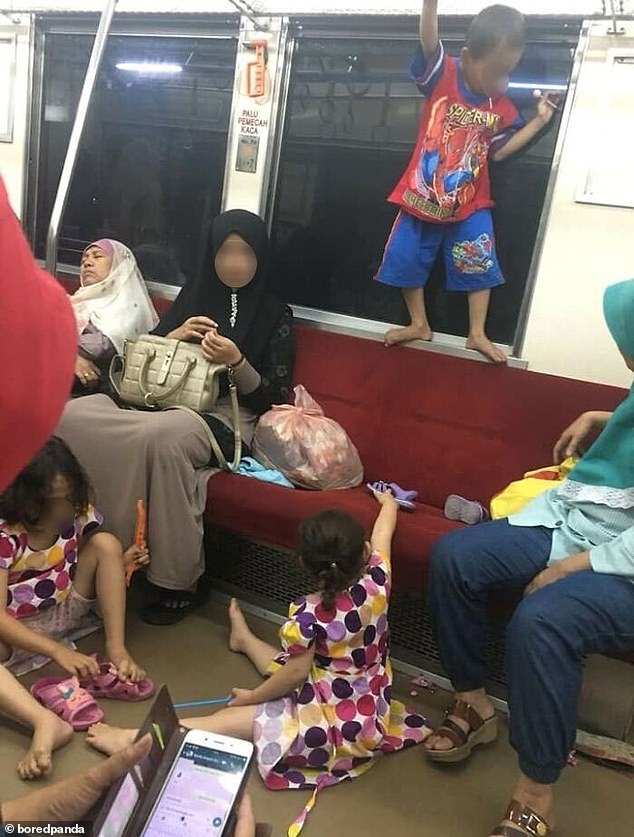 Out of control! In Malaysia these parents have let their kids have free reign on the train – from taking off their shoes to climbing all over the seats 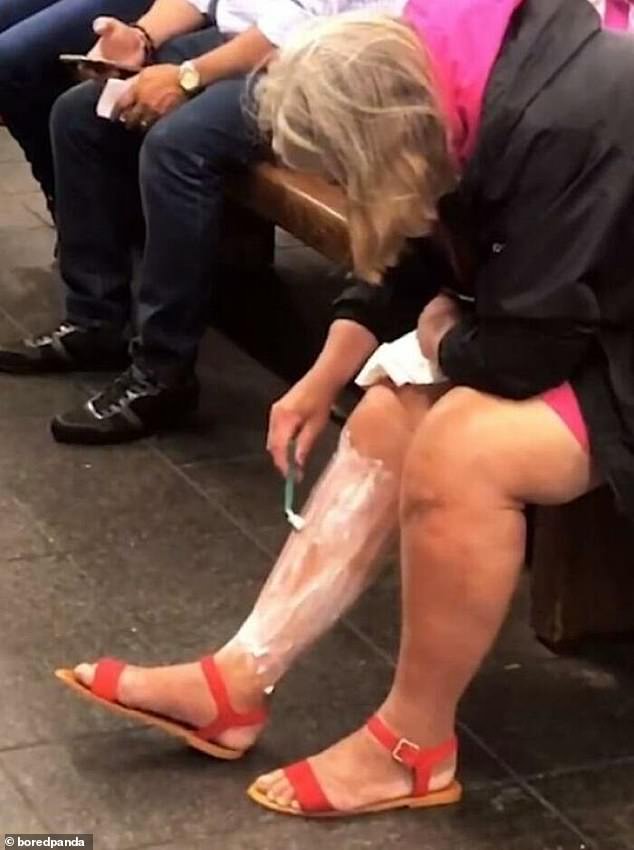 A close shave! In New York, this woman should be careful not to miss her train after she stopped to shave her legs at the subway station 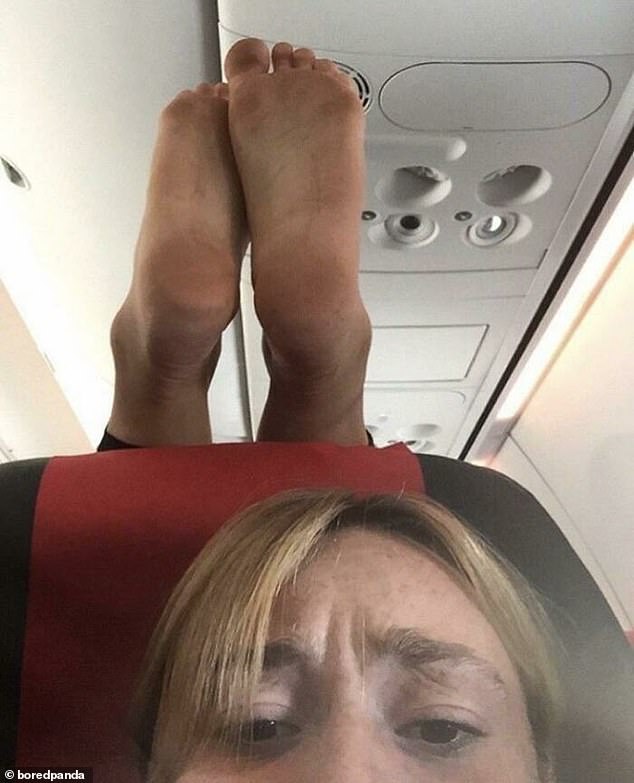 Don’t look up! This female passenger was horrified to find her neighbour’s feet on top of her seat during a flight 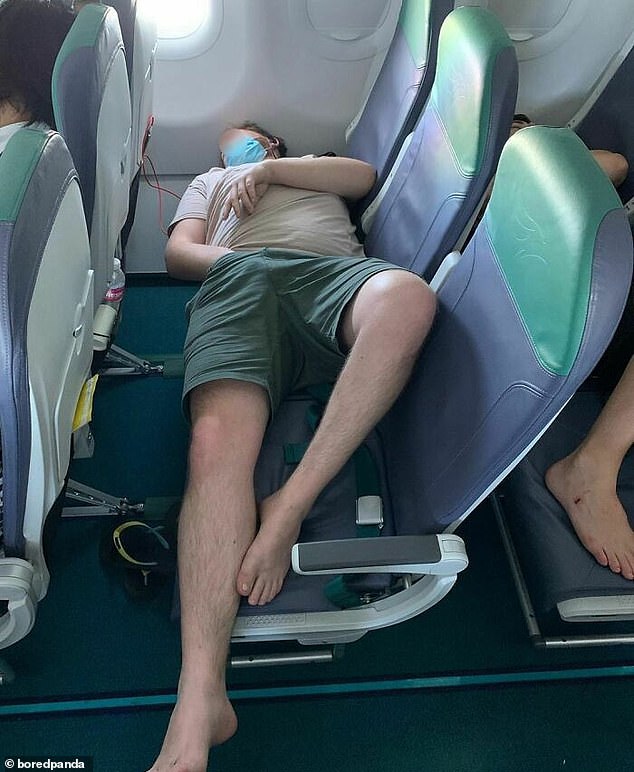 Put your hands in the air! This man fell asleep in a fairly unfortunate position during a flight to the US, with his hand down his shorts 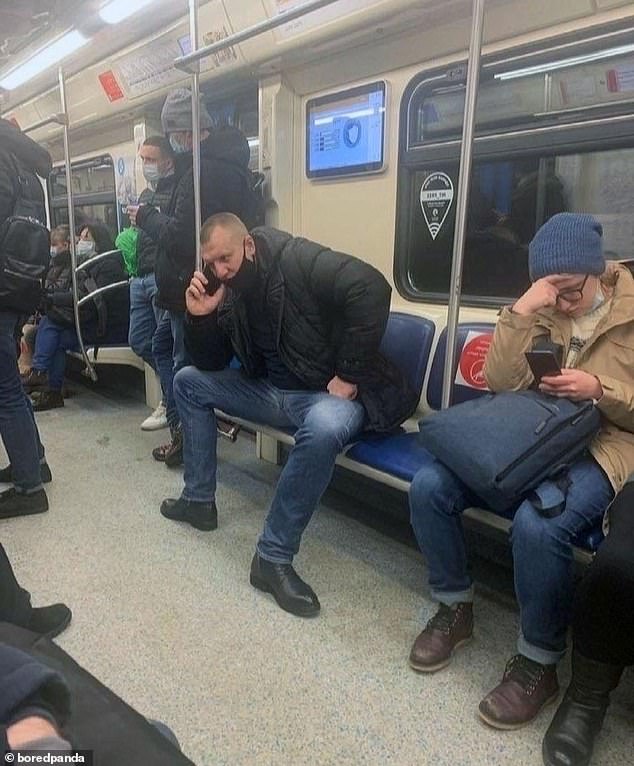 Manspreading! This gentleman in Germany has spread his legs so wide that he appears to be taking up two seats – leaving passengers on the busy train to stand 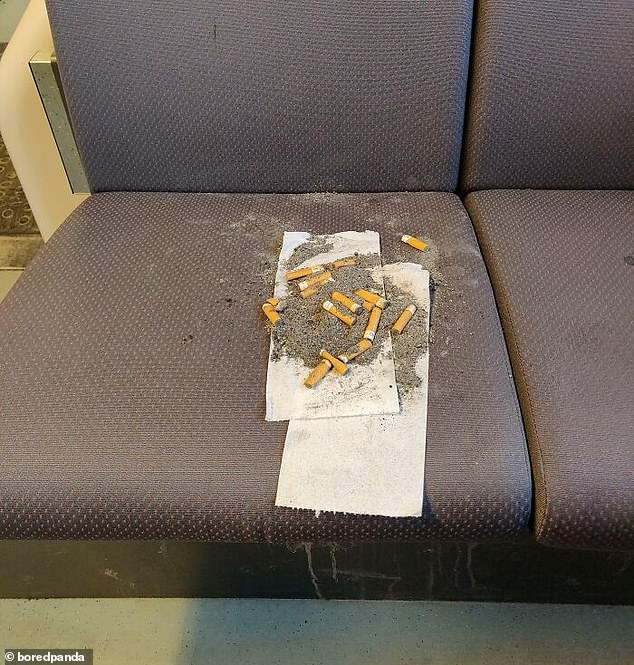 What a mess: This person is clearly unaware that smoking is prohibited on public transport, and it also appears they haven’t been taught to clean up after themselves as they have left their cigarette butts and ash all over the seat 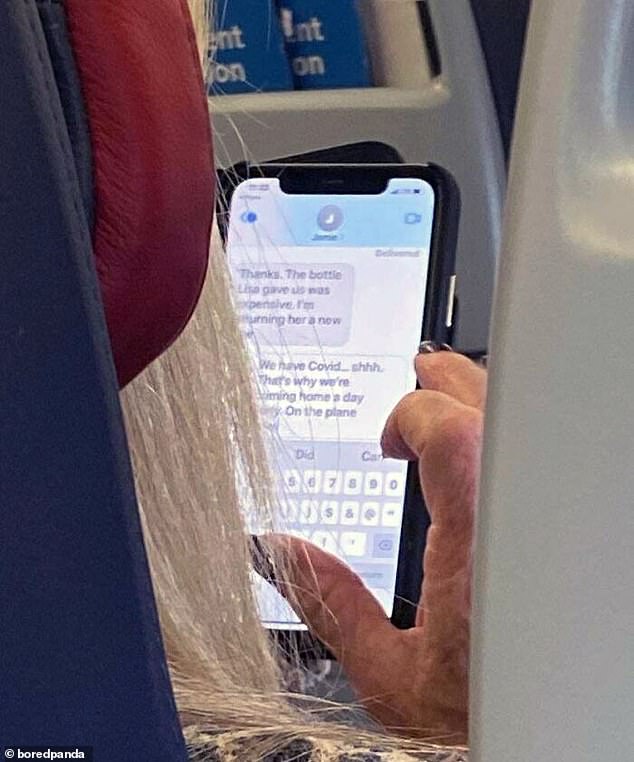 Cat’s out of the bag: This woman should have not boarded the plane home after learning she had Covid – and she was also foolish enough to hold her phone in plain sight while she confessed her rule-breaking journey to a friend over text 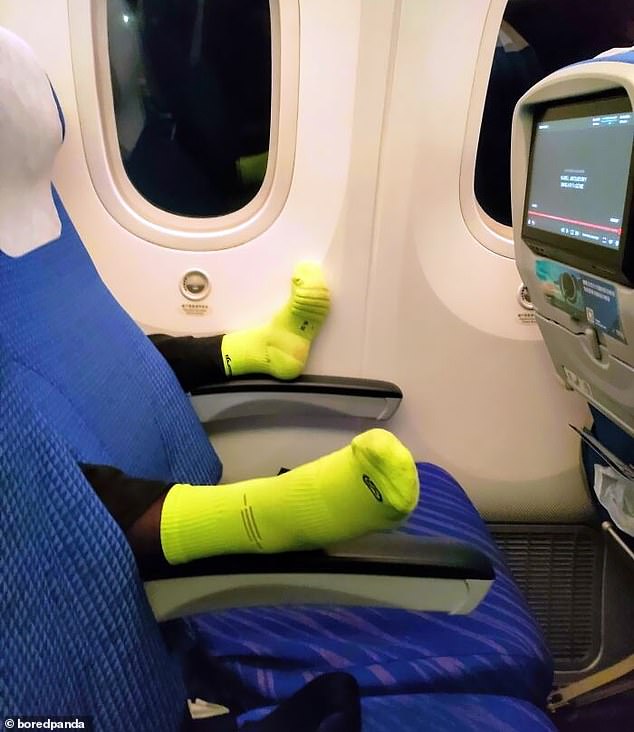 Keep your feet to yourself! This person has mistaken an arm rest for a foot rest. We wonder what their fellow passenger said when they got back from the bathroom 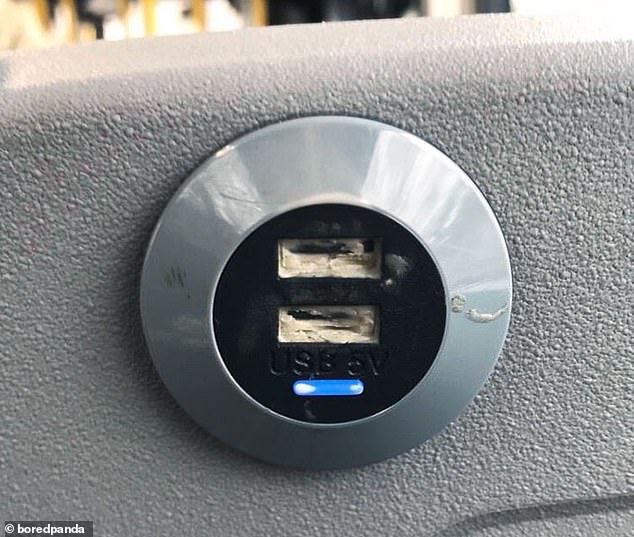 Supercharge your gum! A very unhelpful passenger has decided to block the USB charging ports with their chewing gum 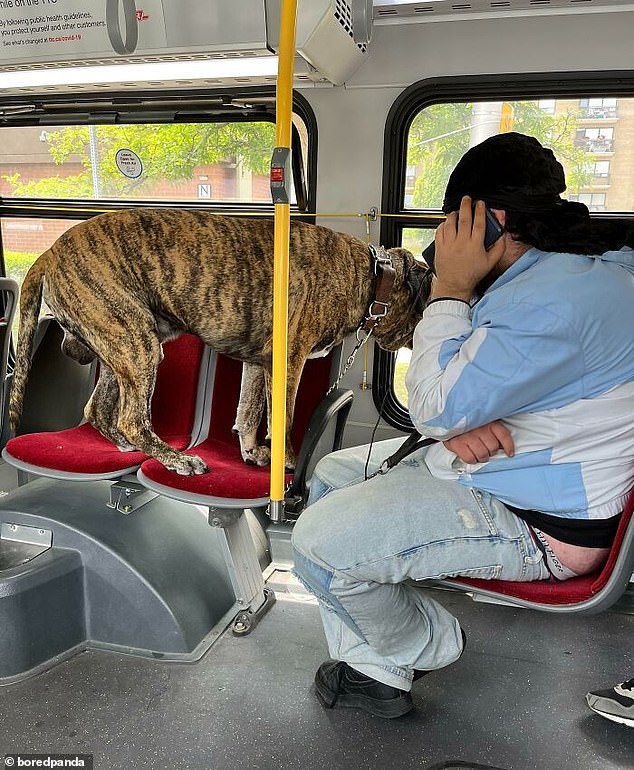 That’s ruff: This man, who appears to need to pull up his trousers, has allowed his huge dog to occupy two seats on the bus 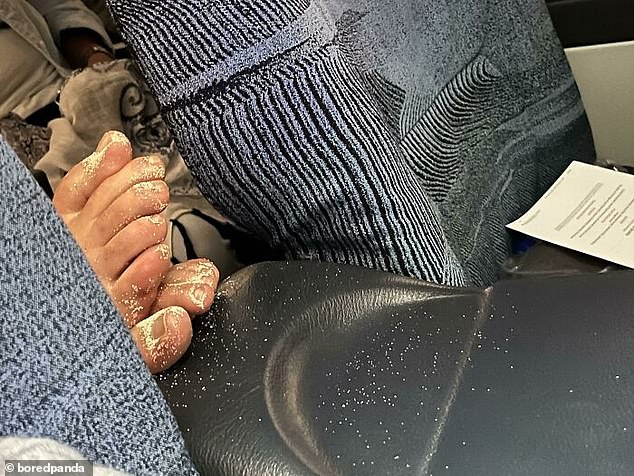 A nasty surprise! Whilst flying to Toronto one horrified passenger found someone else’s flaky toes on their arm rest 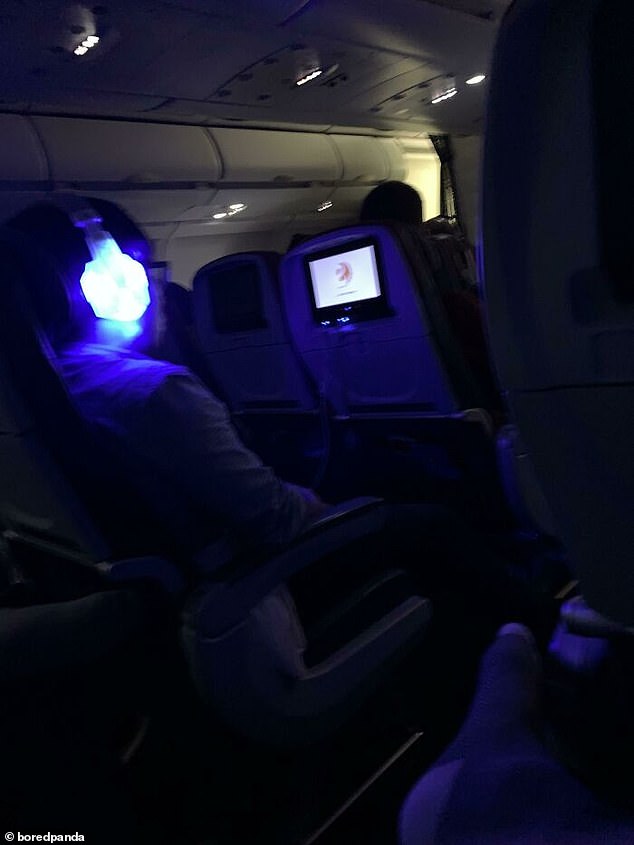 Lights out! This person didn’t think about their fellow passengers when they decided to wear their light-up headphones after lights out on this plane 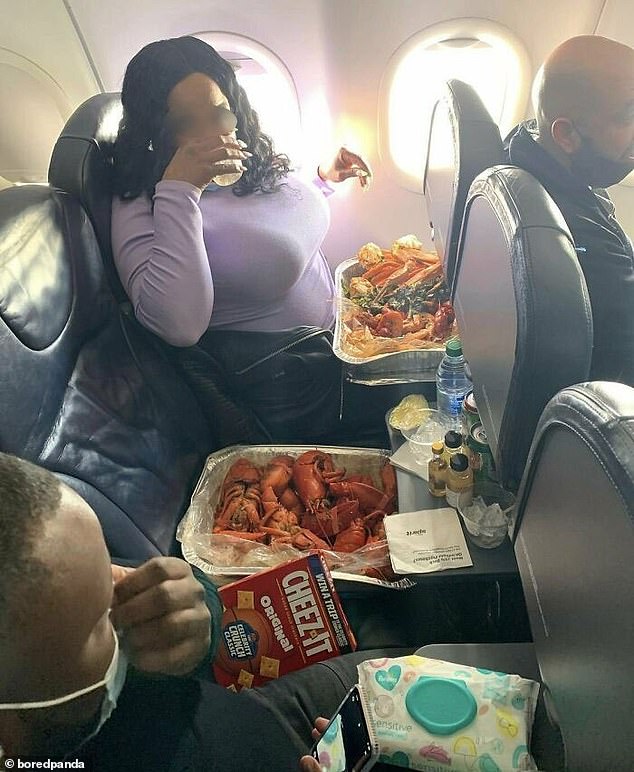 In-flight feast! The biggest question here is – how did they get all that lobster onboard the plane?