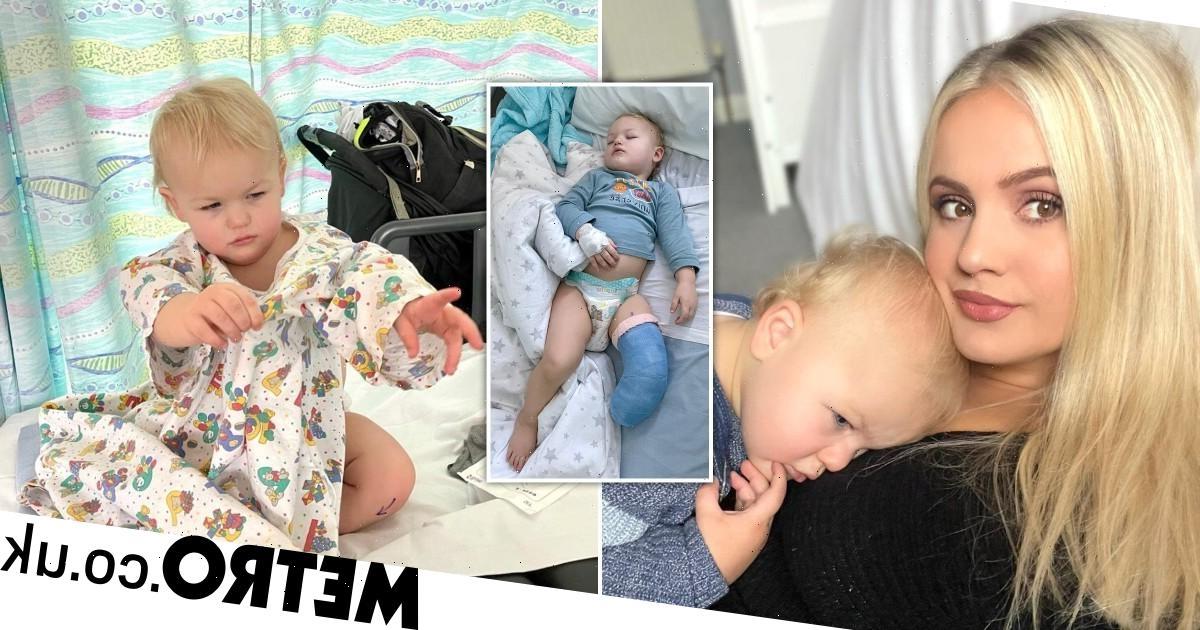 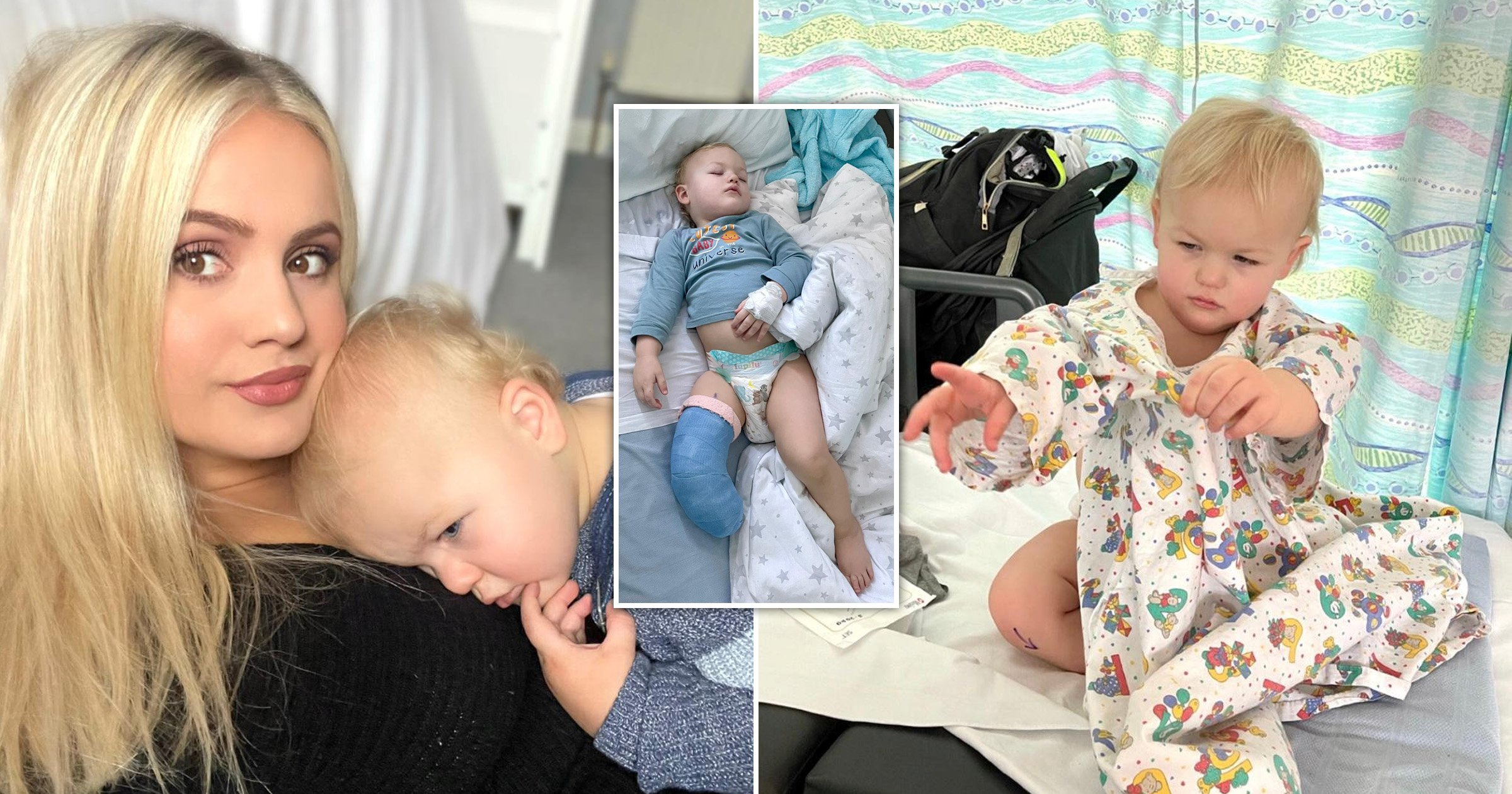 A toddler born with a leg abnormality has undergone an amputation at just 20 months old.

However, brave Ollie Jeys gave an adorable reaction in the aftermath by simply saying ‘all gone!’

From Hall Green, Birmingham, little Ollie was born with a condition that meant bones in his leg didn’t grow properly. This caused the leg to grow shorter than it was supposed to.

Left with foot and ankle abnormalities, his mum Chloe Savage, 22, was told he would likely be never able to walk.

Chloe wanted Ollie to walk like his peers, so chose amputation for her son, which meant he would receive a prosthetic leg.

Following the surgery and after several weeks in a cast, when Ollie saw his leg stump his adorable reaction was: ‘all gone!’

‘This was the first time he saw it – he was a bit shocked,’ recalls university student Chloe. ‘He didn’t really understand why it had happened, he just knew it wasn’t there any more.

‘Then it was straight back to watching TV for him – he wasn’t too bothered.

‘In fact, he was more annoyed that I had to take him to hospital to get a new cast put on than the actual amputation!’

Ollie was born with fibular hemimelia, a condition where his fibula bone was missing and his tibia bone was half the size it should be.

The condition caused his ankle to be twisted and he also had missing toes.

Chloe opted for Ollie to have an amputation after doctors warned other treatments wouldn’t work because his was a severe case.

On February 24 of this year, Ollie attended Birmingham Children’s Hospital and underwent a six-hour amputation of his right leg.

‘The days leading up to the amputation were the most difficult – it was the anticipation of it,’ Chloe explains. ‘It was a massive relief once it was done.

‘His leg before wasn’t painful but doing it now means he will be able to learn to walk with a prosthetic.

‘He will grow up and won’t remember a time before the amputation, so it will feel totally normal to him growing up.’

A month on, Chloe says the healing process is going well. After seeing his stump for the first time on March 19, Ollie went back to watching TV.

He had a cast reapplied after it came loose, but it will be off for good very soon. When this is done, he will be fitted for his first prosthetic leg, and he will begin learning to walk.

‘He is back at nursery now and he’s doing really well,’ mum Chloe says. ‘He didn’t seem bothered when he saw his leg.

‘He noticed it was gone, so he commented on it. Then he went straight back to watching TV!’

Get in touch by emailing MetroLifesty[email protected]