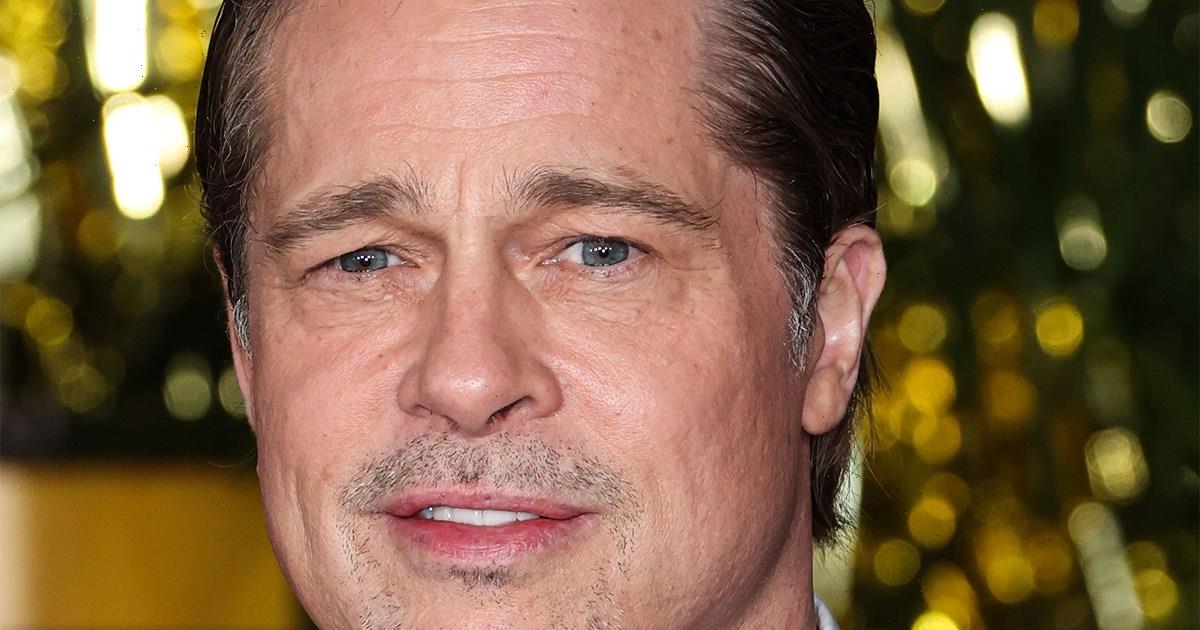 A literal roll in the hay! Brad Pitt got real when discussing his first-ever on-screen sex scene — a moment that took place in a barn.

“It would have been in the show Dallas,” the Babylon star, 59, shared in an interview with W Magazine that was published on Monday, January 9, referring to his four-episode arc on the ’80s show. “I had to roll around in the hay in a barn. I don’t think I had a line. I was just rolling and frolicking.”

Pitt — who would go on to star in many love scenes over the years and become a bonafide movie star — also opened up about his famous on-screen romp with Geena Davis in 1991’s Thelma & Louise, in which her character falls for Pitt’s bad boy charm as J.D.

“Yeah, that was my entry into the big leagues, I guess,” the Fight Club actor said while gushing about his costar. “Geena was so sweet and kind and delicate. That love scene, I think, went on for two days of shooting. She took care of me.”

While his turn in the drama proved to be his breakout role, the Once Upon a Time … in Hollywood lead demurred when praised for the film. “That’s really Geena and Susan [Sarandon],” Pitt noted. (Both stars were nominated for best actress Oscars for their performances, but Davis, now 66, beat out Sarandon, now 76, for the coveted award.)

Another early Hollywood memory the Missouri native recalled to the publication was the time he saw John Cusack during his first week in the City of Angels — an encounter that left the director starstruck.

“That was the first I had ever seen a man or woman who actually worked in film. It was really strange, being in the same room with someone who you watched on the screen,” Pitt confessed.

Though the Academy Award winner has shared numerous stories from his time in the industry, he has also opened up about his real-life sexual prowess.

In a 2009 interview with Parade, when gushing about his “dream house” with now-ex-wife Angelina Jolie, Pitt couldn’t help but reveal a cheeky tidbit about the then-couple’s love life, calling the secret grotto behind their pool “a great place for sex.” (The Mr. and Mrs. Smith stars, who began dating in 2004 and share six children together, split in 2016, two years after tying the knot.)

The director previously dished on his penchant for romantic water-based activities in a 2001 sit-down with W Magazine.

“The bathroom was the first thing in the house I worked on at the time when Jen and I were really hooking up strong,” Pitt told the outlet at the time, referring to his relationship with ex-wife Jennifer Aniston, whom he was married to from 2000 to 2005. (He and Jolie, 47, met on the set of Mr. and Mrs. Smith one year earlier.)

“Things are on your mind … and I guess I had a dirty mind at the time,” Pitt confessed.