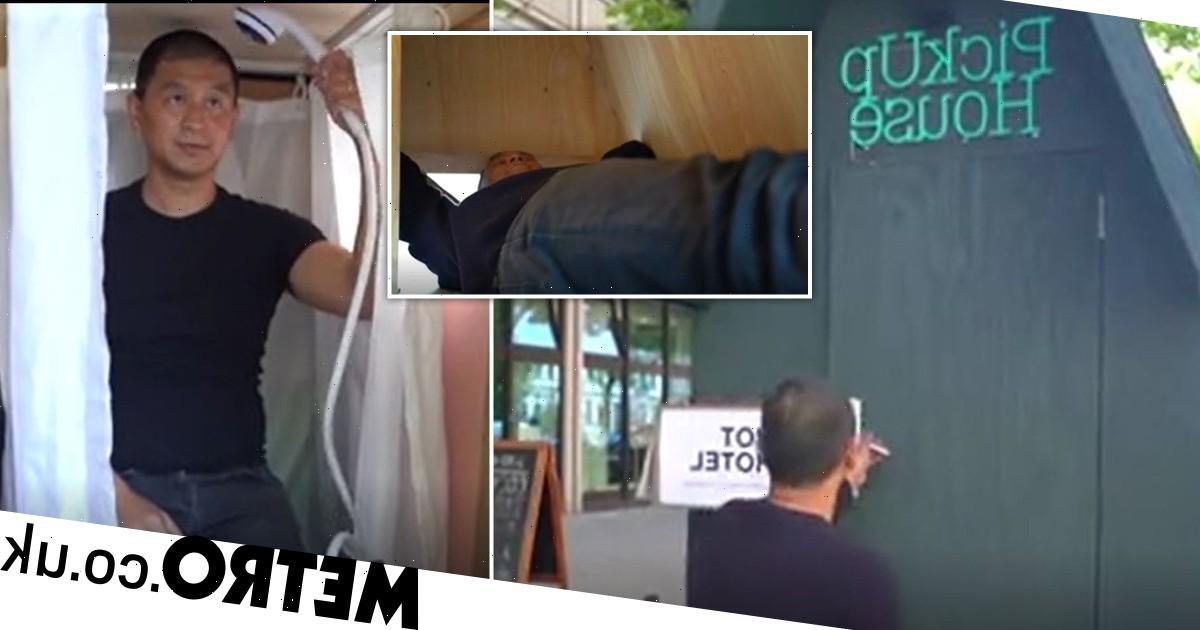 A tiny house in Berlin proves that small can still be mighty as it’s offering sheltered accommodation for the city’s homeless.

The unique space, which was spotted on Monday, is being dubbed as the city’s smallest ‘hotel’ at just 2.5 square metres – so is smaller than some lifts.

But, despite its smaller stature, the accommodation still includes a kitchen, a bedroom and a bathroom, as well as WiFi.

The brains behind the hotel is designer Van Bo Le-Mentzel, who can be seen in a video giving a tour of the hotel. 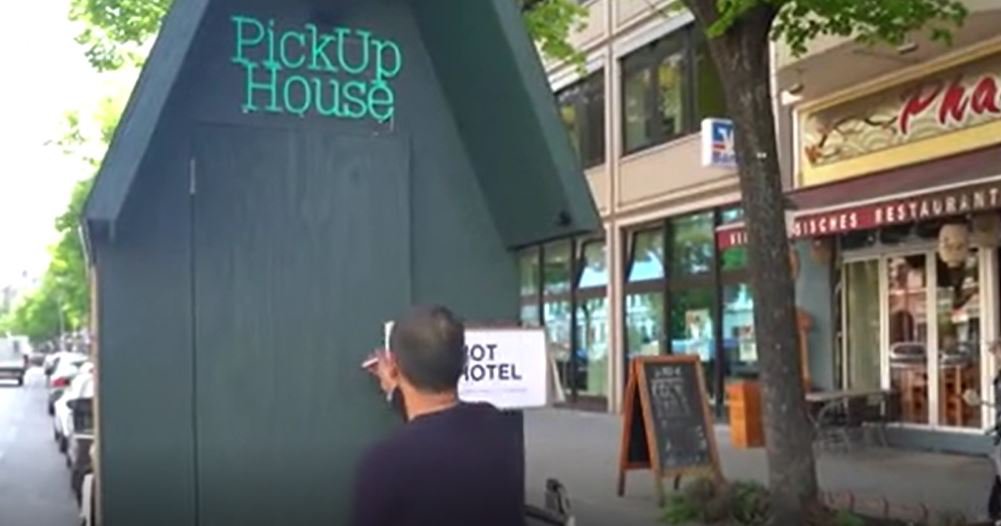 He also explains the function of the space in greater detail, as well as some of the challenges he faced designing it.

‘There are so many homeless people in Berlin and during the winter season, you know, some of them also die – so I just came up with the idea of creating a very small home on a car so I can park it anywhere,’ he says.

‘It is just 2.5 square meters. It is really really small…so the big challenge is how you organise this cosy feeling in that tiny space.’

Called ‘The PickUp House,’ the structure can be seen on the street next to parked cars – and the home itself sits on a vehicle, so it can be moved around.

The idea is to give homeless individuals a sheltered space to sleep for the night and offer protection from the elements – particularly during cold snaps.

According to Van Bo Le-Mentzel, the hotel has room for one person per night.

He continues: ‘Once they are here in the Nothotel (German for Emergency Hotel) they can really lay down and relax.

‘It is just for one night – but it is better than nothing.’