Tina Weaver: Here is my Strictly dream team for 2019. So who would be on yours?

A bewitching blend of razzle-dazzle, colourful characters and family fun. It combines the fizz and sparkle of a glass of champagne with the soothing powers of a hot bath.

From the judges to the barely-there sequined dresses (just the right side of sexy), to the real emotion generated by the performances, this is truly Rolls-Royce television.

We are regularly told the era of family TV is dead. We now prefer bingeing on box-sets or watching Netflix. 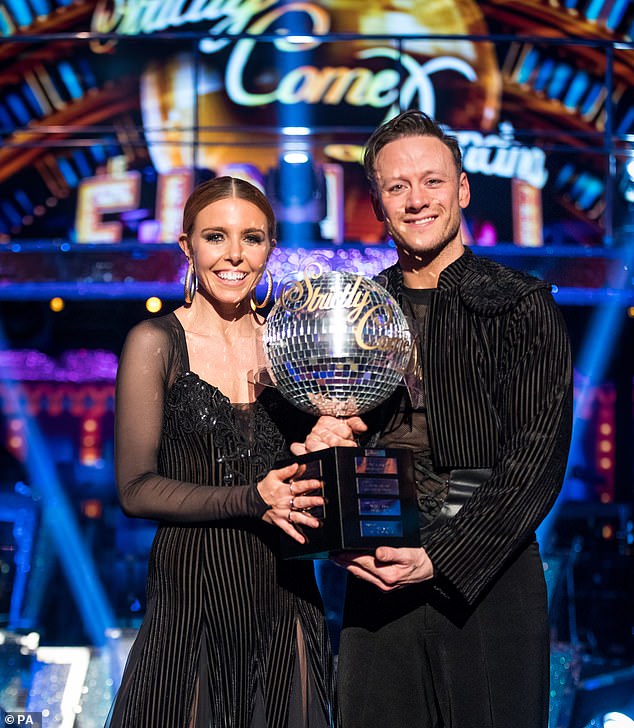 But Strictly keeps defying the trend and more than 12 million people tuned in to this year’s final. My little one and his friends bounced up and down shouting at the TV, predicting the scores.

Six months ago I’d never heard of Stacey Dooley. Last weekend I could have cried with her dance partner Kevin Clifton as she hoisted the Glitterball trophy aloft.

And apart from the Queen’s Speech, the only must-see TV show for us on Tuesday is the Strictly Christmas Special.

Eyes are already on the 2019 cast and, after criticisms of a lack of big names this year, they’ve already hooked Chris Evans. Here’s who I’d like on my Strictly 2019 dream team:

Theresa May. Our PM is a must. She has already proved her dancing prowess, likes a sparkly top, and something tells me she might have plenty of time on her hands next autumn.

Melania Trump. I’m fascinated to know what (if anything) is behind her sphinx- like expression, and seeing POTUS watching FLOTUS twirling in her handsome partner’s arms would be priceless.

Sir Philip Green. You always need a lame duck who can’t dance and needs to shed a few pounds. With stouty, shouty Phil, you get a bargain two for the price of one.

Jose Mourinho. The Narcissistic One’s very high opinion of himself is guaranteed to rile Craig Revel Horwood, who already regards himself as Strictly’s Special One. 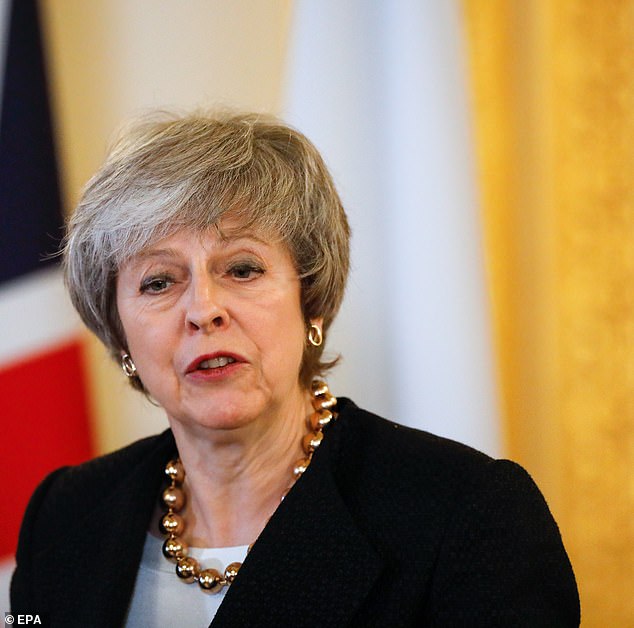 Prime Minister Theresa May has already proved her dancing prowess, likes a sparkly top, and something tells me she might have plenty of time on her hands next autumn

Professor Brian Cox. The physicist and star man is Liam Gallagher with manners – and a brain. A guaranteed favourite of Bruno Tonioli.

Jacob Rees-Mogg. Arch-Brexiteer and MP for the 19th Century has been putting on his top hat, tying up his white tie, brushing off his tails since he was a toddler. Would be the ultimate dance-off against Mrs May.

Fergie. The Duchess of York is a huge fan of the tango and has said she would love to learn the sensuous Argentine dance. Luckily, Anton du Beke loves a challenge…

Jeremy Clarkson. The great pot-bellied beast of Chipping Norton, fag in hand, bottle of rosé on the go, could be the new John Sergeant. I might even start to like him.

Nigella Lawson. The fragrant TV cook and queen of the single entendre would pout her way around the dancefloor with her trademark ‘come hither’ looks to camera.

Ant McPartlin. If the Britain’s Got Talent reunion with Dec doesn’t go well, Ant and his ‘demons’ can cha-cha-cha over to the BBC for redemption. Maybe ex-wife and Strictly make-up artist Lisa Armstrong might like to put on his slap?

Robert Peston. With his Groovy Dad persona and midlife-crisis floppy locks, Pesto’s always first on the dancefloor at media parties, so Strictly should be a breeze.

Jennifer Saunders & Joanna Lumley. Both have turned down Strictly in the past, but maybe it’s time for the ultimate Ab Fab reunion. A smidge of Bolly all round, anyone?

Lewis Hamilton. When he’s not busy apologising (last week to Stevenage for calling his home town a slum), the F1 champion fancies his chances as a bit of a dandy and all-round operator. He’s not. But it would be fun to see if he can manage the fast turns in the ballroom.

Keeley Hawes. Just because she has to be in everything these days.

Cost-cutting councils have culled nearly a quarter of the country’s lowly paid lollipop men and women.

The junction I negotiate with my youngest each morning is chock-a-block with delivery lorries, buses, cars and throngs of chattering kids.

It’s only navigable thanks to long-serving John The Lollipop Man, once hospitalised after being hit by a car while trying to halt traffic.

Millions of pounds have been squandered on putting in – then removing – speed bumps or widening pavements in the name of road safety.

Thankfully, John’s job seems to be safe – for now. But axeing community-minded people like him to save £7.80 an hour is criminal.

Victoria Beckham’s eponymous fashion house has lost a further £10 million, despite an increase in sales.

Her label appears never to have been out of the red, yet is remarkably celebrating its tenth anniversary.

The global pop star who couldn’t sing is now a successful businesswoman who can’t make a profit. That’s some going, VB! 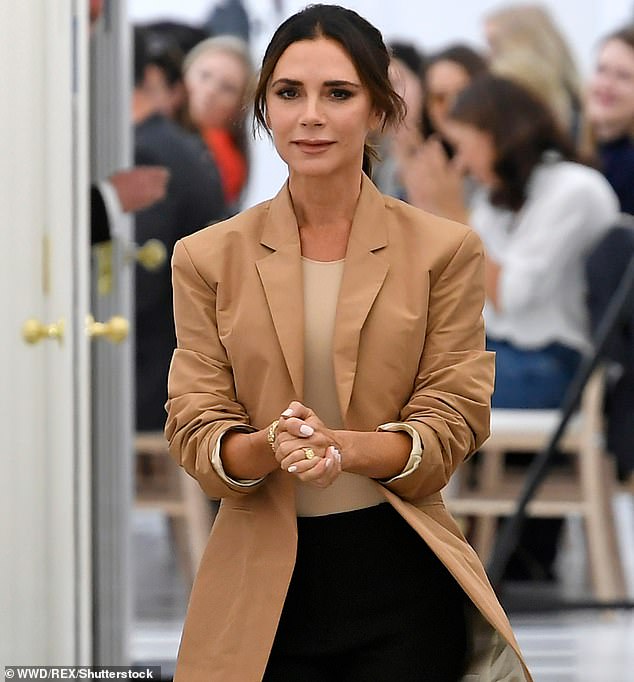 Victoria Beckham’s fashion house has lost a further £10 million, despite an increase in sales

Gwynnie Paltrow’s latest Goopy picture shows her beaming before a row of Christmas stockings (which, of course, she’s flogging) bearing the names of her children and husband. There’s even one for ex Chris Martin.

She has also shared this selfie with new hubby Brad Falchuk. Is it just me or does the expression on his face say: ‘Help me. Please, help me.’ 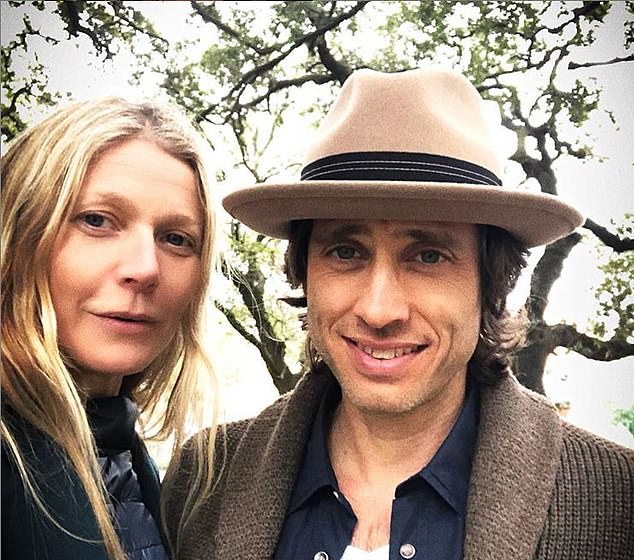 The battle for silliest magazine cover of 2019 has already been won. The prize goes to Sherlock Holmes star Rachel McAdams, posing with breast pumps clamped to her chest.

The 40-year-old actress is breastfeeding her eight-month-old son and decided to incorporate expressing milk into the shoot to help break down taboos.

The US magazine isn’t out yet but photographer Claire Rothstein has gushed on social media: ‘If it changes one person’s perception of something so natural, so normal, so amazing, then that’s great.’

And, of course, it’s so natural, so normal, so amazing to wear full make-up, a Versace jacket and Bulgari diamonds to feed a baby. 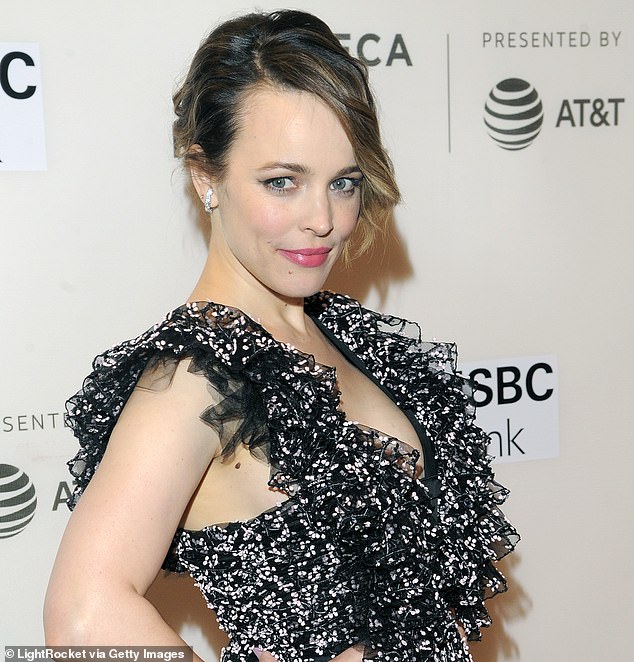 Rachel McAdams, 40, posed with breast pumps clamped to her chest to help break down taboos

The Queen – aged 92 and bundled up against the cold – steps down carefully from the high step of a train with throngs of other passengers, having chosen to travel on a no-frills service from London to King’s Lynn.

Reminding us this Christmas why she is, and will always be, the most respected and popular member of the House of Windsor. 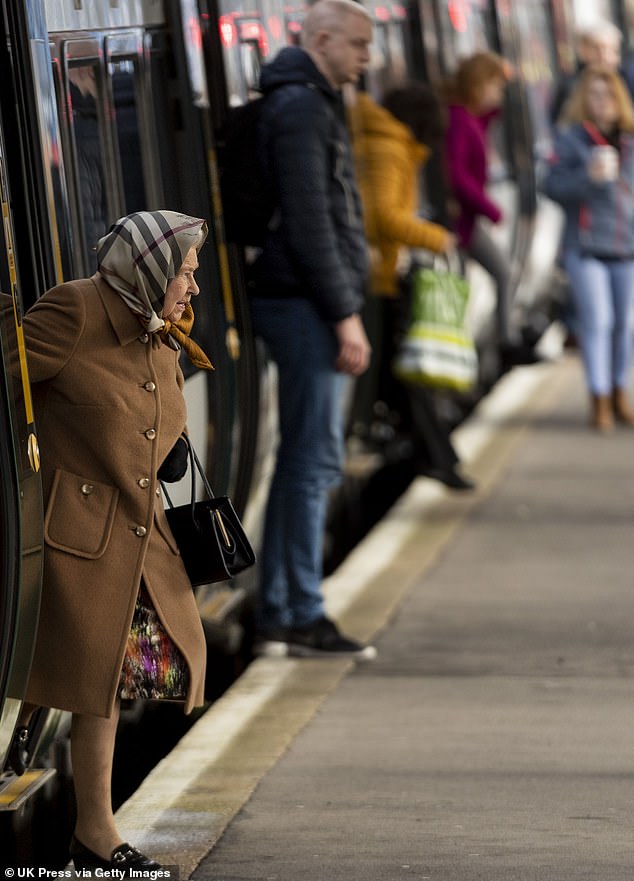 My friend’s daughter is home from her first term at Newcastle University and let me in on a huge secret.

The winter-time sight of partying Geordie girls marauding through the city in skimpy, midriff-baring outfits is an endless fascination. How do they not freeze to death?

The answer is Deep Heat. Local ladies liberally smear on the cream before a big night out.

He laughs hysterically each time he sees it, while the rest of his team sit stony-faced.

Frankly, their reaction is the same one we’ve all had to anything John Cleese has done since Fawlty Towers.

For years, we’ve smiled through gritted teeth at airport security as we’ve removed shoes and belts, stuffed tiny pots of creams and toothpaste into clear plastic bags and been patted down (children too) by stern-faced, rubber-glove-clad staff.

Now, thanks to one or two idiots and a drone, we’ve learnt it’s as pointless as it always felt.

Our inexcusable failure to invest in anti-drone technology, standard at US airports, means any jihadi with a child’s toy can bring down an aircraft – no matter how many innocently forgotten tubes of moisturiser are confiscated. 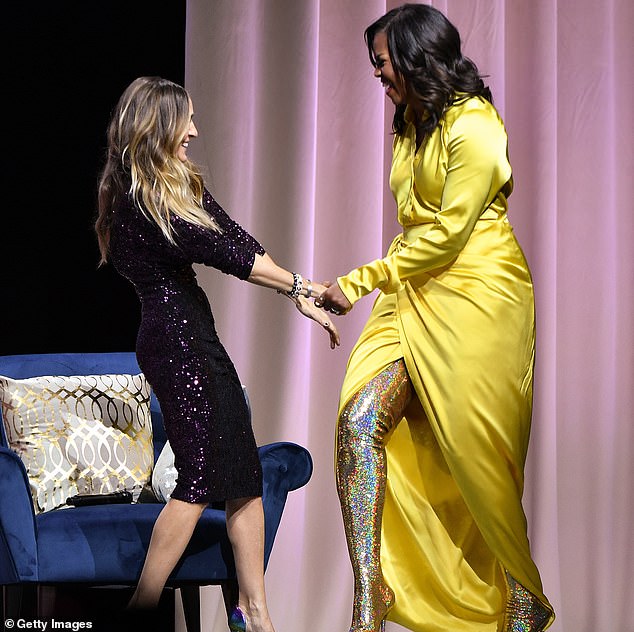 Michelle Obama’s memoirs are topping every book list as she tours the world promoting Becoming.

Looking at the vulgar £3,000 thigh-high Balenciaga boots she wore for an interview with Sarah Jessica Parker, left, I fear she may have bumped into Cheryl Cole’s ‘stylist’ along the way.