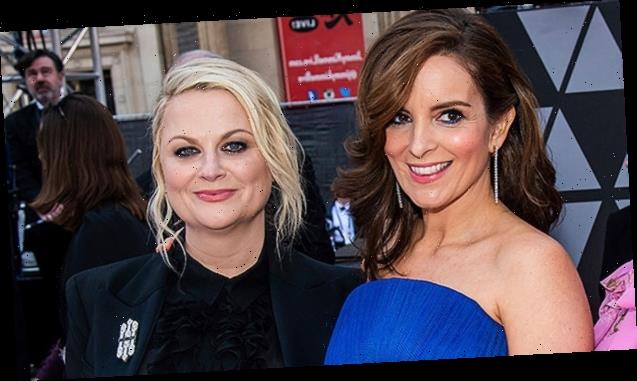 For the first time in six years, Amy Poehler and Tina Fey returned as Golden Globes hosts, and their opening monologue proved they still know how to bring the laughs!

Tina Fey and Amy Poehler hosted the 2021 Golden Globe Awards from separate coasts, but that didn’t stop them from feeding off one another and cracking up viewers. However there was also a serious issue discussed in their opening monologue. They addressed the fact that the Hollywood Foreign Press Association, which decides the nominees and winners at the Golden Globes, has no Black members.

This year’s audience at the Globes consisted of first responders and frontline workers. “Since you guys aren’t usually here, let us explain what this even is,” Amy told the crowd. “The Goldeb Globes are awards given out by the HFPA.” Tina added, “The HFPA is made up of around 90 international, no Black journalists who attend movie junkets each year in search of a better life. We say about 90 because a couple may be ghosts and it’s rumored that the German member is a sausage that someone drew a face on.” 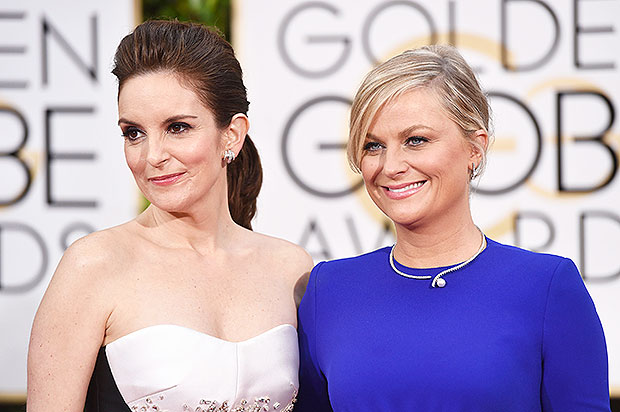 At the end of the monologue, they continued to crack jokes about the situation, but also made it clear that they feel strongly about the necessary inclusivity. “Everybody is understandably upset at the HFPA and their choices,” Amy said. “Look, a lot of flashy garbage got nominated, but that happens. That’s their thing. But a number of Black actors and Black-led projects are overlooked.”

Tina then jumped in, and said, “We both know that award shows are stupid. The point is, even with stupid things, inclusivity is important and there are no Black members of the HFPA. I realize, HFPA, you guys maybe didn’t get the message since your workplace is in the back booth of a French McDonald’s. So you gotta change that.” Several other stars agreed with this message, including Ellen Pompeo and Jennifer Aniston, and had been voicing that message on social media in the days leading up to the Golden Globes.

Amy and Tina previously hosted the Golden Globes in 2013, 2014 and 2015. Due to the coronavirus, though, the show was much different this time around compared to their last go at hosting. Tina broadcasted live from New York, while Amy was in California. The ladies were announced as hosts of the show more than a year ago in Jan. 2020, despite previously stating that they would not take the gig again. We’re sure glad they did!