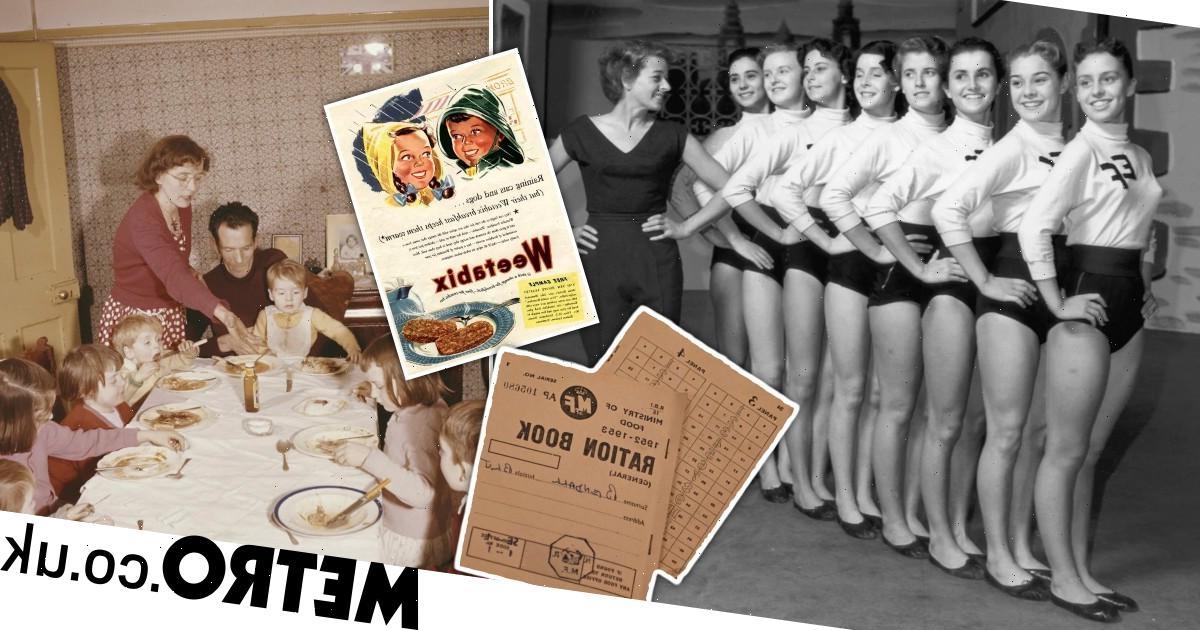 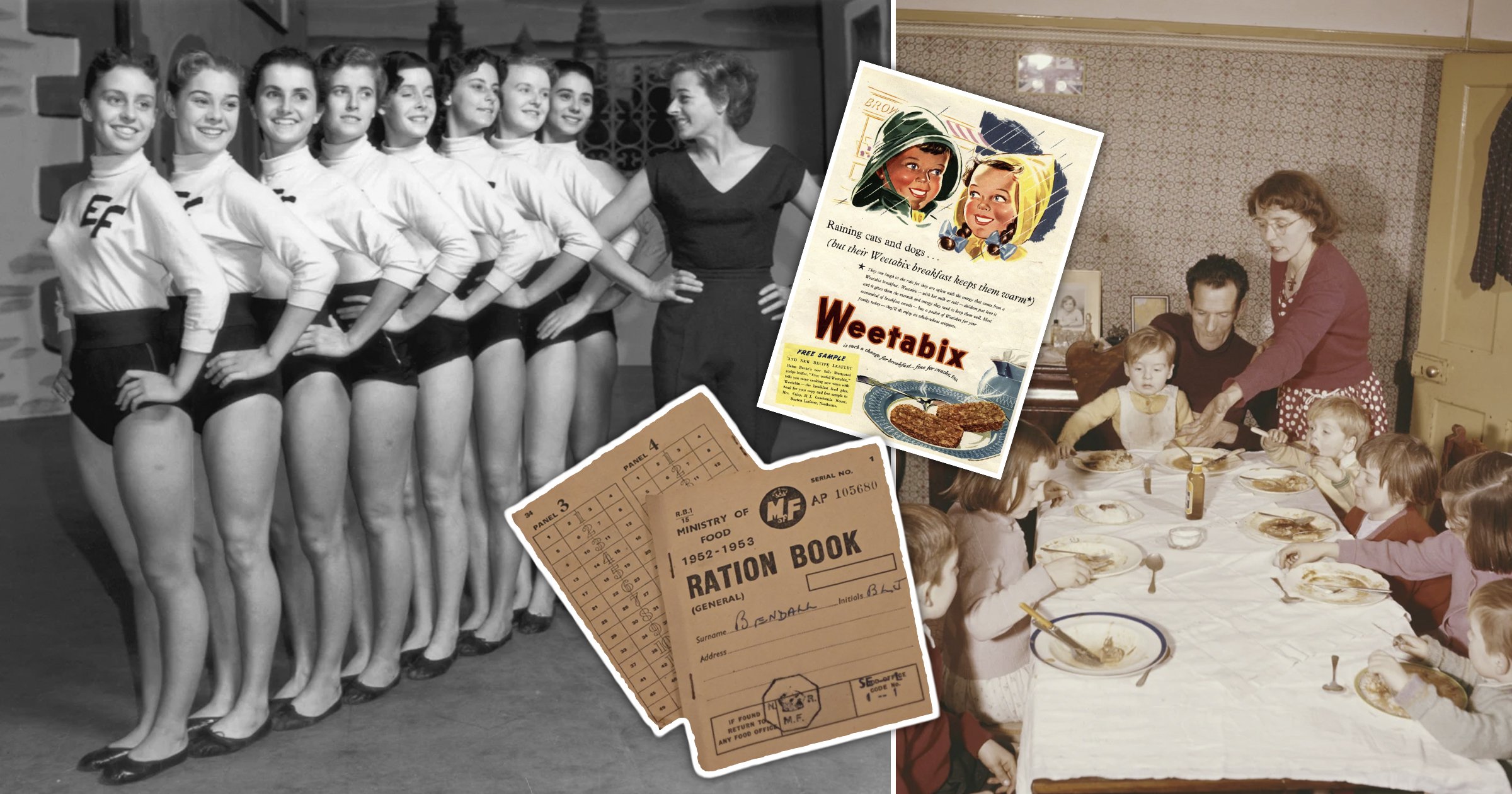 World War II may have ended in 1945, but its effects on women’s lifestyles lasted a lot longer, until well after Queen Elizabeth II was crowned.

Women were naturally more active as ‘helpful’ modern technology hadn’t kicked in quite yet and ongoing rationing meant people were eating plainer food and smaller portions.

Fewer refined carbs and lower-sugar fruits meant women consumed on average 400 calories fewer a day than we do now.

Read on to find out…

‘Women were more active in the 1950s than today due to lifestyle differences,’ says vintage expert Kate.

‘They walked more, rode bikes (as they didn’t have cars), did handwashing (with cranked mangles and washing on the line), and carried heavy vacuum cleaners.

‘They didn’t have sedentary jobs, and enjoyed gardening and walking the kids to school. It’s thought that a 1950s woman burnt 1,000 calories daily, almost double what today’s women burn. This was before any actual exercise! The vibrating exercise belt was popular – going round your waist, vibrating so fast you lose pounds.’

Most exercises happened in the home. ‘They were solitary, although classes became more popular throughout the decade,’ says Kate.

‘Popular activities were hula-hooping, callisthenics (early aerobics) and dancing. The first TV exercise show started in 1953 in the US called The Jack LaLanne Show, which slowly would have inspired British women.’

According to Katherine from the National Archives, the importance of women keeping physically fit was highlighted by World War II, when women were involved in manual labour on the home front.

‘In the 1950s, the trend was continuing, but physical activity was still gendered – women were encouraged to get involved in “suitable” fitness activities, but were discouraged from involvement in more vigorous sports,’ she says.

‘Popular physical activities for women included tennis, swimming and dance. Organisations such as the Women’s League Of Health And Beauty organised fitness classes across the country, which become extremely popular. They also organised mass exercise demonstration, such as the one that took place at Wembley Stadium in 1950.

‘In 1954, fitness instructor Eileen Fowler broadcast the first of many radio exercise programmes, with as many as 500,000 people joining in at 6.45am!’

Post-war rationing still existed in June 1952 for a lot of products including tea, sweets, chocolate, sugar, meat, eggs, butter, cheese and cooking oil. Some families bought chickens to rear in their gardens for the eggs and meat.

Many people didn’t have a freezer or a fridge, so in the summer milk was stored in a hole in the ground, covered by a stone slab. It also forced families to eat more seasonally and locally, and because of the lack of foreign travel, foreign cuisine was rare, and meals were plain.

‘Diets had a lot of meat, often from a can, and pasta didn’t start to become more popular until the 1960s, when cheaper package holidays were introduced. Weight-loss diets gained popularity in the 1950s.

‘Despite the end of rationing, women were now encouraged to trim their figures with beach-body diets, pre-Christmas diets and even the steak diet! The difference with previous decades was about being trim and having the perfect body. Many adverts reinforced that we should be slim for our man or look perfect to get one.’

Katherine Howells from The National Archives says the effect of ration books and information circulated by the Ministry Of Food even after the war ended had a profound effect on the way people thought about nutrition.

‘Food rationing continued into the 1950s, with sugar only being re-rationed in 1953 and meat in 1954,’ she says. ‘This meant, that in the early 1950s, most people ate similar diets as they did in wartime, with staples such as Spam and powdered eggs popular.

‘Diets were generally healthier than today, with people eating more vegetables and milk, and far less fat and sugar. People were more aware of the importance of seasonal produce, having been involved in growing vegetables during the war.

As rationing came to an end, people began to include higher levels of sugar in their diets, being a trend that would continue for the rest of the 20th century.

‘However, despite the continued presence of rationing in the early 1950s, women were still encouraged to lose weight through dieting and exercise. Woman’s Own magazine published articles advising women on diet and nutrition and associating a slim figure with femininity.’