Trailblazing Australian cinematographer Mandy Walker was not shocked by a troubling recent report that found that camera departments on film and television sets were havens for sexual harassment, bullying and poor mental health.

“A lot of that still goes on, but it is getting better,” she said. “The films that I work on now, we always have a training session at the beginning that’s about bullying and harassment.” 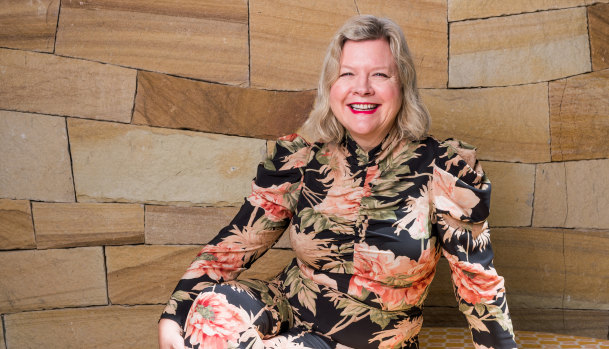 Australian cinematographer Mandy Walker, who is back in the country for the AACTA Awards next week.Credit:James Brickwood

That’s a marked improvement from when Walker, whose stellar international career includes Australia, Hidden Figures, Mulan, Elvis and Disney’s upcoming Snow White, was a young camera assistant who reported an incident of sexual harassment to the production department.

“They just said ‘oh, just go and deal with it yourself’,” she said. “That doesn’t happen any more.

“Now you can report it – and report it anonymously – and there are many more avenues to deal with it.”

Walker, who is back in the country for the Australian Academy of Cinema and Television Arts (AACTA) Awards next week, has led a new generation of female cinematographers that includes Oscar-nominated Ari Wegner (The Power of the Dog) and Emmy-nominated Zoe White (The Handmaid’s Tale).

And she does everything she can, including mentoring, speaking to film students and setting up a diversity and inclusion committee for the Oscars cinematographers branch, to encourage more women to join camera departments.

That troubling report, commissioned by the Australian Cinematographers Society and released in July, showed that men shot 91 per cent of films and scripted TV series from 2011 to 2019. 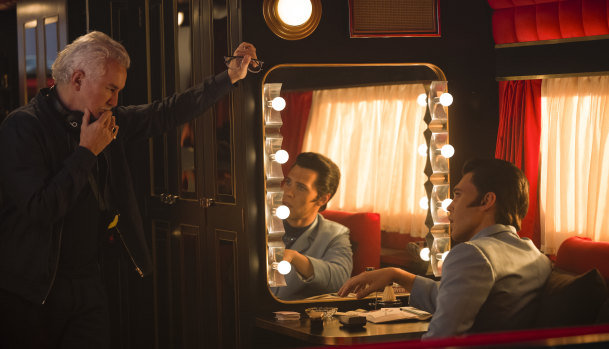 Director Baz Luhrmann with Austin Butler on the set of Elvis.Credit:Warner Bros

Despite the lack of role models, Walker knew from her mid-teens, growing up in Melbourne with a love of photography and storytelling, that she wanted to shoot films for a living.

She is nominated at the AACTA Awards for Elvis against the cinematographers for the dark drama The Stranger, fierce Indigenous western The Drovers Wife The Legend Of Molly Johnson, fantasy romance Three Thousand Years Of Longing and darkly imaginative drama Blaze. A woman has never won best cinematography at the AACTA or earlier AFI Awards since they became a competitive awards ceremony in 1976.

“What Baz and I talked about was replicating those exactly,” she said. “And I also had to scour the Australian rock and roll scene for period lighting for the TV studio and the stage sequences because a lot of the lights were in shot.”

Walker, who started work on Elvis early enough to film Austin Butler’s audition to play Presley, is proud of what the Australian crew and cast were able to achieve despite the pandemic’s disruptions.

“Someone came up the other day and said, ‘I’ve seen the film 28 times’, so I feel like it’s been good timing for it to come out at the cinema,” she said.

The film categories at the awards look like a showdown between two very different hits: Elvis, which has taken $US286 million ($420 million) at the worldwide box office, and Thomas M. Wright’s The Stranger, which quickly registered 28 million viewing hours on Netflix.

They are both up for best film alongside Three Thousand Years of Longing, The Drover’s Wife The Legend of Molly Johnson, horror comedy Sissy and Western Sydney drama Here Out West.

In the television categories, the ABC’s Mystery Road: Origin leads the nominations with 15. It is up for best drama series against Netflix’s Heartbreak High, Foxtel/Binge’s Love Me and Stan’s Bump, The Tourist and Wolf Like Me.

The AACTA industry awards are on Monday with the main awards on Wednesday, broadcast on the Ten Network.