Bathurst musician Gabbi Bolt once hustled her way into duetting with a former Australian prime minister.

During lockdown she got behind Kevin Rudd’s call for a Murdoch royal commission by “making a really awful old-school hip-hop song [as an online video] which I tagged him in,” she says. “Then K-Rudd shared it to his socials. I wrote him another song and left a space for him to simply say his name and he actually went the whole nine yards and did some vocal ad-libs in his duet.” 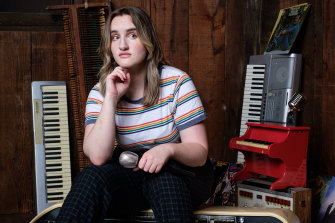 Bolt is one of a handful of “content creators” performing at the Melbourne International Comedy Festival who blew up online – some before they ever saw a real life stage. Many found fame on TikTok, the Chinese-run social media platform which last September hit 1 billion active users.

For Bolt, the K-Rudd duet wasn’t even The Big One.

“Ratatousical was a huge fluke,” she shrugs. “People on TikTok were making songs for a completely hypothetical question, ‘what if 2007 Pixar [animated film] Ratatouille was a musical?’”

She uploaded a song about the protagonist’s dad called Trash is our Treasure “then completely forgot about it, thinking my audience was mostly Australians who wouldn’t engage with it”.

The next morning she woke up to “85,000 likes and about a month later I was contacted by Seaview, a Broadway production company, saying they wanted to make it with industry professionals”.

Cut to Bolt co-orchestrating a 20-piece female orchestra. “It was absolutely insane.”
Her cutting ditties were also noticed by The Chaser. “Charles Firth called me up and pretty much offered me a job on the spot.” Bolt’s show this year is titled I Hope My Keyboard Doesn’t Break. 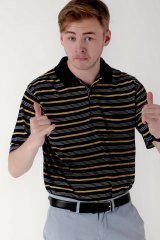 “I always get mortified when I have to post a brand deal from companies that are definitely run by old people,” says Pavey. “And by old I mean anyone 27 plus because they just don’t understand what makes a TikTok go viral.”

In September 2019, Pavey posted a 14-second video of him as a nine-year-old waking up his mum early Christmas morning with blaring, sweary rap music. He played both roles with impish aplomb. It’s notched up 1.2 million views and Pavey has amassed 812,000 followers. TikTok’s algorithms push his snappy videos out to a steadily increasing number of users looking for LOLs.

He’s parlayed this success by “monetising it and doing brand deals and sponsored posts with income from stand-up on the side.”

He appears in Melbourne comedian Luke Kidgell’s show at the festival this year titled Cheers To That!

Kidgell and Pavey met on a podcast, hit it off and Kidgell – a road-dog with 700 shows and four national tours under his belt – took Pavey under his wing, guiding him out from behind self-shot iPhone videos to the bright yellow lights of comedy venues. Kidgell himself is low-key massive, with 340,000 Facebook followers. He’s just had a very Millennial career highlight: “I’m a proud Belieber and Justin Bieber shared one of my old videos on his Instagram story a few weeks ago.”

Melbourne’s Samantha Andrew is another TikTok star who’s getting out from behind the selfie ring-light. 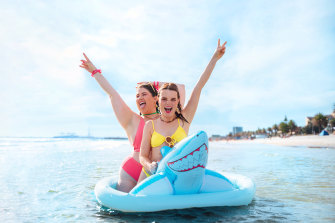 “Like many people, I decided to hang up my ‘I’m too old for TikTok’ boots as soon as Melbourne went into lockdown,” she says. “One day I posted a comedy sketch about what it’s like shopping with your friends when you were 12. It went viral, then I just kept pumping the sketches out.”

Andrew now has 273,000 TikTok fans and brands desperate to be associated with her goofy cool.

“I recently worked with Bailey Nelson, and they gave me full creative freedom, so I wrote a ‘Shopping for sunnies with your boomer dad’ sketch. It went viral because it didn’t look like an ad.” Her show this year is a two-hander musical cabaret with Mel O’Brien called Shit-Wrecked!.

So why the move from being in socks in the bedroom to treading the boards? Well, they’re all show-offs who want to hear crowds laugh in real time. Also, TikTok’s algorithm can be fickle – live stand-up is another basket for comedy eggs.

Pavey got the bug after playing Comics Lounge in North Melbourne for the first time. “I was absolutely petrified of bombing that night but I crushed it and I was hooked.”

Andrew feels more at home on stage than editing clips on her laptop. “I have been performing since the age of five.” TikTok is fine but doesn’t compare to “people howling with laughter. That’s when I know ‘OK sick, it’s not in my head, these songs are funny and we have something here’.”

Outside of Cheers To That! boy-wonder Pavey heads to the Raw Comedy National Grand Final this Sunday as hot favourite. His career ascension probably won’t be adversely affected if he loses.

“I’ve had to do ads like ‘Phone volleyball!’ and ‘Chobani yoghurt TikTok dance’ which has resulted in a massive loss of self-respect,” he quips, “But I still do it because I love money.”

The Melbourne International Comedy Festival runs until April 24. The Age is a major media partner.