Proof you can’t trust Instagram! Women share hilarious unfiltered snaps alongside their most flattering selfies – and you won’t believe they’re the same people

We all know that many people’s Instagram snaps are usually the result of angles, lighting, perfect make-up and lots of filtering.

But now a set of hilarious before and after photos has revealed just how little you can trust the supposedly perfect images you see portrayed on social media.

Bored Panda has shared a selection of the best images from the Reddit thread PrettyGirlsUglyFaces, where women from around the world share their best and worst selfies with the aim of looking as bad as possible.

Not only will you be astounded at the difference in their snaps, but they will certainly make you think twice before believing everything you see on Instagram in the future. 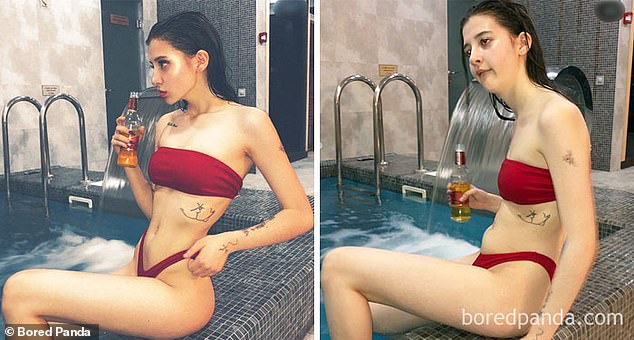 A Reddit user from Brazil shared this snap looking glamorous by the pool and flaunting a perfectly toned stomach. But one unfiltered goofy facial expression and a bit of slouching later, it was a very different scene 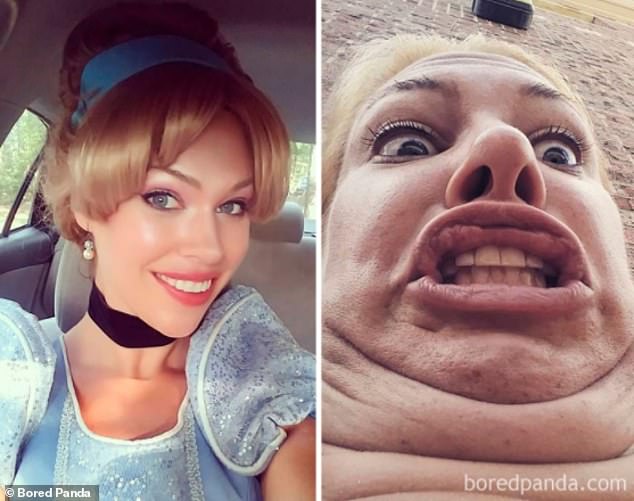 Not such a perfect princess! Disney cosplayer Michelle from Seattle can go from being a glowing Cinderella to a look that would definitely scare away small children 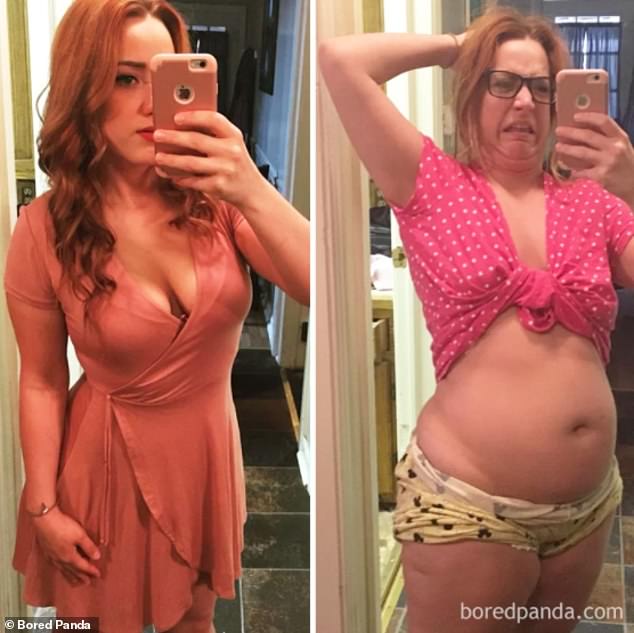 Emily from Louisiana joked that she’s not pregnant in the right picture, she’s just ‘rally talented’ at taking an unflattering snap 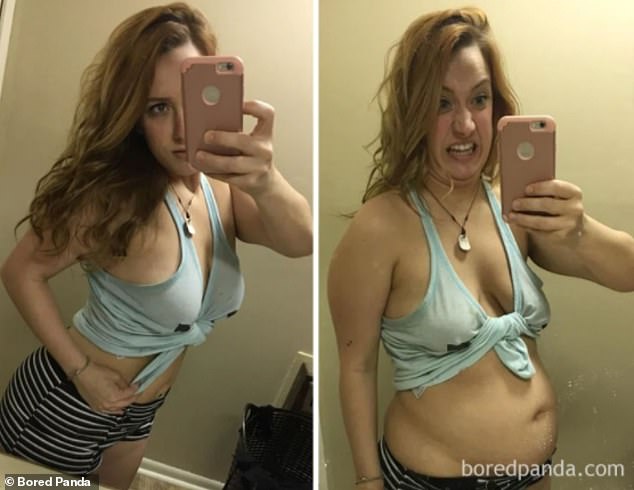 That’s a real skill! Emily from Louisiana also managed to undergo quite the transformation simply by enjoying herself over Thanksgiving 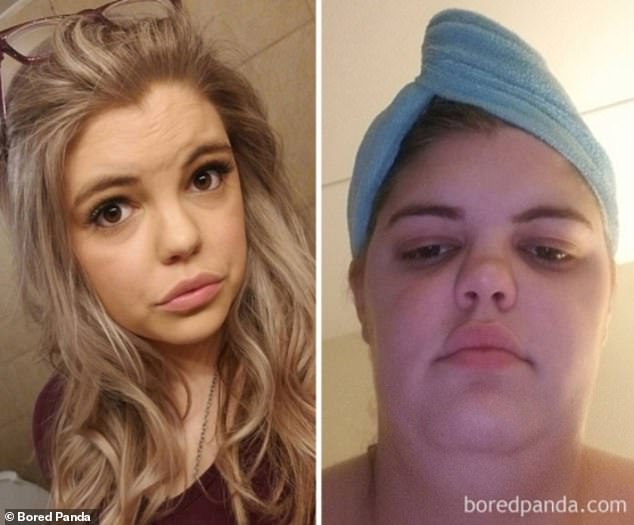 Spot the difference! Reddit user NOT__UNDERCOVER___ said she uses this image if she receives a cheeky request for ‘shower pictures’ 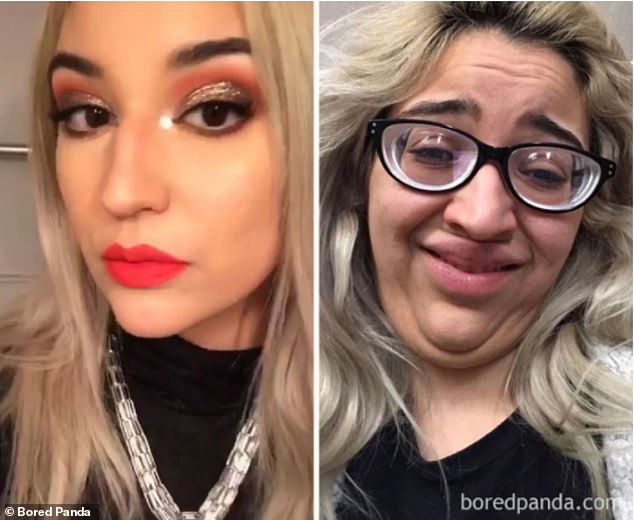 Victoria Lucas from Texas shared a snap of her wife looking ‘beautiful and hideous’, and admittedly it was quite the transformation! 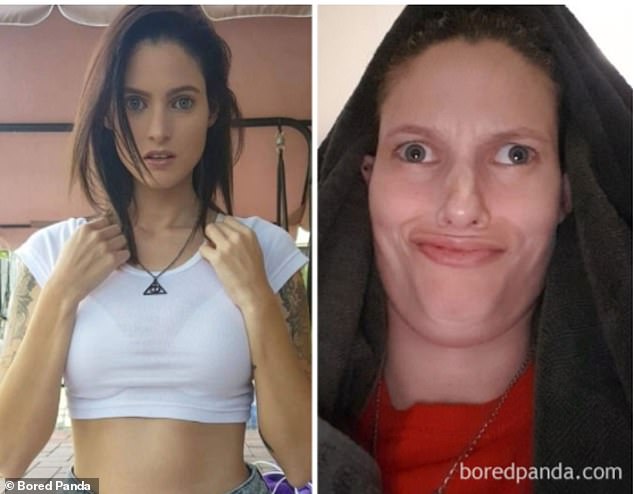 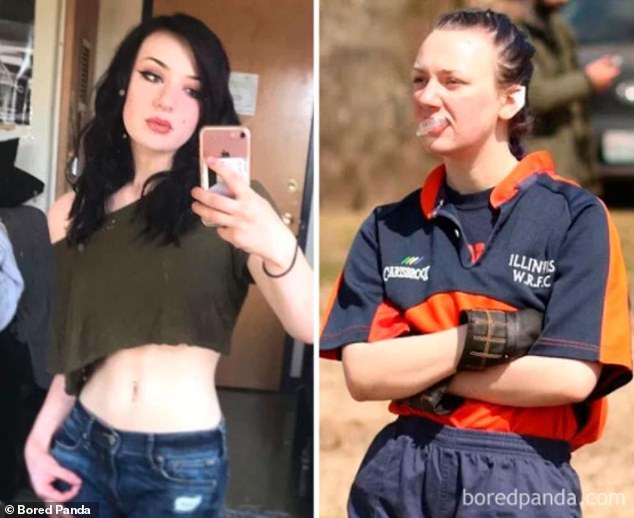 Sporty spice! A rugby player from Illinois demonstrated just how different she looks when she’s not tearing around the field 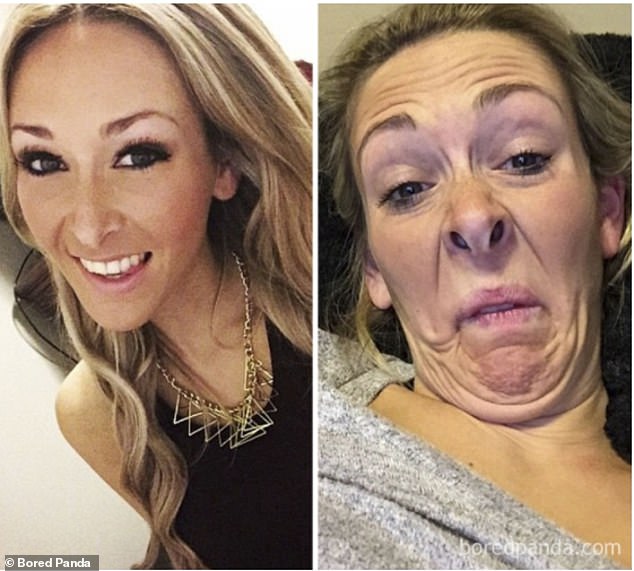 Instagram goals! An unnamed woman whose location wasn’t indicated revealed her special skill for looking as bad as possible in a selfie 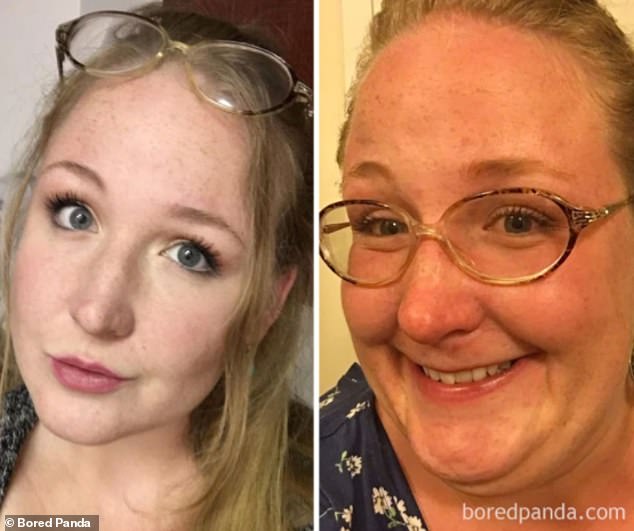 Reddit user Dipitydoodahdipityay, believed to be from the US, said that she can go from pretty girl next door to ‘Aunt Edna’ simply by putting her glasses on